Final Fantasy releases have always been something to look forward to. Years between iterations really build the hype and excitement for each game.  I have played every numerical Final Fantasy game except for XI, which doesn’t count because it’s an MMORPG. I love the Final Fantasy series but have always had a hard time finishing them for a variety of reasons. Final Fantasy XIII is no exception. 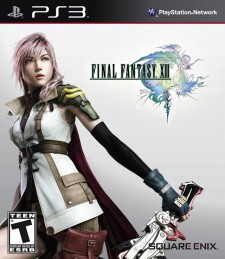 I played it everyday after purchasing the game at its midnight release, but gradually that desire waned. I wanted to take some time to look back at what I’ve played so far and see if there was any desire left to finish the game.

I really enjoy the fighting system. It keeps things interesting each fight, due to the different Paradigms. These Paradigms are like the job systems of past Final Fantasies. You have your Commando, Ravager, Sentinel, Medic, Synergist, and Saboteur, each having different jobs. You are free to switch these roles during each battle as many times as you want. But not every character is able to become each role.

This system keeps each battle different from the other and can be challenging. Depending on the enemy, the attacks your character performs could do a ton of damage or very little. The strength of the attacks is determined by which Paradigm you have selected. So it can be a bit of trial and error before finding the exact combination to kill the enemy the quickest without taking much damage.

I love the fact that your party fully heals after each battle. In past games this was not really an issue because you could blaze through an enemy without taking any damage. That is not the case within Final Fantasy XIII. Some of the random enemy encounters are hard. I’ve died more than once on a simple enemy, just because I wasn’t paying attention to the health of my character.

For years, Square Enix has been known for their eye-popping visuals. The massive amount of details in the main game, as well as the cutscenes, is almost unrivaled by any game development studio. One thing that this game does better than any other Final Fantasy in the past, is the near seamless transition from cutscene to actual gameplay.

I could say that I would watch an entire movie of just their cutscenes, but I’ve seen Final Fantasy: The Spirits Within.

The first twenty hours, the game is SLOW. While I understand the method behind rolling out the gameplay mechanics piece by piece, there is no reason to do this over almost twenty hours. At this point in the game I should be choosing which mechanic I use or don’t use to great success or failure.

In more recent RPG’s like Fallout 3 and Mass Effect 2, side quests are a huge part of those games. While I’m not a huge side quest completist, I like at least a little bit of freedom to go where I want. Final Fantasy XIII is supposed to open up in the later chapters but right now it is locked into the path they want you to travel. If the developers have to lock me on a path, at least make it appear that I have freedom of choice. It is no coincedence that XIII resembles X in this manner. It was made by the same team of people within Square Enix. 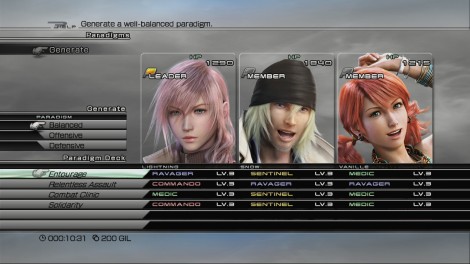 Like with any new game I purchase, I play it relentlessly until something comes up that stops me from putting it in the system. It could be another game, but it usually is something within the game itself that stops me. If I had to pick one reason why I have stopped playing Final Fantasy XIII, I don’t know if I could narrow it down. I keep trying to tell myself that I like it and will get back to playing but it seems like such a daunting task. The funny thing is, writing about Final Fantasy XIII has made me want to get back into playing it.

Closing Thoughts: Right now I just want to get past the dull parts. I’m enjoying the story even if it is confusing as hell and want to find out what happens to these characters. But if nothing changes in the next 10-15 hours or so, I don’t know if I’ll ever finish it.