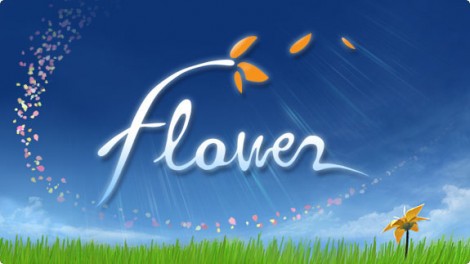 Don't judge a game by its name.

When I was younger I used to be somewhat embarrassed about the fact that I played video games. It was usually when that topic of conversation was within earshot of girls. Those days have long passed me by and now I seem to be the go to guy at my “real job” for any video game news and reviews. I have been enjoying that role immensely but sometimes it brings me back to those feelings I had long ago. With the PS3 and Xbox 360, you can see what your friends are playing and since I’m friends with a few of those guys at work, they’ve seen me playing flower.

What the Hell is Flower?

Based on the name only, you can see why it might be an embarrassing title from the start. Especially when your ‘friends’ don’t know what the game is or anything about it. flower is a downloadable title exclusively on PSN, where you use the six-axis controller to control the wind and collect flower petals on your journey. Developed by thatgamecompany, who also developed flOw, it’s a unique title that carries an environmental message along with it.

Sounds cheesy, doesn’t it? That’s the reason why it’s somewhat embarrassing to play but once you start it’s hard to stop. The completionist comes out in the player and you have to get all the petals and every secret in each level. Despite what you might interpret from the surface, this is a video game that has some challenge to it. However, that challenge doesn’t come from shooting enemies or level-grinding your character. It’s uniqueness is what drives it.

It’s Cool, You Should Try It

I felt like I had to play this game alone, even away from my wife’s eyes. I figured that she might like a game this uncomplicated and yet I felt shame to even show it off to her. She’s a very open person and doesn’t mind that my main hobby is playing video games, but this game is so different from the norm that she might think I’m weird. I’ve discovered that I can think I’m weird, but when the closest human being to you thinks those same things, it’s a little disheartening. After finally showing it to her, she wasn’t that interested or judgmental. She just asked “What the hell is this?” and after a quick explanation returned to the laptop and ignored what I was doing.

My fear of being caught enjoying flower is irrational sure, but friends can be brutal. Their clever little quips and insults, while not offensive in the least (I give it back to them just as bad as they give it to me), makes me stammer, hem and haw until I find a way out of the conversation. It’s better to live a life away from these types of situations. 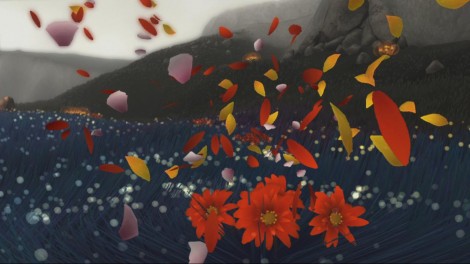 No shame in my game. Maybe a little.

The Shame Lives On

The title of this series puts flower into perspective quite well. It is definitely a game of shame for me. I love it almost unconditionally, yet I don’t want others to know how much I enjoy it. When caught playing this game, I try to quickly explain why it’s a great game and then quickly change the subject if they don’t bite. Most of the time I get smirks and weird looks. And I’m okay with that, I think.