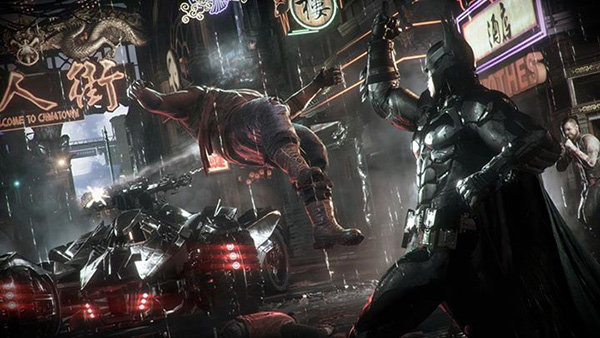 I kind of feel like a dick for how I’ve treated Arkham Knight. It has been subject to a lot of criticism from me throughout its development. That criticism comes from a positive place though. Arkham Asylum is one of my favorite games of all time, if not just my favorite superhero game.

Stop and think about where superhero games were before Asylum came out. Batman not only changed superhero games, but it changed action games. The core gameplay is the best brawler since the 2D arcade games of the late 80s/early 90s. A fighting system that has been mimicked almost as much as Gears of War’s cover-based shooting. That mimicking, and the fact that Knight is the 4th Arkham game in 6 years, has given a lot people, including myself, an uncomfortable fatigue with the series. From that fatigue comes ill-formed ideas on how to “fix” the series. Which begs the question, was it broken?

The time for criticism will come. I will always want the perfect Batman game. I will always want a perfect action game. I will want to define Arkham Knight’s place. However, based on how I instantaneously pushed aside all of my prepared prejudice the moment the Batmobile helped me takedown my first thug, I’m pretty sure Rocksteady wants the same thing. I’m at peace and I’m ready to exact my vengeance on the foes of Gotham once again.

Batman: Arkham Knight was released on June 23rd and is available on Xbox One, PS4, and PC. For more B:AK check out the archive video of Aaron’s Livestream.