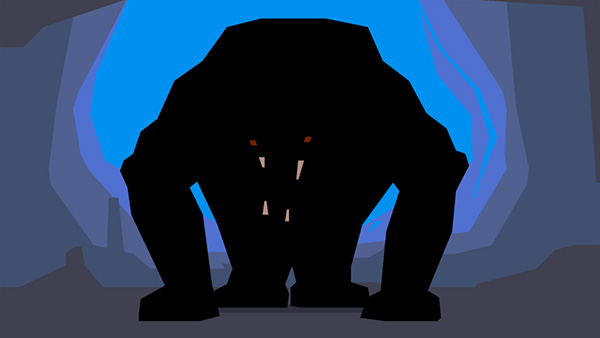 I was Nintendo-less until 1995 or so, which means I didn’t have the Super Nintendo, which means my only contact with the somewhat unusual puzzle-platformer Out of this World was over at one of my buddy’s houses (although I now know it was released on Genesis, too). There was always some strange attraction to the game’s unusual art style (and rotoscoped animation) and unmistakable audio tracks. 20 some years later, I realize that part of that attraction was the games’ adoption of mid-20th century pulp science fiction elements (the initial demon-dog encounter described only by a hulking black shadow with red eyes; the bulky and cro-magnon like enemies encased in some futuristic tech armor, the elongated laser blasts zipping halfway across the screen) and part of it was the uniqueness of the game’s slowness.

For all of the manic bouncing of Donkey Kong Country and Liu Kang dragon kicks, Out of This World is almost plodding. No button mashing or quick reflexes can save you; you have to meticulously plan out your moves. It is hard, particularly for a couple of adolescents hopped up on Surge. You get to see a lot of (fairly gruesome) death screens if you aren’t careful. Heck, even if you are.

Can you feel the peril?

I only got to play it a few times at my friend’s house (after all, he had Cybernator, too), so when I saw it had gotten the HD treatment on Xbox One, I had to give it a shot. 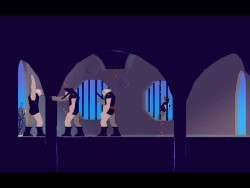 The Daisy Dukes were period appropriate.

Everything good and weird about the original is still present, with some of the pixelation of the original smoothed out (turning off the HD treatment revealed a blockiness that resembles a lot of our modern-day indie pixel-art style games, which makes me think it was an intentional stylistic decision even way back when). It is still hard, it still requires planning, and I still had to think about how to solve the puzzles. I was having a good time.

Then…then I decided to explore instead of taking the route that I knew would get me where I wanted to go. I hit a dead end that I couldn’t get out of. The only option was to clear my save game and start over.

For all of its slightly weird charm and strange-but-clear communication between you and your rescued-prisoner-alien buddy, I haven’t been back since. 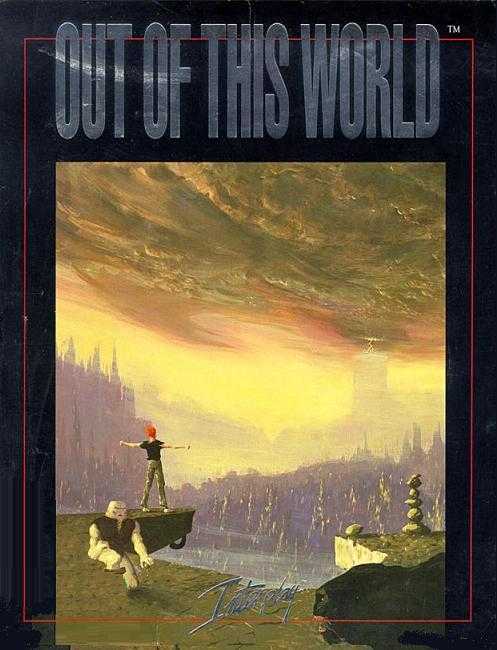