This year was an odd one for me. I spent more time on individual games this year rather than trying to play a ton of different games. I did still play quite a few different ones, but I ended up spending more time with each one than I had in previous years. In trying to come up with a “best of list,” the older games that I finally finished feel right at home next to the new releases.

Before I get going though:

The game that should be on this list but I haven’t played yet:

I’ve heard nothing but amazing things about South Park: The Stick of Truth. I’ve tried to stay as “spoiler-free” as possible, not that this is a “spoiler” heavy game, but I just want to be surprised by every joke. I picked this up late in the year during the Steam Winter Sale so I haven’t had a whole lot of time to play it. This is something I’ll definitely be jumping into as soon as I get away from Dragon Age: Inquisition.

The Legend of Heroes: Trails in the Sky

This might take the record of oldest game I’ve ever had on a game of the year list. Initially released in 2004, it finally got a Steam release at the end of July. So why is a ten year-old game one of my top games of 2014? It’s an interesting throwback to why I love JRPGs. Instead of going back and playing Final Fantasy VI, Suikoden, or Chrono Trigger, I have the opportunity to play a new game in the genre.

The Legend of Heroes: Trails in the Sky has a lot of content in an interesting world with interesting characters which on their own make the game enjoyable. Add in the battle system and the highly detailed (though clearly old) graphics which and this is a must play for any fan of the genre. I haven’t even come close to finishing it, but I will spend more time with this game in 2015.

After being somewhat bored by Mario Kart 7 on the 3DS and being totally indifferent to the series after playing Double Dash, Mario Kart 8 has renewed my love for this series. There was never any doubt that once Nintendo games were finally in HD the fans would be rewarded with luscious colors and highly detailed characters and environments. Mario Kart 8 shows off what Nintendo does best.

I have yet to get into any of the DLC that was released late last year, but I know it will add to the already insane local multiplayer sessions I’ve had with that game in the past couple of months. It’s always a hit at game night, and I feel it could become one of those games we always come back to for a competitive outlet. The lack of a pure battle mode of old is disappointing, but the rest of the package makes up for that being missing. 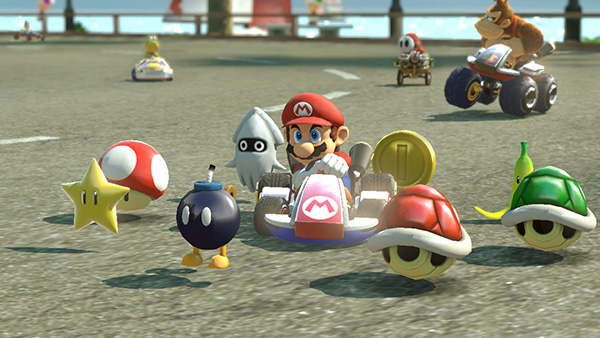 Just in case you thought Luigi was the only Mario Brother in this game.

The Last of Us: Remastered

Sometimes I do really dumb things like buy a game on PS3, never play it, and then wait until the remastered edition comes out a year later on a new console. I did this with The Last of Us: Remastered and I feel really dumb for having waited. What can I add that hasn’t already been said? It’s one of the greatest stories I’ve ever experienced in video game form. I know some people had some issues with how the game played, but that didn’t bother me. I had fun playing on normal and just enjoying the story while not getting too stressed out about the combat. I cannot wait to see what Naughty Dog can do with Uncharted 4.

There’s a theme with my list this year and I think it’s fairly telling on 2014 as a whole. Yes, there were some great games released this year, but overall I was more interested in rereleases than I ever have been before. Dust: An Elysian Tail was one of those games and one that I completely loved.

I loved it when it originally came out in 2012 but never got around to finishing it (another recurring theme). I love its Metroidvania style and the story was surprisingly moving. I still can’t believe this game was basically developed by one person and he gets my kudos again. Even with some crashing issues in the late game, it wasn’t enough to affect my overall opinion on the game. This is one that I’ll be coming back to in years to come, much like I go back to Castlevania: Symphony of the Night every so often. It’s not quite on that level, but something that I really enjoyed this year.

I need to play more of this game. It’s the only game in recent memory that has me wanting to play every day for as long as I can. I’ve put 35 hours in and have barely scratched the surface. I need to start doing the main quest stuff because I’m afraid I’ll get bored and give it up and that’s not something I want to do.

I don’t know what it is about this game that has drawn all of my attention, but I went from “not interested” when it first came out to “this is one of my favorite games of all time.” Dragon Age: Inquisition just does something for me that no other game since Mass Effect 2 has done (which makes a ton of sense). The game has made me a completionist.

I’ve actually been putting off writing this because I’ve been playing any chance I get. It might be my GOTY for 2015, too. The first ever back to back winner! 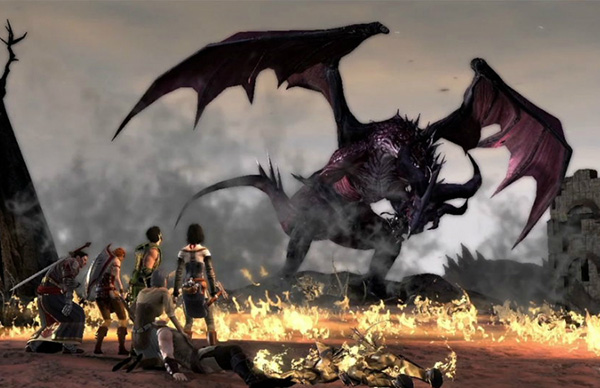 Will you answer some questions for us, Dragon?