Look who’s back. Fresh off The 2013 Grimmys, it’s safe to say that video games definitely happened last year and they’re gonna continue happening this year. I’ve spent the last month returning to games that I’d barely cracked the surface on and pushed myself to get to the end credits, whether I wanted to or not. A Link Between Worlds, I’m looking at you. I want to play it forever. Grab your last-gen controllers. Time to dust off some Radio Waves. 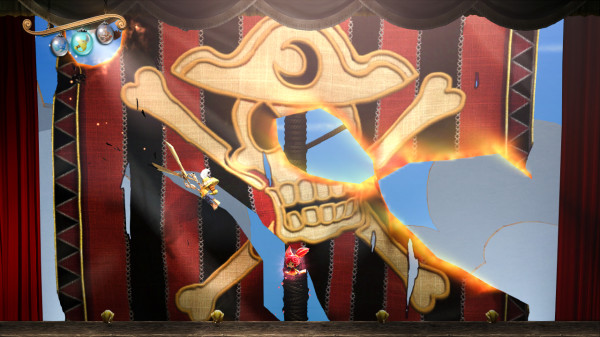 Yar, this be blasphemy!

I can understand how I might have let a game like Puppeteer slip through the cracks last year. It released in September, the same month that I picked up a Wii U and Grand Theft Auto V. I could even almost forgive myself for passing it up if it wasn’t for how charming it turned out to be. This action-platformer, available on the PS3, is filled with so much energy and character that make it one of the most feel-good games released in 2013.

The plot is that Kutaro, an Earth child, has his soul placed inside the body of a puppet for a life of servitude to the evil Moon Bear King. With some help from others who wish to end the MBK’s rule, Kutaro utilizes a pair of special scissors to take down the bear’s generals and free the other trapped souls. The game is a little “out there”, but that’s what I find myself loving about it. There’s a narrator, all of the characters are puppets and the stages literally take place on an ever-changing stage. As an long-time platforming fan, I can’t recommend Puppeteer enough and regret that it didn’t make its way into the Grimmys discussion. 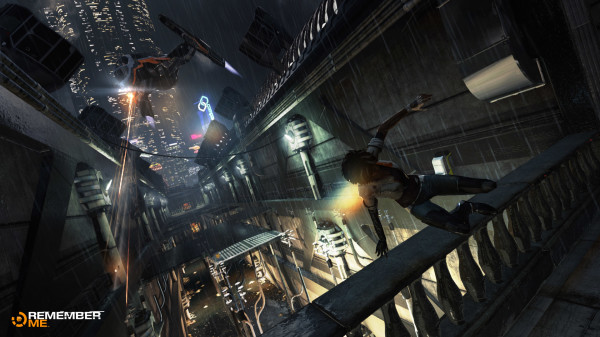 If you caught the Grimmys early last month (and if not, you should), a joke that developed was that Remember Me was the honorary mention for several awards. Now having rented the game, it certainly feels like it could have been in some respects. Remember Me reeks of ambition and style, but is otherwise fairly standard in terms of its platforming and Batman-esque combat.

In two long sessions, I blasted my way through the Parisian streets as Nilin, apparently a master of hunting memories. I say “apparently”, because sadly she only alters the memories of a few select individuals. While the climbing and fighting felt stripped from stronger games, the memory remixing elevates the experience slightly. While it’s impossible to fail these sequences, scrubbing back and forth through someone’s mind to warp their perception of events is gameplay that definitely deserves to make a more impactful return. Also, blasting the memories out of people’s foreheads to kill them seems just a tad more violent a concept than simply shooting them. Don’t mess with Nilin. 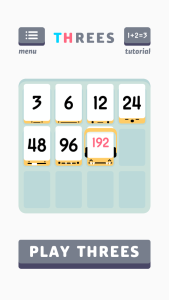 A very new addition to my mobile gaming library is a simple and delightful puzzler by the name of Threes! The goal is manage a 4 x 4 playing field of numbered blocks that can be merged to form greater numbers, meaning larger payouts once you can’t merge anymore. The number two combines with one to make three, but the rest of the numbers add only with themselves (3 + 3, 6 + 6…) to progress higher and higher.

A recurring theme in this edition of Radio Waves is style and Threes has it as well. As basic of a puzzler as this is, the game still manages a life of its own. The blocks talk in cute and goofy voices, greeting the player and each other as they slide around. My current high score is in the 4000s, but I’ve seen mention of scores over 10,000 on Twitter. Threes launched at a sale price of $2, which is 33.3% off of its normal price of… three. That’s awesome.

Toad Rider (iOS)  – Remember the infamous and tough-as-nails hovercraft level in Battletoads? For a buck, it can live on in the form of a mobile endless runner with a progression system. I have no regrets.

The LEGO Movie (film) – I know I normally only talk about games, but I’m making a special exception for this one. I laughed, my feels hurt and I probably could have been easily sold anything LEGO related as I was leaving. 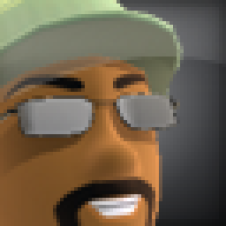