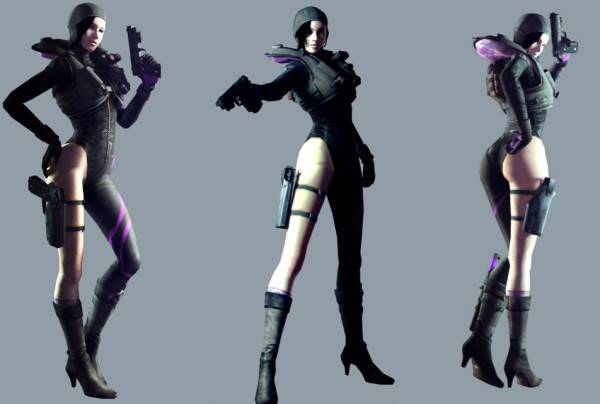 I’m probably the last person that should be making  judgment calls on people’s clothing choices. I only really own a couple of pair of pants and one of those happen to be lederhosen. After playing Resident Evil: Revelations, however, I feel the need to call out a certain BSAA agent in regards to what she considers fashion.

In reality, neither of the two other heroines in RE:R really came dressed for the mission, as both Jill Valentine and Rachel Foley opted for skin tight, cleavage revealing wet suits as opposed to the more functional attire of their male counterparts. Still, neither came close to showing up Jessica Sherawat, whose sense of style could best be described a militarized version of Lady Gaga. For those of you not in the know, Ms. Gaga isn’t known for wearing functional clothing, let alone something that would be effective during a bioterrorism outbreak.

No Place for Snow Bunnies 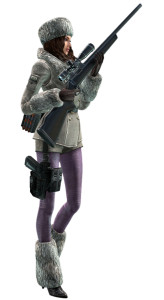 Warm, cozy and about as functional as a Snuggie.

When we first meet Jessica, she is partnered up with Chris Redfield. They are tasked with investigating the terrorist group “Veltro” at a remote, mountain top airport. Having been in similar situations before, Chris is suited up in fatigues and flak jacket; gear one would expect from para-military personnel. Jessica, on the other hand, has traded comfort for glam, sporting shorts, leggings and fur-lined high heel boots.

At first I assumed she was a person who’d wandered away from a ski resort by accident, but her sniper rifle made me realize she was actually supposed to be there. I was definitely concerned for Chris at this point, not because I doubted Jessica’s abilities as a field agent but because I found it hard to believe she’d be able to perform at maximum output when corns began to develop on her feet. If they needed to escape from a dangerous situation (which tends to happen in the Resident Evil universe) she’d have to kick those shoes off. That would then result in frost bite and possible amputation which would undoubtedly end her career.

Eventually the pair left the snowy mountain top and made their way for the Mediterranean sea. I assumed Jessica would put on a figure hugging suit like both Jill and Rachel, which, while still not the best option, was still better than her winter-time gear. She got part of the outfit down, but for some reason or another decided that wet suits have way too many legs, and showed up with a bare right leg. I don’t think I need to explain how dangerous bare flesh is when dealing with the bio-organic horrors that populate this series. She might as well have slathered butter on her things and yelled, “Open for business!” as soon as she stepped foot on the mutant filled cruise liner that the crew spent a majority of time on.

A Much Needed Heart to Heart

While I was concerned for her safety, I was equally shocked that none of her teammates said anything to her. Chris was her partner and I can’t imagine he’s the type to bite his tongue when an ally could be in danger.  Perhaps it’d be awkward at first, but in the long run it would have been a conversation that was mutually beneficial for everyone. It’d be horrible to have to explain to Jessica’s parents that she contracted the T-Abyss virus because her squad was too uncomfortable to give her some clothing pro tips. 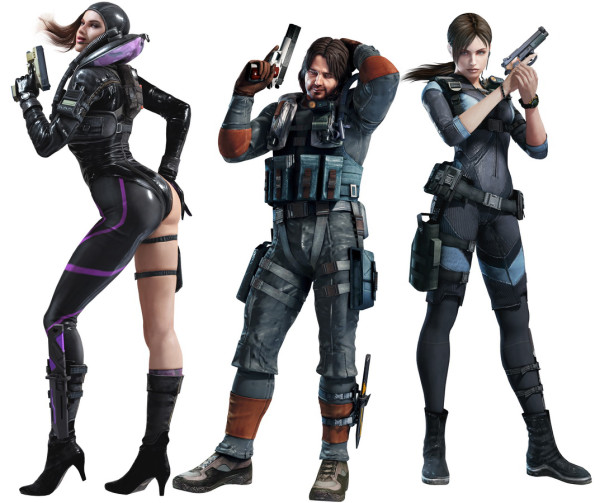 There’s both a time and a place for “flaunting it”, neither is on a floating laboratory.