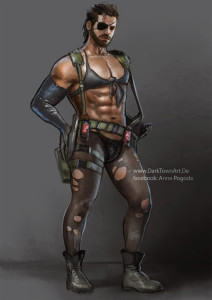 I’m not going to label an entire country of designers as “man babies,” but Japanese game development could use a few new faces after the giggling FF13 team added a cup to Lightning and now Hideo Kojima is adding more sexy to his MGS5 sniper. I don’t care how the game justifies it, today you continue to make you and your peers look incredibly juvenile and it is without merit. Sony made an unexpected play for the Japanese living room, and I’m hoping the Vita TV comes to North America. The potential of streaming from my PS4 from any room in my house and playing Vita games on my TV is very enticing. Finally, did you know that a lot of people like Wing Commander? I mean, I knew it was a beloved franchise, but I had no idea that it was a record setting crowd funding support level of beloved franchise. Best of luck to the Star Citizen team.