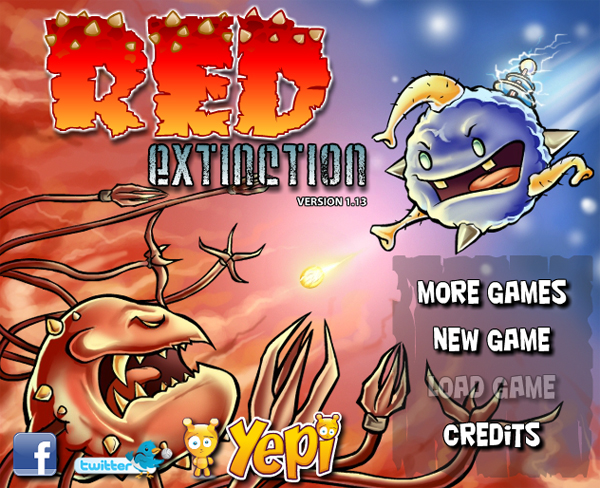 Everyone knows that your body’s means of protecting itself from foreign invaders is through the immune system, but I bet few of you know exactly how this works. I was just like you a few hours ago, but after playing Red Extinction I’ve come to realize that these battle are fought from a side-scrolling perspective; there’s a tiny Gradius battle inside all of us! 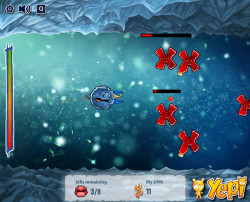 For some reason, reenactments of the battles in my body make me feel a lot better about my immune system. I always imagined white blood cells and the like mashing themselves into viruses and bacteria, the sort of interaction that could be mistaken for sex if it wasn’t for the fact something died soon after (normal, humane sex that is). Knowing that my body can produce such a robust system of upgrades for these cells makes me feel a lot better about ignoring the “5 second rule” and hanging around with sick, old people. As long as my immune system equips itself properly, I’m basically invincible (though not from bullets, knives and falling from great heights).

Anywho, despite being extremely educational, Red Extinction is also a pretty enjoyable game. There’s just something about loading up on weapons and flying around inside a body. Now that I think about it, I really hope the character I was playing was a good guy and not a bad one. If that was an invader, every bit of confidence gained from this game just floated out the window. Better go wash my hands now…