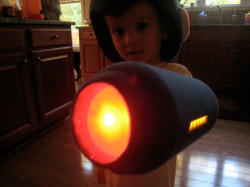 Get equipped with a new name.

No one really knew what to make of Gearbox picking up the Homeworld license from THQ. Hell, no one really knows what to make of Gearbox outside of Borderlands these days. In a savvy and incredibly awesome gesture though, Gearbox reached out to the development team behind a spiritual successor to Homeworld and is going to support the game by making it Homeworld canon. I never knew what to expect from Keiji Inafune (creator of Mega Man) striking out on his own, and while his team at Comcept has some other projects in the works, I was surprised to see a spiritual successor to Mega Man show up so quickly. Then again, why wouldn’t he make the Mega Man game he has always wanted to make, and this time the series fans will be able to support The Mighty No. 9 directly through Kickstarter. Finally, Xbox One ended the only remaining launch day mystery by announcing its, uh, launch day. Xbox One – Nov 22nd. PS4 – Nov 15th. Parents out shopping for the holidays on Nov 29th, surprisingly unaffected.