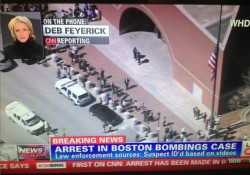 The most trusted name in…dammit.

If you’ve been out of touch looking at rocks on Mars, or paying attention to Miley Cyrus acting exactly like we expect pop stars to, or undergoing your annual medically induced coma, you probably missed the story where Grand Theft Auto IV was the direct causal element in a murder.* See, an 8 year-old kid in Louisiana was playing Grand Theft Auto IV, then stopped playing, got up, found his grandmother/caretaker’s gun and shot his grandmother/caretaker in the back of the head. You know it’s a true story because CNN.com’s lead in is, “An 8-year-old Louisiana boy intentionally shot and killed his elderly caregiver after playing a violent video game, authorities say.”

I hate writing articles like this. I mean, I hate it. Give me a solid First Amendment case and I’m off and running, even if we don’t have the column space for it. But things like this? Are you kidding me? It’s the soft science, the angry mob with torches lit but still looking for a villain and people who don’t want to admit that the answer to the problem is a massive clusterfuck of sociology, education, law enforcement and gun control reform coupled with parenting, poverty and God knows what else.

For a year between undergrad and law school, I worked for the Indiana Criminal Justice Institute, which was conducting the largest comprehensive study of criminal sentencing for murder in the United States at the time. By the end of that year, we had put together The Social Ecology of Murder in Indiana. I was a data monkey, really getting down into the raw data and coding it so that other people could do math to it and have nice, sanitized numbers. Towards the end of my first contract year, I was asked to explain what I had learned, partially because my bosses, political animals looking to survive, spent most of their time in meetings rather than doing science and, as a result, had no idea what was going on. Throughout the course of the year, I had been reading autopsy reports and psychological profiles and pre-sentencing reports and judges’ files and a whole bunch of other stuff, trying to find out if there was some sort of commonality between everyone who had ever been convicted of murder and received the death penalty, life without parole or a determinant sentence (period of years) since 1977. 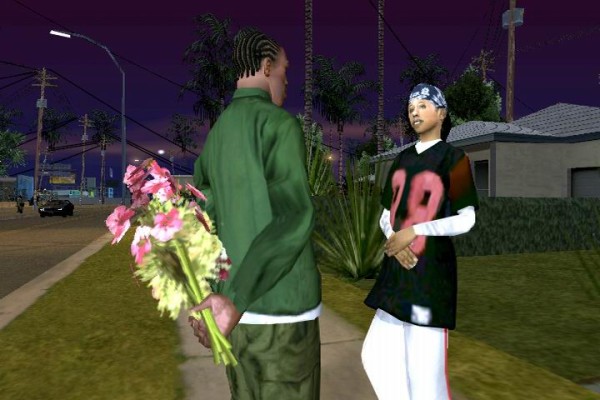 If you haven’t played any of the Grand Theft Auto games, all you do is wander around a city and slaughter people with no context or storyline. It’s a sociopathology simulator.

I imagine that it comes as no surprise that after I ran through the commonalities between the individuals (heavily made up of the poor and/or minorities with little formal education, lack of access to mental health care, physical, sexual and psychological abuse as a kid by caretakers, substance abuse problems with no treatment, had public defenders appointed to defend them and so on), I wasn’t asked to return for another contract year. Probably because I had the audacity to point out that the motivation for murder isn’t a data point – there are usually a whole host of things that lead a person to be in the state of mind where an intentional killing seems like a reasonable activity.

I only bring all of this up because, according to CNN, the murder was caused because an 8 year-old was playing a violent video game.

As I was discussing this with a friend and later with Justin L., we all had the exact same question: How in the hell did an 8 year-old get his hands on Grand Theft Auto IV? It’s not one of those murky situations where a teenager who might not be mature enough to handle a violent game and has responsible parents who won’t buy it for him still manages to get his hands on it because he borrows it from a friend or pays for it with his after-school-job-money. The kid is one-two-three-four-five-six-seven EIGHT. He can’t even see over the dashboard, let alone drive to GameStop. 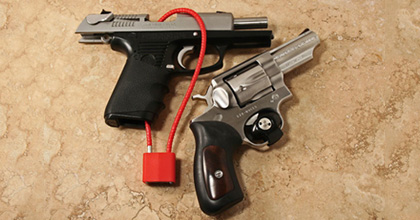 These are gun locks. For the record, you can get firearm locks FOR FREE from local law enforcement: http://www.projectchildsafe.org/

That’s right. That wasn’t our first question at all. Our first question was, “HOW IN THE FUCK DID AN EIGHT YEAR OLD GET HIS HANDS ON A LOADED FIREARM?!” (If you’re confused why CNN.com’s lead paragraph didn’t ask that question, the site’s managing editor clarifies here). As I’ve mentioned before, I’m a gun owner. I grew up with guns. My dad first taught me to shoot a BB gun when I was 5 or so. And even that early on, the rules were clear: Guns are not toys. You always treat a gun like it is loaded. You never point a gun at anything you don’t want to shoot. You only point a gun at a person if you intend to kill them. Even though I took those rules very seriously as a child, the firearms (including the BB gun) were kept secure and unloaded. Even now, with no children in the house, my firearm has a lock on it.

The more you think about it, the more horrifying and baffling an 8 year-old shooting his grandmother is. You know how, generally, you don’t give a second grader a chainsaw? Or, heck, an X-Acto knife, without serious adult supervision? This kid got his hands on a loaded, operational pistol. It’s tragic that this happened (I’m more worried about the kid’s mental and emotional development than anything), but come on. What the hell do you think is going to happen? It’s Aunt Bethany’s cat at Christmas-time, waiting to happen. Except, you know, not funny.

Mens rea is a Latin term used in criminal law to describe an individual’s state of mind; literally, it translates to “guilty mind.” In Louisiana, if you’re under the age of 10, you can’t be held accountable for your own criminal actions because you can’t form the mens rea necessary to be legally guilty of an act. (It’s the difference between negligent homicide and murder. In Indiana, murder is “knowingly or intentionally kills another human being,” versus reckless homicide, where you cause the death of another without intent for them to die but with the knowledge beforehand that your actions could create a life threatening risk and you take them anyway). In other words, because this 8 year-old child can’t form the guilty mind, he can’t be held criminally responsible for the death of his grandmother. 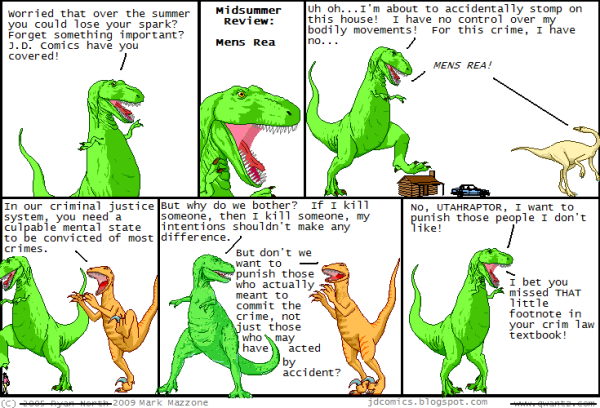 So, of course, the sheriff’s department in East Feliciana Parish released this statement: “Although a motive for the shooting is unknown at this time[,] investigators have learned that the juvenile suspect was playing a video game on the Play Station III ‘Grand Theft Auto IV,’ a realistic game that has been associated with encouraging violence and awards points to players for killing people, just minutes before the homicide occurred.” If I were Take Two or Rockstar, I’d be seriously considering suing the department for slander.

Of course, CNN saw that softball and smashed it right the hell out of the park. Conversely, Constance Steinkuehler, the former White House Senior Policy Analyst for Science and Technology [aka: person in charge of studying video games] had another take on the issue when she spoke to the Christian Science Monitor: CNN was trolling for page-views. She also had this to say:

We focus on video games instead of worrying about things like poverty, safety in the home, making sure there are two parents in the home, making sure the media children consume are developmentally appropriate, and keeping them away from loaded guns… Address poverty, number one. Address the fact that children are homeless, and in unsafe environments. It’s just not as politically sexy as claiming that GTA is murdering children.

And one other thing…

The Huffington Post later reported that the shooting had been ruled accidental, mainly because the kid thought the gun was a toy. So much for that aggression link.

*Not actually the direct causal element in the murder.