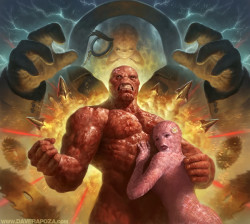 We are about to round the corner into our 20th game of the weekly arcade challenge at my office. Let it be known that I love leaderboards and competition among friends. Not only does it build a bit of camaraderie but it also helps you discover new awesome in some of your favorite games. This competition has recently expanded back into some of the online leaderboards of our favorite games. I was reminded that while I spent several days with Super Meat Boy on XBLA, I had yet to scratch the surface of my PC copy. I was thrilled to load the game up on PC and see that a dozen or so of my friends had already set the bar for high scores. Some “quick” work and half a dozen new record times later and I was thirsty for more challenges.

I moved onto another “I used to play this on consoles but haven’t touched it on PC” leaderboard-drive game, Trials Evolution. Unfortunately, I immediately slammed into a wall named Uplay which thinks it’s a good idea for me to start a platform specific friends list from scratch in 2013 in order to use its built-in leaderboards. Way to kill the momentum there, Ubisoft. I’ll go back to my Meat Boy until Spelunky comes out, thanks much.

Both games are dangerously addictive due to the near-perfection of their mechanics, but one outside factor completely changes my interest in revisiting their familiar content. I realized that I already place both games on my all-times classics list even though they are less than 5 years-old. I will revisit these games from time to time for nostalgic purposes. However, like the arcade challenges, there’s a big difference between getting a quick nostalgia fix and drowning in the details to pull out a high score to show to your friends. The potential for long-lasting online leaderboards will extend the life of a lot of these modern classics, as long as ignorant publishers don’t get in the way.