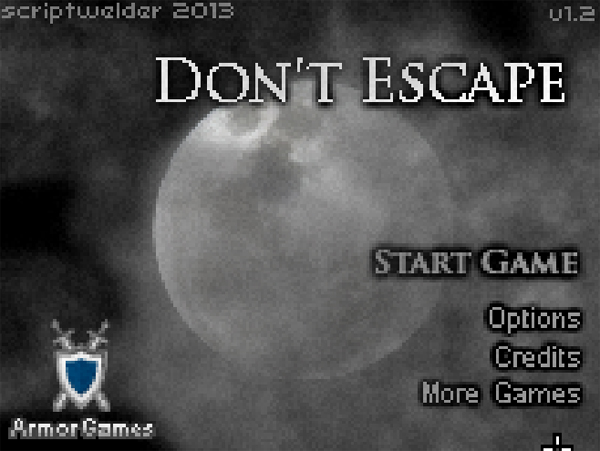 If I had to name the go to game maker for Cheap and Dirty Gamer, it’d have to be good ole’ Scriptwelder. His games are short, sweet and to the point but that doesn’t stop him from experimenting a bit as well. The latest game from his library is a quick little nugget that will take you all of ten minutes to figure out, that is as long as you can actually figure it out. 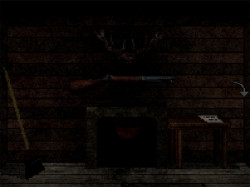 A gun is an easy way out, be more creative bro!

In Don’t Escape, you play an unfortunate man that’s suffering from lycanthropy (or werewolf transformation disease for the layman). He’s a conscience wolf-human hybrid, however, and his goal is not to run free and feast on the flesh of humans but to instead trap himself in a small cabin out in the middle of nowhere. You can assist him by helping him root around the cabin and surrounding area for items that will help keep him secure and as a result, guilt-free.

It’s a point-and-click adventure that ranks you based on how well you’re able to prevent your character from running amuck. It also acts as a solid indicator of whether you’d do the right thing if in similar circumstances, or take the selfish way out and gorge yourself on intestines. I’d like to think I’d keep everyone safe, but I know how I get when I get hungry.