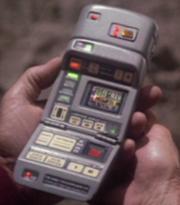 Although I was looking forward to replacing my battle-worn Motorola Droid 3 with a shiny new Samsung Galaxy S4, I wasn’t expecting my trip to my office Monday to pick up my new phone to result in an epiphany, let alone a “Welcome to the future, y’all” moment. It was one thing when I hit the integrated AllShare button when looking at a picture only to head downstairs to find it displayed on my TV, but it was entirely another when I downloaded SmartGlass.

It’s probably worth mentioning that, with me having been born in 1981, I’ve become fairly blasé regarding new gadgets, particularly consumer electronics. However, this was a piece of technology that struck me as science fiction. Like, just, no way, man.

This cannot be working the way that it is.  It’s like something Lazarus Long would use! It’s one thing to have a universal remote built into the phone – who cares, right? It’s a direct IR connection. This…insanity bounces the signal across the pipes and controls my Xbox that way. It may have expanded game content, it can act as a controller, and if I’m feeling like a jerk, I can probably turn off my console from the office while someone else is using it. That’s on top of all of the other things that these newer generations of the tools the FCC refers to as “electronic devices” are doing, which, when you stop and think about it, is 100% science-fictiony. We have ‘slates‘ or ‘wearable computers’ or ‘synthetic assistants‘ that are powerful computers that allow us to order basically anything for delivery from anywhere in the world, research vast libraries of information, and entertain ourselves in public without interacting with anyone. This is amazing. 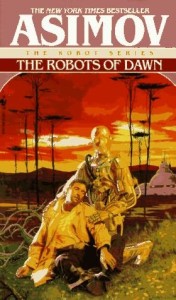 For the record, without this author, we have no geosynchronous orbit, which means no GPS, which means Notch gets lost and no one gets Minecraft.

What is also amazing, on its surface, anyway, is that this came out of Redmond and that neither Sony nor Nintendo are doing anything nearly close to as innovative. I say, “on the surface,” though, because innovative things coming out of giant companies isn’t as much of the exception to the rule that Silicon Valley start-ups would like everyone to think: Bell Labs, a pure research facility funded by AT&T prior to its anti-trust breakup that invented the LASER, the transistor, UNIX, C and C++, without which we would have no video games. Similarly, as everyone knows, Google is an angel investor and has its own in-house pure-research projects that have turned out Glass, among other things.

There’s a reason for funding this pure research: it may be 5 years of dropping a percentage or two of your net revenues into some zany ideas and then some chucklehead invents the transistor, which you can patent, sell, and get a leg up on your competitors in developing its initial practical uses. I would be astonished if Microsoft didn’t have its own less-publicized skunk works kept away from the corporate types on its campus and SmartGlass is exhibit A. It’s also why I would present the argument that Microsoft is the only major company doing anything innovative with regards to ‘next-generation consoles.’*

Last generation (the Playstation 3, Xbox 360 and Nintendo Wii), it was the horribly-named Wii that carried the torch – it eschewed framerates and popular online gaming for a broader-based appeal and a motion control concept so radically different than Sony and Microsoft that you could hear a collective, “Oh, shit,” from both of them. In response, we got the Kinect (which Justin L. maintains was a technology demonstrator, and I agree) and the Move (which has to be one of the bigger, “Us too!” products of the last decade) along with some attempts to tap into that more-casual crowd of college girls, grandparents and soccer moms market that Nintendo had nailed.

But somehow, the momentum seems to have shifted. With SmartGlass and the upgraded Kinect along with the slick-and-fits-in-a-glass-and-steel-office design of the One, it seems that Microsoft is innovating; positioning itself by producing a media center that happens to play games or, perhaps it’s more that while Microsoft innovates a few things, Sony and Nintendo simply iterate. The Wii was somewhat of a revolution; the Wii U takes the tablet/smartphone explosion and shoehorns it into a proprietary device, the operational integration of which still leaves me a little confused. It’s also why the SmartGlass really blew me away – this is what Nintendo should have done. Sony’s PlayStation 4, from what I can tell, takes a page from the Kinect, smooths the corners on its controllers and marches out its technical specs, as if it will win the contest by waving its magna cum laude diploma in front of the masses. (To be fair, whether it’s the PS3, the Move or the Vita, Sony’s products are almost always the most technically advanced of the generation; it’s with client interaction that it fails). 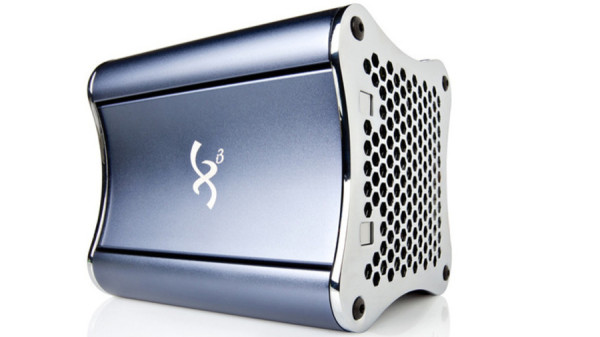 Not pictured: the SteamBox.

I don’t know if anyone’s actually making the argument, but if they aren’t, I will: Microsoft might be making the  dangerous move of inviting the “Jack of all Trades, Master of None” moniker to the Xbox One, somehow forgetting that the horse that brought it to the show was its gaming. I don’t think that applies and here’s why: first, I think the underlying subtext to the “One” name was chosen very, very intentionally. While you might find the Xbox 360 in more modern offices’ break rooms, I certainly don’t have one in mine and I’d probably get a, “Are you being serious right now?” if I suggested it to my boss. On the other hand, with the HD Skype ability and this-looks-like-professional-AV-equipment design, I might be able to make the sale on the One as befitting a professional office. Two, there’s only so much innovation you can do in making ‘advanced’ games – Heavy Rain presented a highly unique way of storytelling, L.A. Noire did things with faces that no one had seen before, Mirror’s Edge literally made some people ill (in a good way). Still, at the end of the day, the graphics can get shinier and the controls can be put together well and the sound can be top-notch, but you’re still limited by the same things that limit movies and books that are produced to actually make money: there are only so many broadly appealing narratives and universal themes out there. 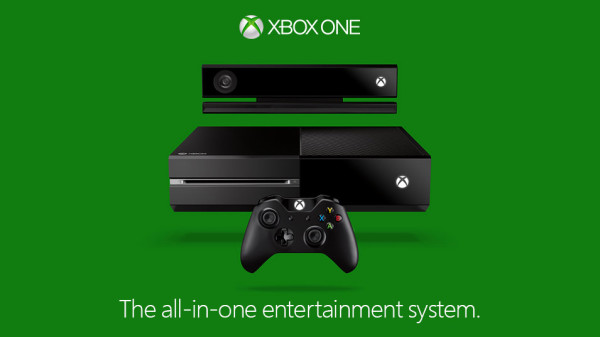 I’m trying to make up for those articles where I give you three paragraphs without a picture to break up the thinking. Also, I LIKE the boxy.

If you’re going to do something big in this next generation of consoles, you need to go beyond just the games. There are great games by first, second and third party publishers on all three current consoles. The games will be there. How do you set yourself apart? Get yourself into new markets without abandoning your old ones, design a seamless UI and online experience and make your new product something that allows people to just buy one thing and clear out the rat’s nest behind their consoles (preferably without a red ring of death).

Although I’m not a doctor, that’s my diagnosis and it looks like Microsoft is delivering the cure.

* I put this in quotes because, at least for the Xbox One, Playstation 4 and Big Picture Mode for Steam**, these pieces of equipment have more in common with a desktop or a Smart TV than they do with the NES.

** I’m not including a discussion of Big Picture Mode for Steam or the mocked-up-but-not-for-sale SteamBox because, as awesome as Valve and Steam are, they’re niche competitors compared to Microsoft, Sony and Nintendo in the eyes of the non-gaming-blog-reading public. I’m sure the SteamBox is going to be awesome because Valve doesn’t turn out crap, but unless my logical reasoning skills have totally atrophied, it’s not going to sell 100,000,000 units.