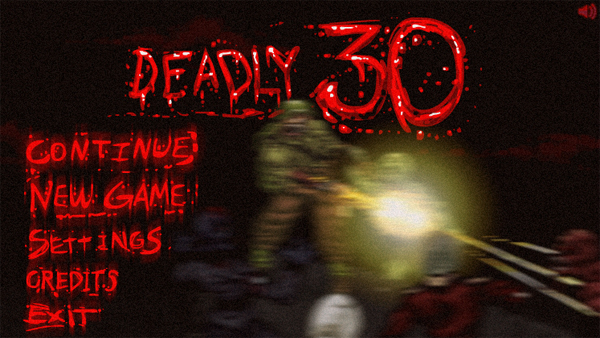 After playing through BioShock Infinite, I had my doubts about whether or not people of vastly different backgrounds could actually come together for the common good of humanity. After playing Deadly 30, I’ve come to the conclusion that people of vastly different backgrounds can come together to accomplish a task, as long as that task involves non-human entities trying to take over the world.

You start off this side scrolling action/defense mash-up as a lone WW2 era American GI of an ambiguous ethnic persuasion (but definitely not white). You find yourself in the middle of what looks to be the end results of a large battle, only to find out soon after that the carnage was actually caused by zombies. Stumbling through the darkness, you eventually make your way to a stronghold that you’ll be tasked with constantly upgrading as wave after wave of undead fiends comes your way. The upgrades range from barriers, armor and better weapons to mechanized turrets that make quick work of the horrible creatures knocking down your door.

You spend your days foraging through the connected levels looking for scrap (your currency in the game) and must rush back to your home base at night in order to stave off the zombie armies that attack (you don’t want to get caught in the open at night, trust me). It’s a pretty simple formula, but one that is quite gratifying as your equipment continues to get more powerful.

Eventually, you’ll run into 2 different AI controlled teammates, a shotgun toting female Nazi and a male Russian soldier armed with a rifle, who’ll join your cause. This helps with your defense greatly and will also warm your heart as you see three sworn enemies come together for a common cause. The game allows you to switch between the three, so if you’re sick of using the American’s machine gun you can opt to wield one of the other options. 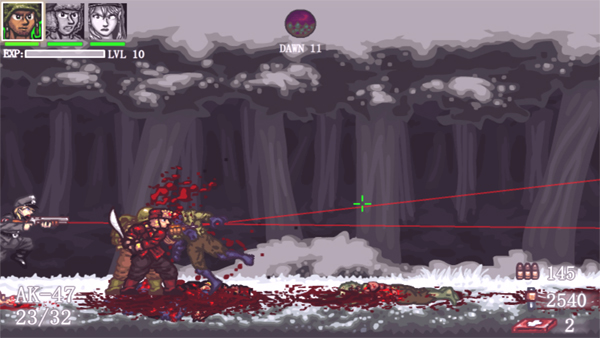 The zombies explode quite nicely.

Deadly 30 can get pretty brutal after the first couple days, with zombie derivatives of all shapes and sizes coming at you. My own personal “WTF” moment came when zombie crows started swooping down from the sky, though, the muscular ultra zombies that show up are probably the most intimidating.

The game is currently $4.99 on Desura and is definitely worth your time, even if only to act as a social commentary about people getting over their prejudices.