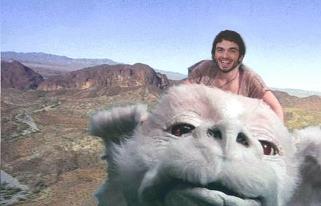 This is what’s flying through my head at the moment.

I’ve got a bit of writer’s block today, the kind that makes if difficult to put together things like themes or main ideas in a coherent way. So instead, I decided to write down a list of thoughts that may or may not have contributed to an editorial. Put on your seatbelts, this is going to be a bumpy ride (not literally, there is no such thing as reading related seatbelts).

This year went way too fast. I barely had time to finish any of the chunky games that the industry threw my way. In fact, I think my back log doubled. Here’s hoping that 2013 has a couple extra months thrown in there or something. Since that may not be very feasible (though science is amazing) perhaps we can space the game releases out a bit? If getting too full on video games could give you diarrhea, I’d have been on the pot all summer.

Thought Number 2: Games Were Better When They Were Called Toys.

Sexism, conspiracies and murder all blamed on video games. I wonder if the battle we fought to differentiate gaming from children’s playthings is starting to backfire on us? Art has been blamed for dissidence since the beginning of time, but very few people blame toys for anything outside being choking hazards. Let’s roll back our expectations and go back to being kids at heart!

I think I wrote an article last year about how I thought 2012 was going to be a weak year for gaming. I was wrong, regardless of whether or not I was being sarcastic. In fact, I’m pretty sure that gaming gets better every year, though I don’t have a lot of evidence to prove it.

Thought Number 4: I Spent Way Too Much Time With Diablo 3

These trees were causing trouble in my neighborhood, so I had to get in one little fight even if my mom got scared.

I really enjoyed Diablo 3, but looking back I feel like I neglected a bunch of other games as a result. I never expected that particular game to have a fleshed out end game, but why did I play it like there was some horrible creature getting ready to rise from the depths and my only means of protection was finding the greatest armor, weapon and jewels the world had to offer? Wait a sec, did Blizzard brain zap me? I thought I was immune to such things. Hopefully they don’t convince me to commit more grievous crimes.

Thought Number 5: I Wish I Had A Tighter Squad of Bros in The Secret World

The Secret World was the first MMORPG I can honestly say I enjoyed playing (outside of a quick stint in WoW) but I acted a bit like a shy school boy during my time in that wild and whacky world. Once I get back to Germany, I’m going to dedicate myself to finding my Shawn and Topanga no matter the cost.

I was looking at the pictures of myself on the social media outlets I frequent and realized that I’m not emitting as much sensuality as maybe I’d like. Not really gaming related, though I do think some heavily applied hunkiness may help people connect with me in the industry. I guess what I’m saying is showing a little butt cheek might not be a bad thing.

Thought Number 7: My Reviews Need To Be More Concise

Is it really necessary to wow people with my ability to fluff out an opinion about a game? I think I’m going to stick to a simple thumbs up, thumbs down and thumbs to the side ranking system. I mean, that’s how I voice my feelings in real life, why not do the same with games? Not sure if people would appreciate that, but I’d definitely have better output on my reviews.

Thought Number 8: Where Are All The Werewolves?

I may have bit off more than I can chew.

I predicted that once zombies were no longer in vogue, werewolves would step up and fill in the gaps. This has yet to happen and while I’m OK with the undead holding rank, I want some nonsexual werewolf action (Skyrim wasn’t enough).

I roll my eyes every time I see a gaming related list but holy cow are they easy to put together (as evidenced by this list that I cleverly disguised as a brainstorm). Hopefully when werewolves get popular, lists stop being popular and I can get all hipster with them and bring them back to the limelight. By the way, this is not this year’s last list…it isnt even this week’s.

Thought Number 10: Conclusions Are The Toughest Part About Writing

Can everyone that writes on the internet come together and just agree that the conclusion is optional when it comes to producing editorials? I’d be great if we didn’t have to waste time wrapping stuff up and just say something like, “That’s all I have for now bros, peace out.”