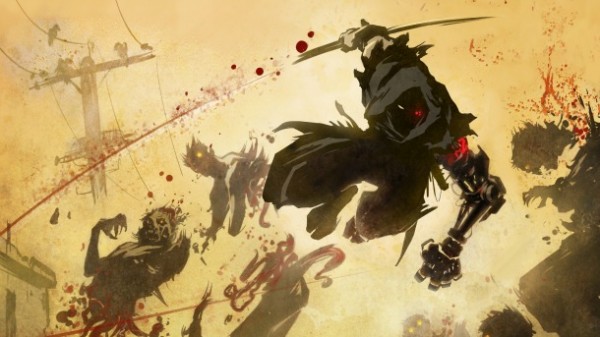 Look out! That ninja has a robot arm!

To many people, zombies have become a bit played out. To others, ninjas haven’t quite gotten the respect they deserve. To Keiji Inafune, the only way to resolve such differences of opinion is to include both in a new game called Yaiba: Ninja Gaiden z. Mouths watering yet? They should be.

Based on the trailer, the game’s hero will be a hero named Yaiba that gets resurrected from the dead after being split in two by the protagonist of Ninja Gaiden, Ryu Hayabusa. He’s given what appear to be robot parts and sent out into the world to destroy the legions of undead that have occupied some nameless town (literally, I didn’t catch the name). Additionally, he’s also on a quest for vengeance against Ryu, which to me sounds like a quest to get split in half again.

I personally love zombies and ninjas, so this news interests me but I’m not really sure why Ninja Gaiden has to be involved? There’s plenty of ninja source material to inject zombies into, like Shinobi or American Ninja. Back on point, the game is supposed to come out on consoles, but what consoles remain to be seen. This gen, next gen, Jen Aniston who cares…I’m enrolling in ninja school tomorrow and will be able to live out my own ninja/zombie dreams.