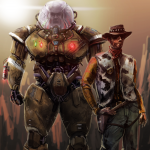 We don’t appreciate being “played” with, Andy. Not at all.

So I got to thinking about Toy Story the other day. You know, the Pixar movie with Tom Hanks and Tim Allen where all the toys are actually alive when their owner’s not there? I was thinking about it while laying in bed in the middle of the day with the lights off, the fan on and the curtains closed because I had a monster of a migraine and lights made my head all the more hurty. The concept’s pretty benign, but we had this whole theme this month about Death in Games, so naturally, my mind started wandering. What if, like in the movie, the characters in our games are real? What if their reality persists when we’re not playing, but when we are, they’re aware but controlled like puppets, unable to control their destinies? I thought about it a little longer and then my pain killers kicked in and I went to sleep.

Later, I found myself staring at this blank screen and couldn’t quite kick the idea out of my head and ideas started spinning off, left and right. If they’re aware and their consciousness persists when we’re not playing, that means that my southpaw boxer in Fight Night: Round Three is relaxing in retirement as the greatest middle-weight boxer of all time and not fading into obscurity and punch-drunkenness like he would have if I’d kept fighting him beyond his prime. That’s a nice thought, but unfortunately, my brain doesn’t like nice thoughts and really started heading down an Ethan-like path. 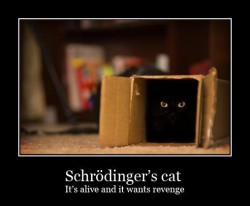 I’d be pissed if I were left in state of quantum uncertainty, too.

It started slowly when I thought about Niko, the tragic hero of Grand Theft Auto IV. How in the world would he sleep at night with memories of all of the hapless civilians, cops and military I’d gunned down when I’d gotten bored and felt like getting a tank the hard way? I mean, I killed cities of people. I’d turned a hopeful immigrant into a war criminal. Thus began my long slide into horror as I started thinking more and more about it. And quantum mechanics. Because, why not?

Everyone knows Schroedinger’s Cat. Or, if they don’t, they’re missing out on a lot of funny memes. What it’s meant to illustrate is the quantum wave function, which means that (simply put) while an event is occurring (let’s go with a coin flip), both outcomes are “true.” The answer isn’t heads or tails, it’s both. But, if you add an observer, the function “collapses” to a rational number – 1 or 0 (heads or tails). So, that’s neat. But then in the late 1950’s (I think LSD had something to do with it), this guy named Hugh Everett posited that while the universal wave function exists, maybe the observation of an event doesn’t cause the collapse of the function, but causes reality to split. In other words, when you flip that coin and it lands heads, there’s another identical universe off to the side somewhere (doesn’t matter where, it just is) where that coin landed tails. So, that means that literally everything possible, ever, is happening right now. Including a universe where Commander Shepard has punched a reporter three separate times. Cool, right?

But…wait a minute. That means that every. single. time. I die in a game…some poor bastard out there is dying in an alternate reality only to be resurrected to do it again until I beat that part? My god. Super Meat Boy. But seriously, what if that’s true? Do the characters think they’re in hell? Are they convinced they’re being punished in some Sisyphian manner, dying over and over again with no respite? Or, considering most of the games I play, are they more like Vikings, having died, ascended to Valhalla, to do battle day after day, being slain, resurrected by Valkyries and feasting the night away to do battle again the next day? (That actually sounds kind of cool.) What if The Kid is a Buddhist and every time I got killed and started back at my save point, he woke up and went, “Are you kidding me? Can’t I take this turn on the wheel of life as a cockroach or something? I’m getting kind of sick of this human business.” 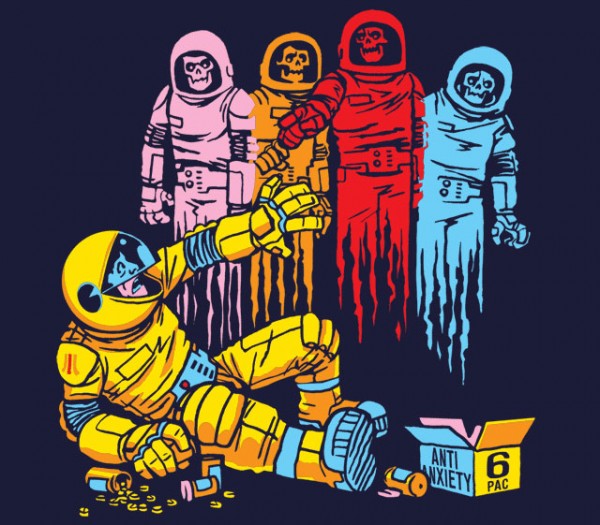 If I take this much further, we’re going to have to make some kind of reference to Gamer and I really don’t want to do that because it sullies my memory of Gerard Butler as King Leonidas, so let’s change tracks a little. If the many worlds interpretation is true, that means there’s a world out there where Pac-Man (and his awesome wife) actually exist, which when you think about it, is fascinating. I mean, what kind of biological processes are involved that make a Pac (that’s what they’re called, right?) dissolve in neatly arranged radians, ultimately disappearing with a little pop, when they touch a ghost? Where does it go? Why are the ghosts trapped in the…

Oh, crrrrrrap. I just realized I left Jackie in the iron maiden in The Darkness II. I gotta’ go.