Remember when you actually cared about trying to stay alive in a video game? You were given a certain amount of lives to complete your task. While there were ways to gain an extra life, there was somewhat of a challenge involved with doing so. Today’s games lack the same challenges of the old days. Even though there are a few exceptions (Dark Souls), dying in a game just doesn’t have the same meaning it did 10+ years ago. 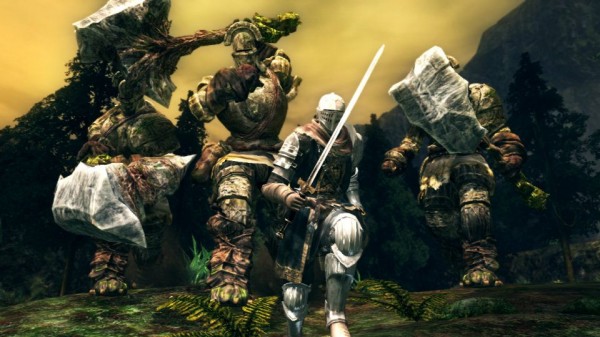 There is no easy way out.

Checkpoints were Invisible or Non-Existent

In the original Super Mario Bros. you had three lives at the start. It was possible to gain more lives as you progressed either from the collection of 100 coins or 1-Up mushrooms that were hidden throughout the levels. There was also a cheat on level 3-1 where you can gain 99 lives jumping on a Koopa shell. That trick is somewhat difficult to pull off and I would venture a guess and say a majority of the people who have played Super Mario Bros. weren’t successful.

Another thing that made Super Mario Bros. hard was the checkpoint system it had in place. If you died before you reached the invisible midpoint of a level, the game started you back at the beginning. If you passed the midpoint and subsequently died, then you would start from that midpoint. Except in world 8. No matter what point you died at on the level, you started from the beginning. This added difficulty to an already difficult game. Today, you have checkpoints every so often that automatically saves your progress as well as any special items or equipment you might have picked up on the way.

The checkpoints give you an easy way out. There are hardly any consequences when you die. If there is checkpoint right before a huge boss battle, who cares if you die? Being able to use the Quick Save feature found on so many PC games also makes a game way easier. I’m not saying I don’t utilize both features and I’m extremely glad they are implemente but it has all but erased the impact of your character’s death.

Though it wasn’t the first game to implement the regeneration of health technique, Halo: Combat Evolved is often the first credited because of its mainstream appeal. Even though the game didn’t even have regenerating health in the first place (the shields regenerated), it became commonplace to copy the Halo model for most first person shooters that followed. That mechanic made it possible to go through a game without dying if you could manage it properly. Actually, the whole concept of having health in a realistic first person shooter is kind of bizarre. Especially if the developers harp on the realism. Realism means one shot can kill you. On the other hand, regenerating health makes realistic military shooters more accessible to gamers who might not be skilled or patient enough to play a game where one shot kills are the norm. I’m aware of the one shot kill modes in some multiplayer settings, but I’d be willing to bet a good chunk of change that those modes aren’t the most popular in the gaming universe. 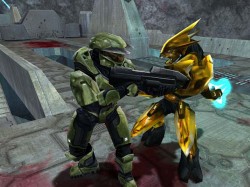 The Elite can’t hang with regeneration.

Regenerating health isn’t just relegated to the first person shooter genre. It has also made its presence felt in the RPG. In JRPG’s of old it was necessary to have potions in your inventory in order to heal your party after a rigorous battle. Now, health returns automatically after every battle. I’ve been playing The Last Story recently and the game has this feature. Granted, I would much rather have auto-heal take place than having to potion up after every battle manually, but regenerating health takes away the health management aspect from RPGs. For example, in Final Fantasy VI I wouldn’t always heal after every battle. Sometimes on purpose, sometimes on accident. The next battle, though against an easy opponent, could have quite a bit of stress to the proceedings if I mismanaged my heatlth. Especially if I hadn’t taken the time to save recently. While that is purely my fault, it did make the game more challenging and engaging.

There are games out there that make death completely meaningless. Take Super Meat Boy for example. It is an extremely difficult game but dying doesn’t matter at all. You have an infinite number of lives to try to pass each level. After dying, you start at the beginning of each level. There are no checkpoints but it doesn’t matter. Each level is beatable within 20-30 seconds but you have to do it with one meat boy as fast as you can. That’s how you get the highest rating. It’s not from using the least amount of meat boys. In that game, death is just a hilarious consequence of player ineptitude but it doesn’t mean anything.

There are also games out there where death is the ultimate arbiter. That’s why the ArmA II mod, DayZ is so interesting to me. DayZ is a zombie survival game that makes death matter again. It is the best zombie apocalypse survival simulator we have. It showcases the true nature of human behavior and displays the real enemy of a zombie apocalypse: humans. It also makes dying a thing to be afraid of. Because when you die, you lose everything. That’s why people seem to be pretty careful when they play. You can team up with other players, but it’s better if you know those people in real life rather than just in a game world. You don’t know their sensibilities and the others could turn on you at any moment, stealing your weapons and ultimately killing you. Besides other players, there is also the zombie threat looming just around the corner. DayZ makes gamers extremely cautious because dying in the game has such dire consequences not found in other popular games. 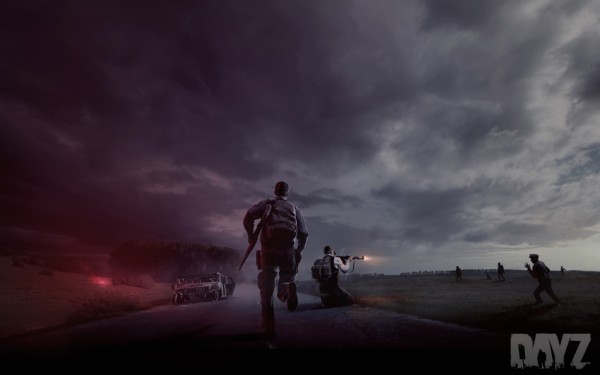 Death matters. By zombie or human.

I’m not advocating for games to get harder overall. If the difficulty rises, so does the frustration level on my part. I can’t afford to break a controller when it gets tossed across the room. If it’s too difficult then I won’t play, which is why I’ll never touch Dark Souls. However, I do want dying in games to matter again. Death needs to matter again.