As the game industry gets older, so do its players. Now that my generation is either entering into or is in its thirties, we have jobs, families, and other hobbies we tend to day in and day out. Lately I’ve tried getting back into a couple of open world games like Skyrim and Dead Island, and I came to the cruel realization it’s been so long since I’ve played any of them I felt old and lost on what I was supposed to do.

This isn’t a new problem. I’ve had these same feelings and occurrences of “game amnesia” before. I experiences this back with Morrowind, Oblivion, Dragon Age: Origins, and any of the Fallout series. The problem is rooted in there are so many games to play while also juggling the daily responsibilities of adulthood. I remember specifically thinking of this problem when I was younger. I remember saying something like, “When I’m an adult I’m going to do whatever I want, when I want, and play games all day.” That couldn’t be further from the truth.

You look about how I feel, big guy.

A little help from my friends

“My friends” being video games, that is. Around the holiday season I played and beat Batman: Arkham City, and one of the best features for us old-timers was the loading screen when starting up the game. The latest main mission’s summary and objectives were on the screen as I waited for the game to start. It was like taking Omega 3 pills for video games. I thanked Batman for the reminder and went on to smash some faces.

One of the crippling downfalls of open world games is simply remembering what you were going to do last when you have taken a break. Unfortunately, my issue isn’t just remembering but also deciding what to do when I just don’t know what I was doing last. Other games employ the tactics of Batman: Arkham City, but these massive games should all do the same. This way if life gets in the way, I don’t have to spend half of my free gaming time just remembering where I was going or what item I was going to equip. 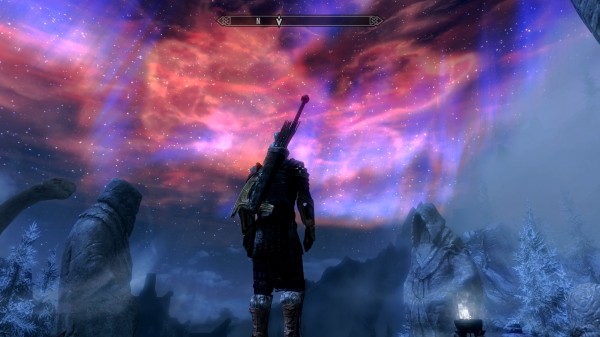 I was on my way to… pretty…

Using Skyrim as my example, I can toggle any number of quests as active so they appear in my compass and map. This is great when you’re playing, but if you don’t play for a while and come back, it’s like standing at a buffet hungrier than a starving bear. You don’t know what to do and almost suffer paralysis. In games like Skyrim, it would be great to not only toggle all quests you want to see on your map but ALSO select a single quest you’re targeting from that list. This could be called a “preferred quest” or any thing of that nature, but the benefit would be when I log on I can see what I was planning on to do since my last session. If no quest is selected, perhaps a quest recommendation system could be developed based on the recent history of my completed quests. It’s easy enough to get sidetracked while actively playing Skyrim, so I can’t even trust that the last quest I completed had anything to do with what I was really trying to accomplish. If the quest recommendation offers a few examples based on multiple recent quests, that would narrow my choices down significantly. That way I’m able to get right back in the game. It’s better than reading through every single quest to decide on what to do next.

To be honest, my memory is pretty good. I think. I just want to see the largest demographic of gamers included in some of the game design. These epic games can be some of the greater experiences of our gaming days, but nothing would be lost with a little extra consideration for us dinosaurs. Batman, like the hero he is, remembered us aging players with his investigative notes and images to jump-start our brains. It would be great if Dovahkiin and his epic gaming brethren could remember to write down a note or two to remind himself, and us, where the hell we were going next. Now get off my lawn, you troublemakers!

5 Comments → Think of the Adults: Spare My Memory on Epic Adventures