There’s a phenomenon I’ve noticed among supposedly refined people where anything they do or see is compared to something else. Regardless of the quality, similarities are seen as negative points against whatever item they’re judging, resulting in the detestable status of “rip-off.” In all honesty, I’ve found myself labeling things in this way, scoffing at the idea that people would rather be copy cats than originals. The fact of the matter is, original ideas are few and far between and, for the most part, truly original ideas aren’t always as great as the concept of “being original.” When it comes to gaming, do we really want original games or is it about time that we shed this layer of pretentiousness and accept the fact that derivatives are the course the industry is heading? As cool as I think I am, I’m about ready to give in, albeit in a responsible and well-informed way.

Everything is Inspired by Something Else 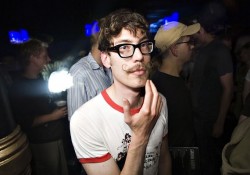 I only play Super Mario Brothers and Tetris.

I know it may be difficult to wrap your head around this, but most everything that we enjoy reading, watching or playing was birthed from the union of ideas pulled from previously produced material. Heck, even you aren’t entirely original, regardless of what your parents told you. The moment that we accept this idea is the moment we grow as human beings and are once again able to enjoy things that happen to have slight flavors of already-produced works. It’s okay not to like a game that has borrowed a mechanic or design from another if that game isn’t any good, but to not like a game based entirely on the fact that it borrowed from another makes you look like a stuck-up jerk.

I found myself in this situation when trying to find games to load up on my iPad for my trip to Germany this past week. I stumbled across a game called Junk Jack, which looked a lot like Terraria and had some mechanical elements that were quite similar to Minecraft. I rolled my eyes and decided to skip over it, worried that by purchasing the game I was supporting a “copycat.” I love both Minecraft and Terraria and this sort of loyalty to a franchise or game is probably where some resentment towards titles like Junk Jack comes from. After a while my curiosity got the best of me and I downloaded the game and was pleasantly surprised when I actually really enjoyed it. In fact, it was a very well made game and lent itself quite well to the iPad. Sure, there were cringe worthy similarities at times (some of the sound design seemed like it was pulled straight from the aforementioned dynamic duo), but nothing more cringe worthy than the rampant whoring out of the modern military shooter or the viral mechanics of Facebook’s non-games. That being said, is there a line that needs to be drawn if one is trying to be a responsible gamer?

I think it’s absolutely necessary to identify the characteristics that make games 1.) homages 2.) rip-offs and 3.) clones. Obviously, games inspired by others is a pretty gray area and as I mentioned before, people are going to be more sensitive about certain aspects of a beloved franchise popping up in other games. Rip-offs and clones, on the other hand are blatantly obvious repackagings of already popular games. Clones are the worst of the lot, as their developers tend to completely copy the assets of other titles, where as rip-offs will at least alter a few mechanics and/or give the game a new coat of paint. Either way, these types of games work off the ignorance of the casual consumer, which to me is a strategy that reeks of poor ethical values and thus should never be supported.

Where this gets even further complicated is when one steps out of the shoes of the gamer and into the shoes of the game developer/publisher. Both Colin Northway and Sarah Northway, developers of Incredipede and Rebuild 1 and 2 respectively, wrote about this subject from that very perspective. They further emphasize the difficulty in relation to the concept of iterations, but bring to light the toxic way that clones and rip-offs can effect smaller scale game designers, especially in a market like the App Store which struggles to regulate its market due to the sheer volume of titles that pop up. Should the clone or rip-off be the first experience consumers have with a certain title, than the damage is more or less already done. This is where the responsible gamer would do their research before purchasing, but this sort of effort is not the status quo and frankly, even I struggle to keep up when it comes to making sure my purchases are not benefiting a corrupt-minded person looking for a quick buck off the back of another.

Sarah and Colin have both seen their work ripped off

Being Inspired is not the Same as Ripping Off

That being said, it’s unfair to place derivative or inspired games into this category, especially when it’s  quite difficult to pinpoint the degree to which the components of a certain title could be considered derivative, inspired or ripped off. Sometimes, the derivative game itself perfects the concepts it was born from or makes them more available to a larger or new consumer base. Using my previous example of Junk Jack, it could be argued that the game is less of an infringement on Terraria based upon the fact that Terraria is a PC game and is unavailable to mobile gamers. That is a bit of a lazy argument, but it does help me sleep at night to know that playing Junk Jack isn’t going to necessarily hurt Terraria based on the different markets they inhabit. Publishers like Gameloft thrive off this concept, though they definitely trample the line that we’ve discussed in this article. 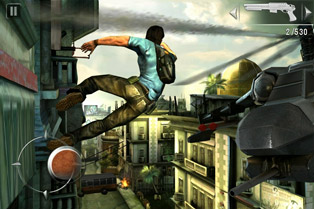 Additionally, I feel like there are certain mechanics or genres that would benefit the refinement that can come from competition, thus avoiding a “genre/mechanics monopoly” if you will. What would the world be like if Diablo was the only fantasy based, isometric ARPG or Resident Evil was the only survival horror? I realize that there comes a point where saturation can make if difficult for similar games to stand out, but as Josh and Justin both stated during our conversation about indie games a few weeks back, the best eventually stand out above the rest.

It’s tough to swallow the fact that original ideas are a bit endangered right now, especially in the world of gaming but that does not mean that quality is diminishing as well. There’s always going to be the indie gem that comes out of nowhere to charm our pants off, but even the overabundance of zombie games or fantasy MMORPGs will eventually result in something that may not be entirely original but is still enjoyable regardless. Being uniformed is one thing, but don’t turn your nose up to every game that feels like another because there’s a storm of derivatives coming your way and you don’t want to drown.