Ads have been around on Xbox Live since the last major Xbox Live dashboard update, and the reception of these ads have been mixed at best. Many have been vocal about their displeasure for paying for a service and being subjected to additional advertising. According to Microsoft, however, entertainment apps such as ESPN and Last.fm have more than doubled since last year. 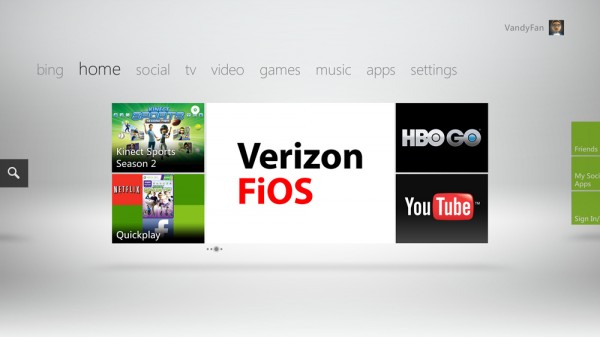 For those that don’t use the entertainment apps available they won’t be any further affected based on this description. For those that use ESPN and others heavily they may start seeing adverts creeping up as early as the 2012 holiday season.

As traffic grows on console systems in entertainment or similar apps, the more likely it becomes we will continue to see these things happen on any console – not just the Xbox 360 or its next-gen version. The direction of the game industry is clear as more entertainment options are appearing on the consoles that were once solely for gaming, and while I’ve been on the side of welcoming the change I’m now becoming less and less enthused. I understand the purpose of advertising and the need to make money for sustainability; however, if I’m paying for a service I tend to expect ad-free content. Xbox Live should not be confused with these entertainment apps, but if an app requires any form of additional payment from me to use it I don’t want to see an additional ad.

I understand there are advertisements on the Xbox Live dashboard which Gold Members pay for, but those ads are muted and often very avoidable. My concern is if ads are no longer avoidable then what benefit do I have to pay for the service? It can no longer be said consumers just pay for the ability to play online anymore.