We as gamers have a responsibility. A responsibility more important than trying to beat Battletoads, even though we all know it’s impossible. A responsibility to not only play games, but to keep this community alive. Many species face extinction every day, but we must power through and keep ours strong. It’s our duty to prep our little gamers, so that one day they can be as awesome as we are. 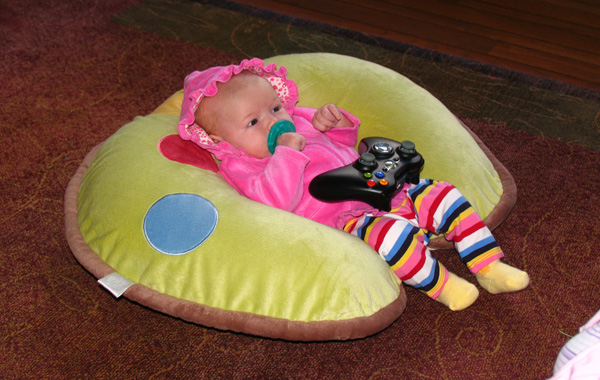 It wasn’t long after I found out that the first little Coop was on the way that I started talking about how quickly I’d transform the little guy/girl into a hardcore gamer. I was certain that my kid would hold the record for the youngest chainsaw kill in Gears. It’s fun to joke about, but reality kicks in once you become a parent. Don’t get me wrong, I still look forward to the day when I’m running side by side with my kids, shotty in hand, blasting off faces, but there’s a progression that needs to happen first before we get there.

“Daddy, are you playing games?”

Let’s jump ahead a few years. I have 2 kids now. My daughter is 3, and my son is about 5 months old. Somewhere after 2-years-old is when my daughter first started getting interested in games. I did most of my gaming when she wasn’t home, or during naps, due to the majority of my library being not too family-friendly. When she was around, she obviously would walk into the room wondering what was going on. It didn’t take her long before she started running to the cabinet to get her own controller and headset so she could play, too. So I’d pop in a Mario game, or one of the few titles that wouldn’t give her nightmares just so she could become familiar with one of my favorite hobbies.

The big question I was faced with was, “What would I let her play?” I wanted to give her something she could actually do, so that she had fun and wanted more, but at the same time she was 2, and let’s be honest, our current generation systems are a little more complex than what some of us grew up with. She definitely hadn’t grasped the concept of what a controller does as she just knows that Daddy holds it and stares at the tv. 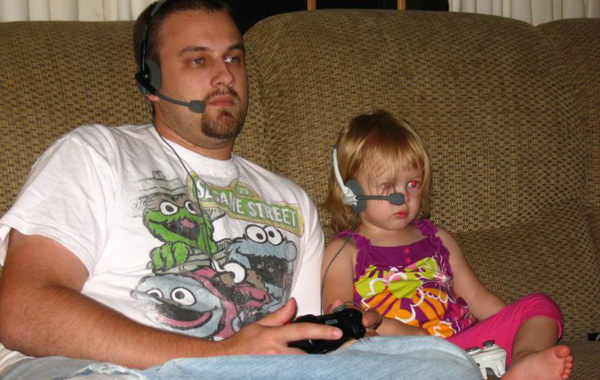 I'll pick you up when you're down Daddy!

There is a use for Sixaxis Controllers

Flower for PS3 was the first game that I remember letting my daughter have full control of to see what she could do. I showed her which button to push to make the wind blow, and that moving the controller around would move your view around on screen. She loved it. She didn’t understand that she was supposed to be flying into the flowers in the field, but that didn’t matter. She stood there wearing her Xbox 360 headset (yes, you heard me correctly), moving her controller around saying, “I’m playing Flower!” like she knew what she was doing. It was awesome. I’m not sure if that’s what developer Thatgamecompany had in mind when they came up with the game, but it was perfect for introducing her to the controller. It was simple, fun for her to look at, and easy on the headshots. 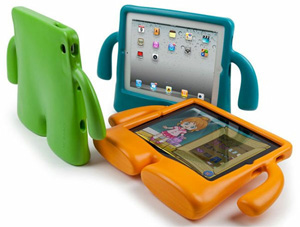 This makes it a kids toy.

Before my daughter truly warmed up to a controller, she took over the iPad. She mostly used it for Netflix, but it wasn’t long after she figured out the interface that she started exploring to see what else she could do. She was obviously drawn to the games. She played games like Bejeweled, Angry Birds, and a few other random puzzle games my wife had on there. Not having a clue what she was doing, she still had fun touching things and watching it react.

I then went on the hunt for some kid friendly games that she could play. Dancing Animals was the winner. It’s a silly spelling game where it shows an animal with its name at the bottom. A second copy of the letters are scattered around the screen for you to drag and match. Once you spell the animal name it does a dance and lets you move on to the next animal. Molly played the hell out of that game. It was perfect for her. It kept her attention, was educational, and fun. I know, everyone is ready to run right out now and drop $400 (or more) on a tablet for their 2 year-old. It really is a ridiculous concept, but it’s easy to use and touching the screen makes sense to kids. Just don’t forget your iGuy case because your iPad will get dropped.

Is Kinect for the Kiddies?

Like I mentioned before, my next little gamer is now 3 and she’s exploring more and more on the iPad. It’s definitely her device of choice right now, since she can completely operate it on her own. Including entering in our password on the lock screen. Her new favorite games are Cut the Rope and Jetpack Joyride. Cut The Rope is pretty difficult, but she still has fun trying to feed Om Nom the candy. Jetpack Joyride is even more difficult, but again, it’s easy for her to make something happen so she has fun with it. At this point I’m thinking she’s getting coordinated enough that it’s time to really introduce her to a console.

I tried the Kinect first because I thought that she’d be better not having to work with a controller. I stuck her in front of Fruit Ninja at which, to my surprise, she was a natural. I don’t think she knew what she was doing but she just stood there and swung her arms around and actually beat my high score on her first try. I’d say beginners luck, but she was pretty consistent. She was even able to start the next round which was impressive since you have to slice a specific icon on the screen.

Since Fruit Ninja was a success, I took her into something a little more complicated by loading up Kinectimals. She loved the animals but didn’t really understand that she had to do specific things so she kind of lost interest pretty quick and just wanted to watch as I played. So we tried Sesame Street: Once Upon A Monster. It was a similar situation. She liked the visuals, but needed a lot of guidance to keep her going which frustrated her. So I’m starting to realize that she isn’t quite ready for the full body gaming experience yet and we gave up on the Kinect for now.

Nintendo Gets a Turn 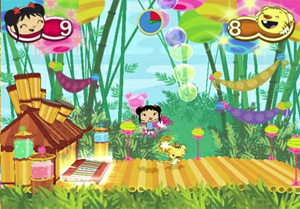 The Wii is the next obvious choice, due to the the vast family-friendly gaming selection. My only problem is that my Wii had been broken for over a year. I had a launch day system that just decided one day that it never wanted to go past the health and safety screen, and I didn’t play it enough to run out an buy a new one. But now I had a semi-decent excuse to finally buy one of the black Wiis.

So now I own a Wii again, but what games do I get for her? Most of my collection is still a little too advanced for a 3 year-old so I hit up Amazon and find a list called Wii for the Wii-Ones: Great Wii Games for Kids ages 3 – 8. This is exactly what I was looking for. It’s basically a list of games based off of all of the shows my daughter already loves. Dora, Diego, Disney Pricesses, and many others. Browsing this list as well as seeing what other games people bought led me to my first selection which was Ni Hao, Kai Lan: Super Game Day. I chose this game for a few reasons. Yes, I know the show is annoying and terrible, but my daughter loves it. Unfortunately, Netflix dropped the show so she hadn’t been able to watch it in a while. That was reason one. The second was it looked like a simple game that she could control without much help.

The game is just a bunch of small mini-games. You move around a map just by tilting the Wiimote, and every game is played just by shaking and moving the controller. This worked out perfect because my daughter has small hands and has trouble holding the Wiimote in a way where she can reach all of the buttons. In the end, the game was a success. The graphics are terrible, but 3 years-olds don’t care. She just loved that it was her game and she knew how to play it by herself. She even loved telling people that she had her own game to play. I did have a little moment of humor when after playing for about 15 minute she handed me the controller and said, “I’m done. I’m too tired.” She confirmed my thought that gamers are lazy by nature. We just want to sit back and relax while we enjoy a game. All of the new fancy motion controls are cool, but we don’t really like to work that hard.

One of her more recent and progressive interests is LittleBigPlanet. She loves telling me how to dress up my Sack Boy and always wants to play. It’s definitely way above her skill level, but she seems to love running until she falls in a hole. She does pretty good at moving around with the thumbstick and making him jump, but she just isn’t coordinated enough at having to jump over holes or over object yet. I’ve been working on trying to use the level creator to build some flat levels that she can run and collect things in, but that’s a time consuming task so I’m still working on that. She’ll probably figure the game out before I ever get a real play level made for her.

My daughter is still growing as a little gamer. She isn’t racking up headshots yet, but we’ll get there. She still plays the Wii and iPad, and is getting more and more exploratory with the games she’ll try and play. It’s fun for me to watch her grow, and I look forward to sharing more of what I love with her. It won’t be long before I get to start this process all over again with my son. I assign this same mission to all of you to find a progression of games that works for your little ones so that they too can share the enjoyment that it brings you, while keeping our community alive. 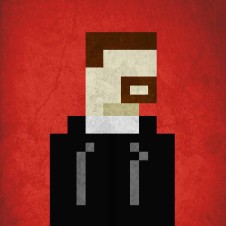