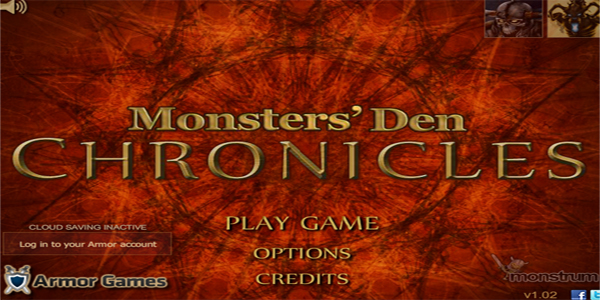 This is not a local newspaper, though it would be cool to live in a town called Monster's Den

Most everyone loves parties and those that don’t probably still do but they have to claim they don’t in order to maintain their cold exterior (the latter tend to need talking animals or friendly young troublemakers to warm their hearts but both are in short demand in this economy). When it comes to a party, the type of people you invite is really important especially if you and your party goers decide to investigate creepy dungeons, something that coincidently occurs in this week’s CADG; Monster’s Den Chronicles.

Good friends, good food and damp dungeons can make even the most casual get togethers memorable.

I’d like to imagine that my party (consisting of a knight, wizard, thief and archer) was celebrating a good friend’s birthday when the local authorities approached them with a quest. Like any good citizens, they gave themselves an hour or so to temper their ale buzz and then headed off for adventure. This is not unlike the time that my best buddy Matt and I celebrated a solid game of drinking Jeopardy then decided to investigate the local sewers. We didn’t find much success on our adventure, but my MDC gang sure did.

Being a part of a really awesome party is one thing, but finding treasure and fighting off monsters could make events like anniversaries or Bar Mitvahs (Bat Mitzvahs for the ladies) especially exciting. Not only can you watch the wealth of your friends increase after every successful battle, you can also benefit from their personal growth as they will  surely benefit from yours. I can’t name the last time I arrived at an all night booze fest only to leave with substantial stat increases or a newly developed skill set. 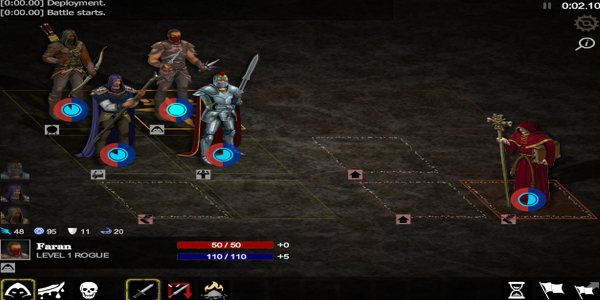 In today's world, having friends that are better than you can cause jealousy, but get over it...you'll need them.

Parties tend to feature drunken belligerence or random hook-ups with strangers, but after playing Monster’s Den Chronicles I realize there are better uses of a party goers time than such self-serving activities. While a party full of ninjas or flame wielding magicians may be awkward initially, there lack of social skills and relative indifference to pop culture will definitely come in handy should a secret mission get assigned during the course of the festivities.