Just to confirm, yes, it is that Castlevania game. The most critically acclaimed and impossible to obtain game (for U.S. gamers) in the series finally arrives via the Nintendo’s Virtual Console. I couldn’t believe I was actually about to (legally) play Castlevania: Rondo of Blood / Akumajo Dracula X: Chi no Rondo / Dracula X

And so it begins.

Looking back at the series history, it’s incredible just how perfectly the gameplay of Rondo bridges the gap between the classic stage based gameplay and the MetroidVania adventuring that became a series staple in this game’s immediate and equally brilliant sequel – Castlevania: Symphony of the Night. I could almost feel the developers playing with new ideas, and witnessing them introduce enemies and character art that is still being repurposed on the current DS versions of the game is a testament to this series staying power. Each stage is self contained like the classic games, but Let’s just say the gameplay does not disappoint, and you can feel it evolving the deeper you get into the castle. One note, I recommend getting a classic controller for playing it on the Wii, as the B button and I had a lot of issues on the WiiMote.

The other series staple, the music, is also in a state of transition but just as nostalgically impressive. The PC Engine Super CD / Turbografx CD platform allowed Konami to break away from the limits of the other existing consoles and introduce some CD quality music. While not perfect, it’s a dramatic step up from the SNES games at the time and it definitely laid the foundation for the timeless Symphony of the Night soundtrack to soon follow. 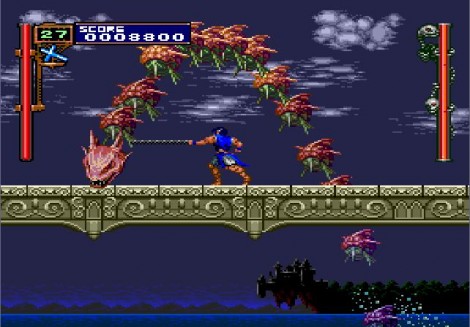 This game is a no-brainer for Castlevania fans. This is where everything changed, this is where the series evolved, and it has to be experienced. If you’ve never like classic Castlevania gameplay, it still may be worth a look as it’s the most accessible Castlevania game that I have played. It doesn’t have the brutal difficulty of the earlier games, and won’t overwhelm you the with endless exploration options of it’s sequels. At 900 Wii Points compared to the hundreds of dollars you would have spent on eBay to obtain a copy before it’s release, it is almost criminal not to own this piece of gaming history.

Reflex Status – As of this writing, I’ve spent about 2.5 (Stage 4) completely giddy hours with the game. Enough to say that this lives up to its reputation, and further solidifies Castlevania as my favorite franchise.