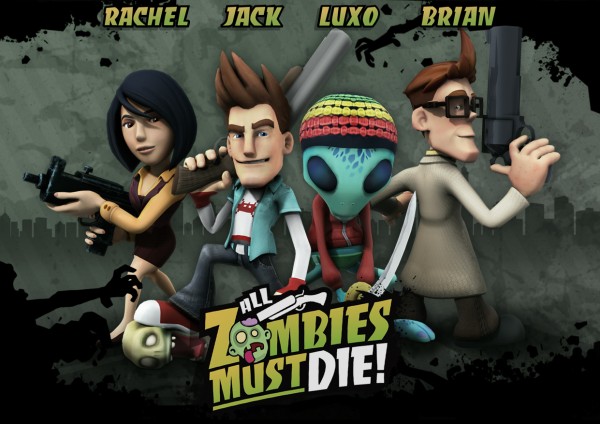 Aliens know what's up, why can't you?

Cheap and Dirty Gamer is taking a small break from being “crazy cheap” and to head more in the direction of “pretty cheap” to bring you a very important message about zombies. All Zombies Must Die! Seriously. It’s pretty convenient that my important message also happens to be the name of this week’s game, but such a coincidental occurrence shouldn’t sway you from realizing the importance of what I have to say.

I realize people are sick and tired of fighting zombies. I get it, they’re everywhere. They’re in survival horror games, regular horror games, space operas, racing games and they’ve even found their way into some sort of gardening sim. It’s easy to understand why some may desire battles with other horrifying creatures, but there’s a good reason why these undead menaces keep popping up; they’re experiencing a population explosion in the digital realm which might possibly slip over into the real world. This can not happen my friends, have you seen Dawn of The Dead? That’s scary as hell!

I realize that this rabbit-like zombie birth rate might have a lot  to do with game developers constantly featuring them as enemies, but it’s too late to point fingers as we’re knee-deep in this mess and it’s time to clean it up. Regardless of our affinity for severing heads or putting bullets between the eyes of these creatures, we need to keep the pressure on them and continue reducing their numbers. 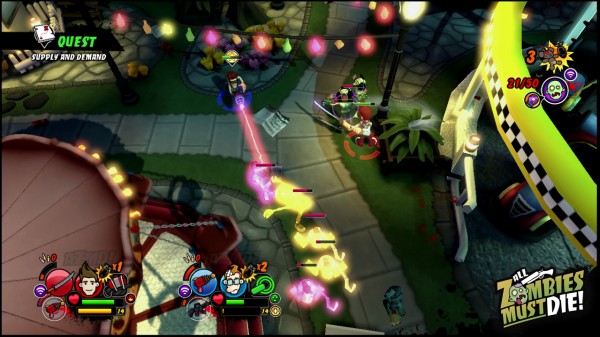 They all need to go, even the cutes ones with beanies or those wearing space suits.

I am sure a few of you feel like maybe you’re not up to the task, but that’s why playing All Zombies Must Die! is integral to our continued existence. Nobody in that game thought they’d be able to stop the onslaught, but the fact that they played video games beforehand led them to victory. If you think about it, playing that game not only cuts down on the digital population of zombies, but also prepares you for using video game strategies against real life attacks should some kind of magical spell cause my aforementioned cross over to actually happen (Weird Science anyone?).

AZMD doesn’t hold back your zombie executing by making you do a bunch of missions as the missions revolve completely around killing zombies. That’s great! You’ll be able to take down hundreds, if not thousands in the course of a couple of hours. That coupled with playthroughs of Dead Rising 2 and Dead Nation guarantee that should some horrible tear in the time space continuum cause our worst nightmares to come true, at least the odds will be more in our favor.