Logsmash was your stereotypical example of primal man. Like most of his peers, his time was consumed with his continued survival efforts. He had to forage for food, fight off prehistoric animals and seek shelter from the frigid temperatures of his Ice Age climate. One day, Logsmash met Tigerpunch and Rockthrow, two other cave-themed people who were struggling to make it to the next day just like him. Through a series of grunts, they decided that their chances were better should they join forces. This turned out to be in their best interests, and soon they were recruiting other lonely wanderers into their newly formed running crew or “tribe” as scientists refer to it. Soon, however they found that another problem arose, one that none of them had foreseen: boredom. Because things were easier, they had a lot more time to pursue other interests so as a result they invented games to pass the time, an invention that promoted the soon-to-be-coined term “fun.” 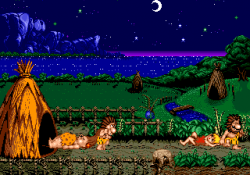 Things were simpler back then

One day Logsmash slipped on a rock and fell into a chasm, which happened to contain a tear in the time space continuum. He was rocketed into the future and found himself in the year 2012. After the initial fear and confusion wore off, he found that the tribes he was used to were even larger, thus allowing for more time to pursue “fun.” Being a fan of “fun,” he approached the modern equivalent of his rock toss game, a strange contraption that was known as a video game system. He was overjoyed with the device and after learning how to use it, played for extended periods of time, the skin around his mouth cracking from all the smiling. He decided to look for others to enjoy this experience with him, but found that the other humans participating in these video games were frowning or yelling. Some had even put down their controllers to send angry messages to the creators of these games. Logsmash was confused.

I, like Logsmash, am confused as well. Something has happened over the last few years, something that has made gamers lose perspective of their pastimes and take on an advocate-like role that makes gaming more like a job than a hobby or means of entertainment. I, admittedly, have fallen into this trap and over the last week had an epiphany of sorts, sparked by a podcast that made me start enjoying games again and stop focusing on the little things that had nothing to do with them.

I play a ton of games and there are times (like in reviews) that aspects of those games need to be scrutinized so that a well-informed opinion can be crafted. However, this picking is not unlike pulling at a scab and taking up healthy skin as well because of some seemingly insatiable goal of finding a perfectly healed wound underneath. I recall giving The Haunted Hell’s Reach a pretty solid score because I really enjoyed my time with the game and felt like I could overlook certain issues (that I did point out). Yet, for some reason, I’d lost that ability with games that I play on my own time.

It’d be easy to tie this to the issues with the Mass Effect 3 ending and the fans’ reactions to that, but this has quite a bit more to do with what our own Josh Lee said in relation to his experience with the game on a recent podcast. While disappointed in the ending, he thoroughly enjoyed his time with the series and focused on the good times he had as opposed to the bad. Sure, if you see the conclusion as the goal of playing a game, then a crappy conclusion would be a pretty big bummer, but Josh Lee realized that it’s more about the journey. Miley Cyrus wrote a song about that I think, most likely inspired by our smooth-voiced tech guy.

Was it really that bad?

It’s not just about endings though. I remember talking about my complaints in reference to Resident Evil 5 and how it wasn’t enough like Resident Evil for my taste. That’s all I ever say about that game. Looking back, I blew through it in a weekend, which means I obviously enjoyed my time. If I can’t focus on that, then I’m missing the point and since then have been kicking myself in reference to what I consider some rather pretentious ramblings. Would I have loved a throwback to the RE’s of old, sure but I still got a great game that got everything right but an appreciation of my nostalgia and for that I should be grateful. My perspective was dictated by a small piece of the puzzle, a piece that diluted a very memorable experience. 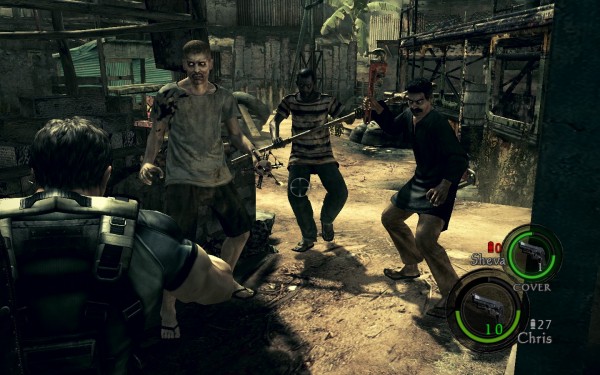 I often forget just how tense and exciting this game was

I respect the rights of all men and women to write petitions and/or decide not to purchase future iterations of a title based on some unfortunate circumstances, but are these causes really worth our time when the supposed crime is minor? Had Mass Effect 3 or Star Wars: The Old Republic been total busts, I could understand some buyer’s remorse followed by a bit of anger, but that’s really not the case. Those were games that had issues, but the overall package wasn’t necessarily a devious exploitation of gamers as had been advertised. In fact, those games more or less suffered from a few issues that overshadowed the majority of the experience. The beneficial thing about these games is if you’re tired of SWTOR, cancel your subscription and by all accounts, Mass Effect 3‘s only issue was its conclusion so just buck up or write your own and rehearse it in your head.

Whats with the angst

Crappy games get released and new developers ruin beloved franchises all the time, but with the many different games out there right now, it’s tough to validate frustration at an industry that’s slinging titles (and arguably great ones) at us every month. We keep speaking about AAA publishers ruining gaming, but how is that the case? I can’t recall the last time I purchased a AAA title that I was anticipating and was disappointed to the extent that I was ready to picket their offices. I realize that there are some business practices that don’t sit well with some, but are these practices enough to really discredit the great work that is being done? I get it, you’re sick of Call of Duty but I enjoyed the heck out of my time with Modern Warfare 3 and didn’t feel robbed or taken advantage of and all I played was the single player campaign. The point is, I had fun (which is a good thing). 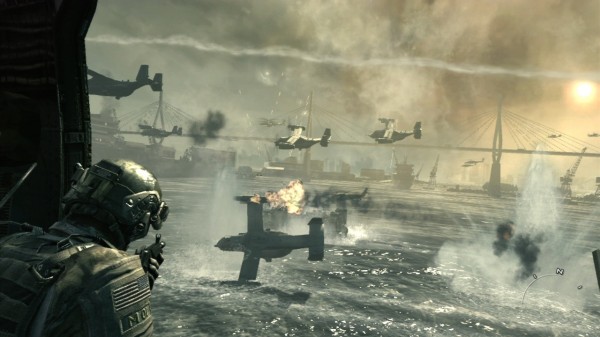 I mentioned last week on the podcast about preorders and how I have less faith in the industry and hated feeling the anxiety of buying a game in advance, but looking back, I was more or less talking out of my butt because I can’t think of a single game that I’ve preordered that has disappointed me. I bought into the complaint machine and for this, I am saddened. The problem isn’t the industry as much as the nit-picking of gamers. If we only had a single avenue for games, I could understand the frustration but we have multiple systems, multiple publishers/developers, hundreds of genres and if at the end of the day you’re still not satisfied, read and book or watch TV.

It’s lazy to call gamers spoiled because I don’t think that’s whats going on here, but I do feel that there is quite a bit of disenchantment with gaming that does make it appear like gamers (or a small group) are whining. People will say that the loudest folks are the ones that I’m speaking about, which is true, but what ever happened to talking about the good experiences you had with a game? I get it, it’s easier to be negative (I’m quite guilty of this as well) but cynicism leads to a pretty horrible existence.

We can’t be so focused on the tiny little details that aren’t up to our standards because there’s nothing fun about that. I’m not saying that crappy games should get a mulligan, but we shouldn’t forget that before games were a lifestyle or considered art, they were fun.