Meanwhile… we’ve actually been playing games. Each week we recap our recent gaming experiences and tell you what we’re looking forward to, so you can use your time more wisely than we have. Variety continues to be the theme around the playlist HN crew. 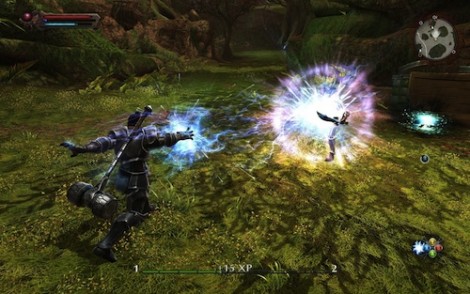 Using magic in another kingdom.

Ethan and Coop have been talking a lot of praise towards Rage, so I thought it was about time I revisited that wasteland. They are right, Rage has a lot going for it, but I can’t help but be frustrated by the hoops you have to jump through to get to them. Questing still seems out of place, but it is more than made up for in the quality of the action (once you get to it). I’ve raved about the quality of the gunplay itself, but do not underestimate just how damn fun it is to shoot these crazy gang members and mutants. These dudes are agile.

I balanced out my shooting with some more Skyrim. It took me a few different tries to get back into the game, but I’ve settled into pursuing the Thieves Guild quests and as long as I stay focused I really enjoy myself. I still have times where the sheer amount of options in the game can be overwhelming. Not that it matters too much, because I’ll have to come back to Skyrim now that I have Kingdoms of Amalur: Reckoning. I’ve only played a little past the demo at this point, but I love the combat and the graphical style of this one. I can’t wait to explore further with stab-happy rogue. 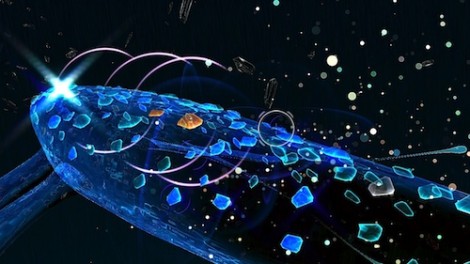 I’ve been hitting all platforms lately. I’ve recently picked up Bastion on the 360, which I’ve spent some time on. I also started playing Child of Eden with the Kinect. It definitely takes some practice to hit some decent scores on Child of Eden; it’s one game on Kinect that will exhaust you mentally long before it exhausts you physically.

I’ve been working on finishing inFamous on the PS3. I’ve had the game for quite a while now, and even though I love every second of it, I tend to put it on the back burner for some of the newer games in my library.

And, of course, if I don’t feel like firing up a console, I still put together some space ships and battle test them on Gratuitous Space Battles for the PC. I recently started using the online challenge feature and realized I’m actually not very good at the game, which only drives me to play it more and discover more efficient ship designs. 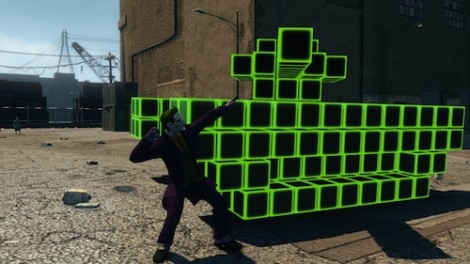 My favorite screenshots to search through.

I’ve been in front of my PC 24/7 since I set up this triple monitor Eyefinity rig.

Saints Row: The Third has kept me up past 4am twice in the last week. Every time I hop on to knock out some story progress, a co-op buddy jumps in and we just run gigolo missions and steal helicopters all night.

Also, I finally got into the damn Diablo III beta. I didn’t get to play too much, though. A few minutes into my first session, my girlfriend discovered what I was playing (due to the familiar voice of one Deckard Cain) and gave me the evil-eye. Without words, I knew that meant I was to turn the game off immediately. Playing through an action-rpg without my lady would be blasphemous.

A couple nights ago I got a hankering for some joystick action. This coincided with my purchase of SOL: Exodus, the new space flight action game from Seamless Entertainment. I ran into some issues getting my x52 to work with the game (they’ve since patched the game to resolve those problems) and had to settle for my gamepad. The game looked like it might be fun, but flying with the Xbox controller was just lame. So, I switched over to HAWX 2. Hardcore sims are fine and dandy, but sometimes you just want to blow some shit up. The HAWX series obilges.

Other than that, you can still find me on Battlefield 3 every couple of nights. It’s the best multiplayer experience around, and those new/old Back to Karkand maps are amazing. 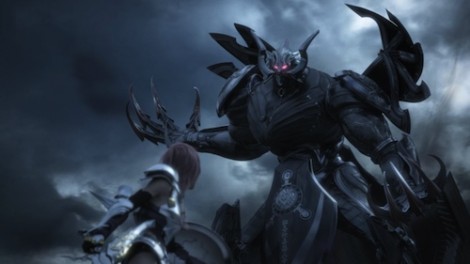 I'm starting to think this isn't the final one.

As if a little more normalcy has returned to my life, I’m back to trying to play multiple games at once. Worthwhile new releases have crash-landed to Earth and I must have them all! I’ve started navigating time gates in Final Fantasy XIII-2 to find artefacts, solve paradoxes and possibly misuse other time jargon in the hopes of making everything a-ok. Don’t get me started on these boss fights with metal soundtracks though. I was also lucky enough to snag a free copy of Kingdoms of Amalur: Reckoning on the PC. (No, it’s not pirated! I won it!) In making up for not yet having a primary thief character in Skyrim, I’m playing one in this game. Man, those villagers are gonna be pissed when they realize I stole all their pajamas.

Speaking of Skyrim, I’m still playing that too. With the release of the Creation Kit and easy access to so many mods, my fire-happy mage can unleash all the havoc she wants with a space core from Portal tucked nicely into her pocket. It’s nice to know all of this RPG madness will keep my brain happy until I can finally carve some slopes on SSX. 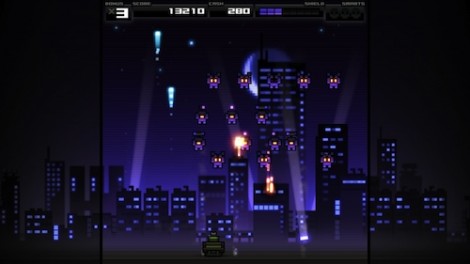 I haven’t had access to my desktop or any of my consoles, so I relied on my low powered laptop and my iPad for all of my gaming and I’m happy to report it was a very solid week of play.

First, I finally finished Call of Cthulhu: The Wasted Land and let me just say that it was one of the biggest surprises of the year for me (hence the reflex review). I love the Lovecraft mythos intermingled with some really simple but solid turn based RPG gameplay. Comparisons to XCOM and FF Tactics are definitely warranted. It’s amazing that this time last year I was knocking both mobile gaming and Apple and now I’m spending a solid amount of time focused on both.

As I mentioned on the podcast, I played Titan Attacks, Puppy Game’s take on Space Invaders. I loved the art style (neo retro) and the game itself takes the nostalgia of old school gaming and throws in a dash of progression/upgrades to keep the formula from getting stale. I played that game for way longer than I think it was designed for as my laptop was howling in pain from the heat of overworked processing.