Time to pay tribute to the best noises in video games, the music: What are your favorite video game soundtracks? Including any new updates to classic music by different artists. 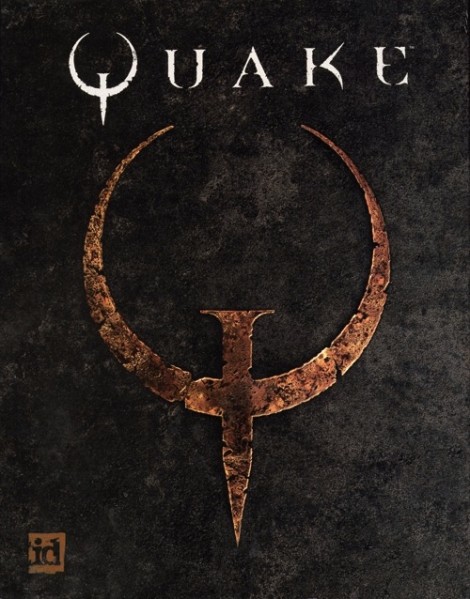 Andrew (Coopopolopolis)
The Quake 2 soundtrack immediately comes to mind as one of my favorites. It’s tough to top the adrenaline rush I got running through corridor after corridor with Sonic Mayhem blasting in the background. I still feel like that’s my preferred music style in a fast paced shooter and they nailed it. More recently, I really enjoy the Super Meat Boy soundtrack. Danny B. definitely has a unique chiptune sound that works perfect for that game. That soundtrack has definitely been an inspiration in my music production here lately.

Justin L (JDevL)
What the hell ever happened to Sonic Mayhem? Also gotta give a nod to the Quake 1 soundtrack before I go indie crazy thanks to the world the Danny B has exposed all of us to.

Andrew
I loved the Quake 1 soundtrack as well. It’s very old school Nine Inch Nails. My only issue with it is that it’s awesome for the game, but is a little harder to listen to on its own. The tracks are a lot more ambient than the Sonic Mayhem tracks so unless you’re really in a mood for the ambient background noise, it isn’t as strong on its own.

Justin L
True. On the other hand, try playing Quake without the soundtrack as you have to on Steam these days. To me the hallmark of a great soundtrack is that it adds to the game when it is there, and you notice it when it is missing.

Andrew
That’s a good point. It’s actually more important that a soundtrack blends in with the game it’s for rather than stand out on it’s own. I think more recently people have been trying to gear their soundtracks to serve both purposes.

Justin G (GiffTor)
I don’t think I pay quite as much attention to soundtracks as some of you guys do, but I’m going to have to give the old-school shout-out to Sonic the Hedgehog 1 & 2 and to Spiderman: Maximum Carnage. I mean, they had a real band do the soundtrack! Recently, though, the soundtrack in Deus Ex: Human Revolution was really badass, mixing chip-tunes synthy stuff with acoustic guitar and orchestral work, which was a pretty clever blend of organic and mechanical (you know. like the game.) Honorable mention goes to the Grand Theft Auto games (and Saints Row: The Third) for the awesome mix of radio music. 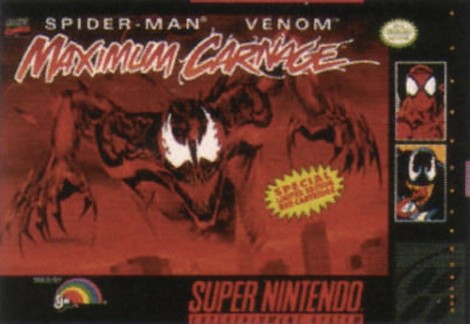 Rob (Robeque)
I’m with Justin G. on the Deus Ex: HR soundtrack, as it’s friggin awesome. Good call on the organic/mechanical blend… I hadn’t thought about it that way. It did really fit the vibe of that game to a T for me, though. It’s super polished and deserves a listen on some high quality headphones. There are a lot of great soundtracks out there that I feel I’ve been noticing more and more lately. The ones on my mp3 player at the moment are Deus Ex: HR, Super Meat Boy, Bastion, and the Zelda 25th Anniversary symphony album. If you’re even just a little bit of a Zelda fan and/or like symphony music at all that album needs to be listened to. It’s fantastic. I love the Windwaker Symphonic Movement. Also… I haven’t played the game, but Dustforce seems to have a pretty stellar soundtrack… at least from the preview videos on Steam.

Brandon (H21)
My immediate thought was firing up Halo: Combat Evolved for the first time. Once I heard the ominous choir voice ringing through my ears I immediately was hooked. I loved the soundtrack of Halo. I still do. Some others of note are Catherine and Bastion.

JP (DrJPizzle)
I have to side with GIfford. I really don’t pay attention to soundtracks all that much. I really tend to enjoy games that have familiar music. Like Giff said the GTA soundtracks are where I tend to lean towards (San Andreas is the clear cut winner because of the west coast hip hop). I also tend to really like art deco games with strong period music. This of course will then add the Fallouts and BioShocks of the world. One of my most memorable BioShock moments is walking into a room and the random radio comes on out of the blue to play “How much is that doggie in the window?” That was some creepy stuff for me. 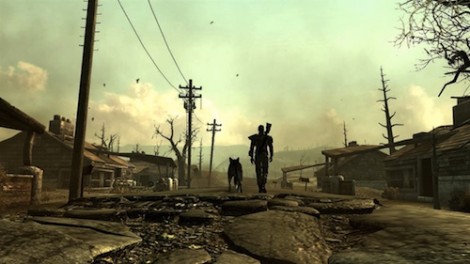 What is your favorite song, Dogmeat?

Andrew
I agree the period music in Fallout was fitting and enjoyable for about the first 10 min, but seriously? You couldn’t come up with more songs than that? The ratio of music to hours wondering in the Wasteland was a little off in that game for me. Of course, maybe I’m dumb and had a broken radio.

Justin G
Oh, man, Brandon’s right – the Halo: CE soundtrack was badass. Actually, the soundtrack to all 4 Halo games was awesome. I kind of want to buy them all right now, but I just downloaded (legally) the Deus Ex: Human Revolution soundtrack, so I’m good for right now.

Cole (Colefacekilla)
Not surprisingly I’m going to go with the SNES era RPG’s from Squaresoft. Specifically Secret of Mana, Final Fantasy VI, and Chrono Trigger. All three have amazing music. Though in a recent play session of Mana, there was one song that was pretty annoying, but for the most part it’s gold. One of my favorite musical moments in video games is the Opera House scene in FFVI. Beautiful music with a beautiful backdrop. I get chills when I listen to that song even though saying that is pretty ridiculous. 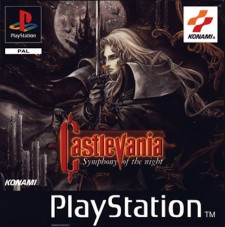 Another favorite is Castlevania: SOTN. Which if you’ve played it, you understand. Just a badass soundtrack. I guess most of my favorite games have memorable music.

As I write this I’m listening to the Dustforce soundtrack and it’s amazing. There are some familiar notes in it that bring back memories of other games, don’t know if that’s intentional or not since I haven’t played any of the game but holy shit. It’s so good. And of course games like Bastion and Sword  & Sworcery are also in the rotation.

Josh (Joshleedotcom)
There’s a reason so many NES soundtracks get covers and remixes. You had some seriously talented musicians milking that sound chip for all it was worth. That Mega Man 2 soundtrack was pure metal. I can listen to the original tunes, or any of the modern covers and it still rocks.

My favorite hidden gem is the Street Fighter 2010 soundtrack by Junko Tamiya, who also did Bionic Commando and Strider. The game might have been balls, but the music rocked them right off.

So much great fucking music. It would be easier to list the shitty stuff.

I have trouble thinking of amazing game music without drifting back into the 8 and 16 bit days, but the most influential game song I can think of is One Winged Angel from Final Fantasy VII. That game had a lot of firsts for me. It was the first time I heard actual lyrics in an RPG sound track; it was the first MP3 I ever downloaded; and it was the first (and only) song that ever inspired me to memorize an entire song’s worth of lyrics in a language I don’t speak.

Here’s a funny story. I was talking to someone earlier today and he said Blizzard always does music right, and despite all the games they’re known for today, the first game that came to mind was Rock & Roll Racing.

Justin L
I’ve really been getting into Black Materia – Random (Mega Ran’s) Final Fantasy VII rap album. It took a while to grow on me, but it made me realize just how great that game’s soundtrack. It also goes without saying his “Mega Ran 9” and “Mega Ran 10” albums are pretty damn good, too. I’d love to see more hip-hop on top of great video game music. 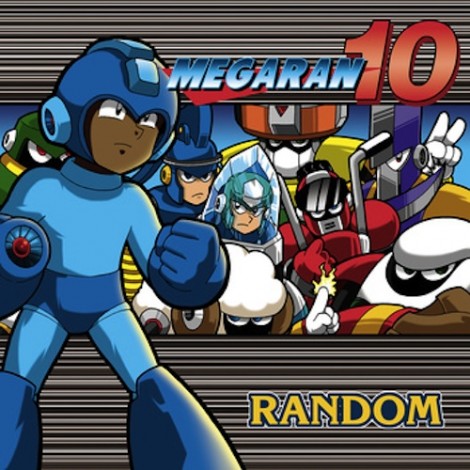 Cole is right on about the Dustforce soundtrack by Lifeformed I tweeted about it the other day after I realized the music was making me think of Chrono Trigger to which he responded that that game was a huge influence on him. So Cole, that’s why you love that album haha.

And I can’t believe Gifford’s Maximum Carnage recommendation went this far without someone reacting. Green Jellÿ would be so disappointed. We may face the wrath of the cow god soon.

Justin G
My recollection of Green Jellÿ was that it was way more hardcore than this – it’s just hard rock. Regardless, that was the best Spider-man game ever.

Justin L
Actually, you are incorrect, because Tony Hawk 2 was the best Spider-man game ever and more to the point, Tony Hawk set the bar for how to do licensed soundtracks.

Justin G
Skateboarding is a crime.

Josh, I’d nominate the entire DuckTales soundtrack even though the Moon song does stand above and beyond. That game had no business being as good as it was all around. 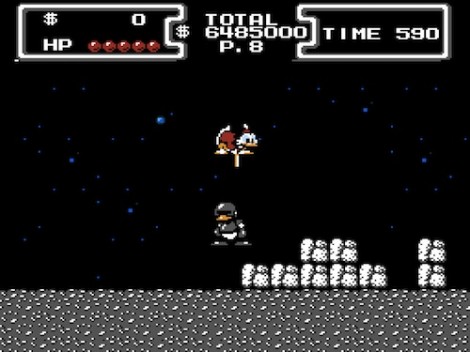 Scrooge knows how it's done.

Justin L
Then you also missed out on the incredible Metroid and Super Metroid soundtracks. Best encapsulated by the amazing Metroid Metal albums more recently.

Justin G
I actually own the Metroid Metal albums as well as the “Harmony of a Hunter” album. What do you take me for, a heathen?

Justin L
I’m just glad we saved you in time. I forgot about that “Harmony of a Hunter” album. Incredible. 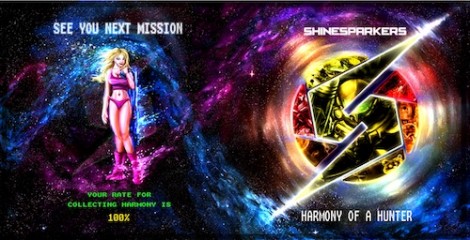 Rob
For no real reason, I get the RBI Baseball tune from NES in my head from time to time. I think there is something to be said for that.

Rob
What the hell is that?! They ruined the video by putting that crap music on top of it. 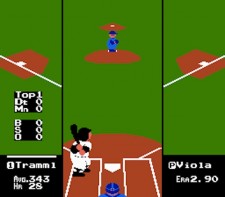 Justin L
Just to heal you Rob, here is the real deal

I had to post the other one as coming up as one of the first links for my search for the real music.

Rob
Thanks that helps. This is the JAM!

Andrew
You just lost all your cred in the music industry.

Josh
But he just exposed us to that amazing/terrible RBI Baseball fan site, and their drinking game. Surely that counts for something?

@IncreaseBlue – Love the Tekken, Yakuza, and Shadows of the Damned soundtracks. Old school favs are Castlevania and FFVIII though

@streetalchemist – It’s all about @dannyBstyle and @shauninman when it comes to VG music for me, maybe some @C418 if I want something chill

@ShaunInman – Mine are @UematsuNobuo,@MPSouleye, and @virtjk. Also, while I didn’t love the gameplay,@bearmccreary‘s Dark Void (and DV Zero) soundtracks are awesome too.