There comes a time in a fan-boys life where he must realize that his idle and idolized franchise is fallible. For me, an obsession with H.P. Lovecraft has equated to constant disappointment when attempts at translating his weird fiction to other mediums has exploded into a juicy spray of broken heart juice (well, most everything other than the incredible Call of Cthulu: Dark Corners of the Earth). When I heard about Red Wasp Design’s attempt at inserting the Cthulu mythos into a turn-based strategy game, I got excited in much the same way that kid from the movie Hook got excited when workaholic Robin Williams promised to make it to his baseball game. I’ll believe it when I see it and after playing Call of Cthulhu: Wasted Land I’m still not sure how I feel, butI do know that I want this game to be awesome.

First off, it’s an iOS game, so from the beginning I assumed I was going to have to make compromises with the game in reference to certain “iOS qualities”. Sure, it’s cheap at $4.99, but I found myself dissecting the store page and in-game menu for any of those rampant additional purchases that are required for any sort of post-five-minute fun.  Not seeing any, I jumped into the tutorial (short and sweet) then began my journey into the mysterious world of The Wasted Land. 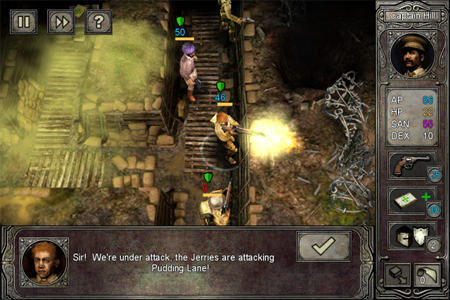 The game is set in 1915 as World War I rages on. America has yet to officially step into the fray but the immediate aid of Professor Brightmeer of the coveted Miskatonic University in Massachusetts (Lovecraft geeks, feel free to squeal) has been requested by the British Secret Service Bureau. For those not in the know, this means that something creepy is going down in Europe and that the war most know about is not the true war being waged between men in trenches. Basically, you’re there to deal with the Ottoman Empire and their allies, both of this dimension and others. I was sold at this point, and memories of my time reading about secret wars and dead gods began trickling into my mind. 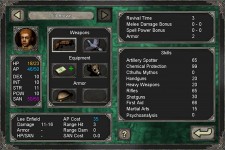 Pigeons are filthy creatures nowadays, but they used to be heroes

My excitement increased further once I got into the game and recognized it as a simple turn-based strategy title. You control a group of characters that attack or move based on AP (action points), each of which is equipped with different weapons and armor as well as possessing different attributes and abilities (such as magic spells or homing pigeons that deliver artillery strikes). While I didn’t get into the full depth of the game,  there’s a diverse palette in place for a really cool experience. The game has a ton of potential, which is what has really driven me to write this article despite what many will currently see as a game that has been rated very low in the App Store being defended by a guy that loves H.P. Lovecraft a bit too much.

There are some pretty substantial issues with the game that need fixed, trust me, I’ve encountered every one of them. The game crashes quite a bit, the touch screen is as unresponsive as a stubborn mule and I’ve not gotten sound of any kind to playback. Yet, the game itself is well crafted, fun and one of the better TBS games I’ve played on my iPad.  I understand that paying money for a broken product sucks, but I don’t think the $4.99 asking price is anything compared to a world where AAA titles consistently ship with major technical flaws. I’m more than confident that these issues will be fixed as Red Wasp already released one update for the issues seen in the iPad 2. Despite the annoying nature of some of these issues, pushing through is well worth it. Just be patient, bros! 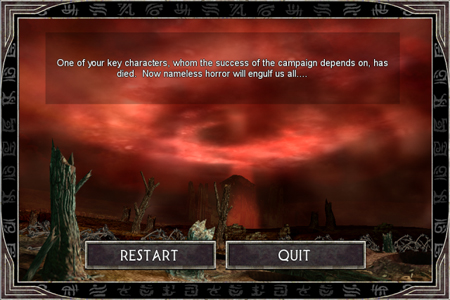 The thing is, for me at least, it feels good to play a Cthulu-mythos game again and it’s also nice to play a game on the iPad that actually feels like a game.  Sure, it’s not going to give you the quick fix that say a Cut the Rope or Jetpack Joyride will, but there’s a place for iPad games that need a long-term investment and I believe this game will be in that class. Now if you’ll excuse me, I have a world to save from tentacled freaks.