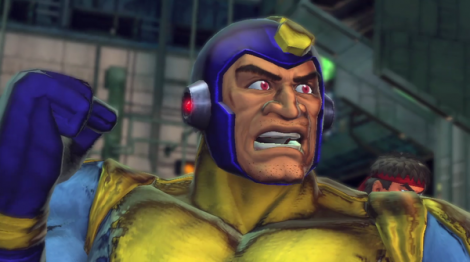 I've been swayed for much less awesome.

Capcom just increased the crazy on Street Fighter X Tekken, a game that has enough selling points in its title alone. Capcom has revealed 2 additional exclusive characters for the PS3 and Vita versions of the game, one of which is Mega Man, but not just any Mega Man, we get the bizarre Mega Man from the U.S. box art of the very first game! I’m still not sure what to make of it, but I will say that the reveal trailer (below) did make me look up the release date for the game and put it back on my radar this spring.

Weird exclusive characters aside, I’m anxious to see how the Tekken players handle themselves in this fighting engine that builds from one of my favorites, Street Fighter IV. Does this crossover look interesting to you or are you already experiencing fighting game fatigue? Street Fighter X Tekken will be released on the PS3, Vita, Xbox 360, and PC on March 6, 2012.