Years ago, the name H21 was not a household name. As a matter of fact, it still isn’t. The point is not that I’m not famous (though I should be); the point is that beyond a few friends and my family, my H21 gamertag was unknown and nowhere to be found. I have been playing on the Xbox and Xbox 360 consoles for more than 6 years now, and it took until 2008 playing Left 4 Dead before I took the plunge and dove head first into online competitive multiplayer gaming. I played for years only on split-screen games or online co-op play, and I avoided playing online with others I never knew because I thought that was all I needed. Who knew it would take a zombie apocalypse to actually get me out to seek others? 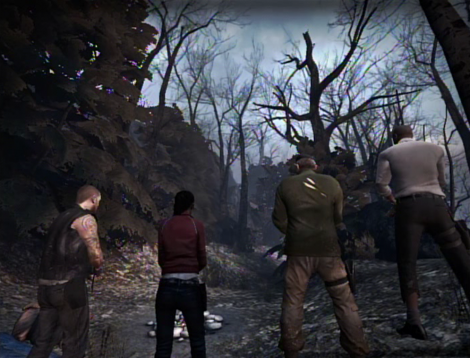 I’m not exactly sure what made me satisfied with not playing online. It wasn’t like the only games I played were meant to be played in a single player environment. I played all of the Halo franchise installments to that point, and I was actually much more into sports games than I am today. All of those games had the opportunity to play in competitive multiplayer environments. To make matters more confusing, I am actually very competitive.

Perhaps I had a negative view on what other gamers online might be like. I knew I wasn’t going to be the best out there when playing online so would I just log on, get beat horribly, and then log off sad and feeling small? Were people jerks online? You can literally be a troll online and no one could really do anything about it. There is still some of that element today, but back then I had no idea what to expect. Competitively – would I get a little crazy on the subject? Would it consume me?

I Wanted to be a Zombie 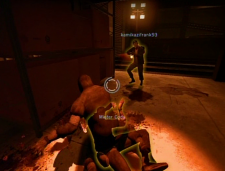 I think what drew me in to Left 4 Dead when it was released in 2008, beyond it being a zombie game, which you can split-screen locally or play co-op all day to your heart’s content, is that I had the opportunity to be a zombie with friends and hunt the human survivors. What a novel concept; what an unsuspecting tactic to rip me from the safety of my non-competitive environment. The thought of my three friends and I hunting humans was a new idea that I thought would just be awesome. Plus, as if it were to answer some of my fears, you can kick players who are griefing or trolling around on your team to make room for someone who wanted to try. It was as if this game was removing any obstacles purposefully for me.

Quoting Aladdin (must attribute the author, Stop SOPA), I hadn’t experienced more fun online to that point than I was experiencing that first night. I remember it vividly as I set out as survivors in co-op first with @Copperskull on No Mercy only to take about four times as long as anyone should on that map searching the maps for everything and letting the zombie hordes come.

We, however, have done tons of co-op on tons of other games at that point. Now it was time to enter versus multiplayer. I remember my first kill. As a hunter, I jumped off a roof in No Mercy and landed on Louis. He screamed helplessly as his team failed to save him. I was finally becoming the vicious zombie I had been waiting for. From then on I was hooked. I joined random games and played with people I never met. This was also my introduction to random gamertags I still can’t figure out to this day what they could mean, and I’ve seen enough over the last four years to think I’ve seen them all and I’m still amazed. 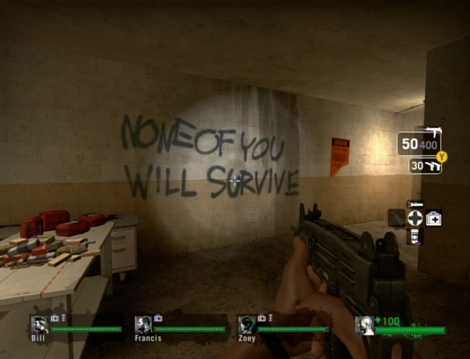 Citing the 19th century American belief, I belonged online. I met so many people along the way, and the majority of my friend list on the Xbox 360 stems from the many years I spent on Left 4 Dead and Left 4 Dead 2. I also had to be involved in all I could find online and reasonably accomplish. Shortly after my friends and I got a grasp of the fundamentals of L4D competitive multiplayer we decided to sign up on Gamebattles to compete with other good teams. We were consistently thrashed, but I met incredible people along the way. Some I have even gone on to meet in person, and most I have gone on to remain in touch with. I began streaming my games and matches online and met many more on the way.

Perhaps it’s just my personality, but I never thought in a million years my experience would be as involved as it became. The friendships I’ve gained, the experience I’ve gained, and the awesome opportunities I’ve taken part of since joining that first versus match in 2008 make every second online worth it. I also can’t imagine going back to a situation where I can’t play online, and many of the gamers I’ve met I know on a first name basis. Some I can call true friends despite where we are. I almost missed out on the online community, and if it weren’t for the virtual zombie apocalypse I might have had to fight the coming real zombie apocalypse alone.

I love you – my zombie team.