Meanwhile… we’ve actually been playing games. Each week we recap our recent gaming experiences and tell you what we’re looking forward to, so you can use your time more wisely than we have. With no major game releases to negotiate where will we turn? 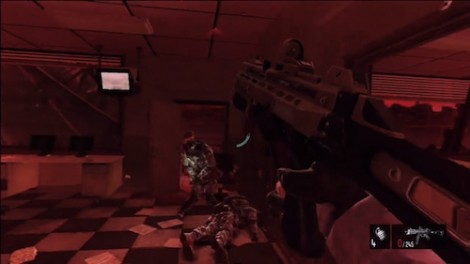 If there was ever a game that needed a marketing do over.

I’ve started a couple of college classes, but that’s not enough to deter me from my moderate gaming habits. The holiday sales have been kind to me with a few discounts and I’ve been able to steamroll some older games. F.3.A.R (or FEAR 3 as I’d rather type) was my first real venture into the F.E.A.R. universe. While it wasn’t the scariest game I’ve played, it had a great arcade-like feel to it that made popping skulls in a supernatural setting pretty enjoyable. I very recently completed Vanquish thanks to a GameFly rental and had a great deal of frustrated fun running through on hard difficulty. I definitely recommend trying both titles as their prices drop before the wave of 2012 games begins to swell.

As for future plans, I’ll continue to dance like a fool with my new Kinect. uselessly shoot at jets in Battlefield 3 and poke at other titles in my backlog. My wife and I still need to finish Rayman Origins too. Maybe one day… As a final note, I tried out the Final Fantasy XIII-2 demo and really seemed to enjoy myself. I gave up on Final Fantasy XIII, but might actually try to play this one start to finish as a birthday present to myself at the end of the month. 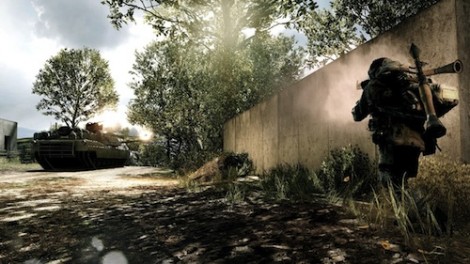 Do you use tanks to blow things up or do you blow up tanks? The choice is yours.

I’ve been heavy into Battlefield 3 multiplayer as we keep adding people to play with and join our BF3 Platoon. It’s become my multiplayer game of choice which kind of surprises me a little considering how much I enjoyed Call of Duty: Black Ops. I plan to continually play this as my multiplayer of choice, but I do want to get some Assassin’s Creed multiplayer in with some folks.

Anyway, I am now in a place where I need to start over on Skyrim and a few other games because I had some hardware failures which erased all my saves on the device. It was a dark day, and I’d rather not relive it. I hope to get back into Skyrim soon and maybe tackle something else on my backlog. 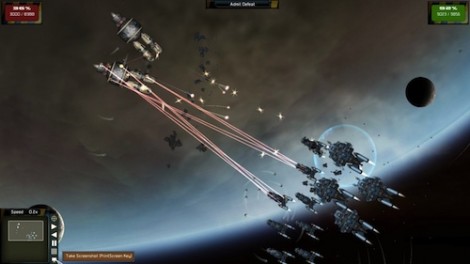 It is better than superfluous space battles.

I’ve been spending a good chunk of time playing Battlefield 3 on 360 and PC. I decided I love Battlefield 3 so much, I went ahead and picked it up on PC when I found a fantastic deal (with help from Joshleedotcom). After a little time playing on both platforms, I have confirmed Origin is the pain in the ass I thought it would be, and also decided keyboard/mouse is a terrible way to fly a plane. When I play on the PC, I keep a wired Xbox 360 plugged in and available. I use keyboard/mouse when I’m on foot or operating a land vehicle, then grab the controller whenever I take to the air in a jet or helicopter.

I’ve also been playing through some of the games I picked up in the Humble Indie Bundle back in December. One of my favorites from the bundle was Gratuitous Space Battles. The best way to test a space ship design is to send it directly into battle, right?

And of course, I’ve been playing Skyrim. I don’t turn it on very often, but when I do, it’s the only thing on the agenda for the rest of the day, and night, and possibly part of the next day; basically, I play until I’m ready to pass out.

Dude, you have a lot more caves to explore get moving.

I’ve played a lot of different games over the last couple of weeks but there are only 2 games I’ve spent a good deal of time with. After a 5 hour play session with The Legend of Zelda: Skyward Sword last week I’ve yet to go back to it. Not because I’m sick of the game, but I just haven’t had any time. I’m not really looking forward to back tracking through the same places I’ve already been, but I know that is a hallmark of the Zelda franchise and it was expected. However I’m still in love with this game and recommend it to anyone who might have a passing interest in Zelda.

I received a gift card to Gamestop for Christmas and went out and bought 2 games with it: Rayman: Origins and Skyrim. I haven’t opened Rayman yet, because all my Xbox time is being used by Skyrim. I originally said that I was going to wait for the Game of the Year Edition, but after listening to some of the Cursed talk about the game I was sold. And it doesn’t disappoint. Though I’m only 5 hours in, I’m hooked on the story. There’s an intimidating amount of content to get through but this game is the one time where I can see myself doing a majority of the side missions. After my Skyward Sword marathon last week I wanted a change so I started to play Skyrim. About an hour into it (without saving) my stupid cat knocked the plug out of the wall and killed the power. I haven’t gone back to it yet because I vowed to finish Zelda before playing another game. Stupid cats. 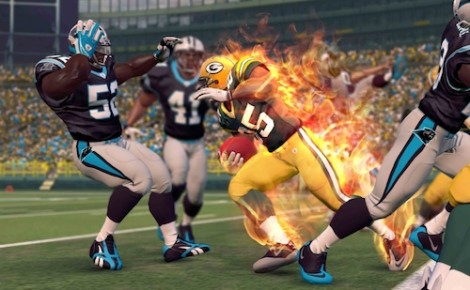 But if you hit him in the head, you still get a penalty.

My recent playlist has been a bit light as I’ve actually been a bit more focused on planning out changes for the site itself. However, I did have a nice break from the day job after Christmas which resulted in a heavy dose of The Old Republic. I’m about 20 levels in and while I’ve really enjoyed my time and the story of my evil Smuggler, the MMO is already wearing on me. I’m not sure if I’m gonna go back or not because if I stay away now, I’ve made a clean break without having to pay a subscription. I do want to see more of the game, but I don’t want to get sucked in…

I did pick up the new NFL Blitz on XBLA last week. I’ve played a handful of games but have no definitive opinion of the game yet other than it’s not the best Blitz I’ve played. I was just thankful that my Colts aren’t completely terrible in the game (Highest offense rating, lowest defense rating is something I can’t argue with). I also randomly played a few rounds of Need for Speed: Hot Pursuit. That game is damn fun and safe to play when the kiddos are running around which is not something I can say about most of my video game library. Plus the Autolog is full of times to beat from friends that picked the game up after me, so I have some leaderboards to top. 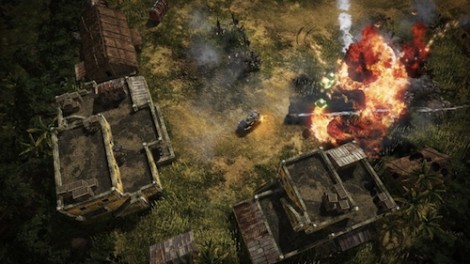 I’ve actually been a little light on my gameplay over the last week, which is surprising considering it’s immediately post-holiday, but I didn’t get any new big releases for Christmas. I have played a lot of Renegade Ops (on XBLA) recently after wrapping up the excellent Saints Row: The Third. Both are lots of fun, but while Saints Row was clever, the dialog/storyline in Renegade Ops was either written as a swan-song by the old GI Joe cartoon writers or (I hope) with a lot of tongues firmly placed in cheek because if it wasn’t…wow. It makes the Gears dialog come across like James Joyce.

I just rebuilt my desktop to handle some gaming but, despite downloading some games, I haven’t been able to actually try it out because the future Mrs. GiffTor is making up for her time away from Sims 3 in spades. I’m considering picking up Skyrim this weekend, but we’ll see what happens; I’d really like to keep going to the gym instead of migrating back to full-on couch-potato.