There are periods where the indie genre commands attention. In 2011, the debut album Torches by Foster the People is nominated for Best Alternative Music album at the Grammys, The Artist won the Golden Globe for Best Picture Musical or Comedy (and is expected to receive many Oscar nominations), and a little game called Bastion made several top ten games of 2011 lists from traditional and non-traditional video game websites. In fact, NPR had three indie games in their top ten of 2011 (Bastion, Minecraft, and Superbrothers: Sword & Sworcery EP). This past year was a huge year for all things indie. I spent a lot of time this year listening to indie music and watching many indie films, but I failed at playing indie games. I need to give indie games the same level of attention that I give to indie movies and music.

1. noun – An obscure form of rock (media) which you only learn about from someone slightly more hip than yourself.

7. noun – … symbolizing originality and forward-thinking, especially in music and design …

The indie genre shows off a lot of lesser known and talented individuals that haven’t quite ‘made it’ yet. Like the rock industry, there are a lot of smaller studios forming to create formal development houses and a way for these small developers to be identified and distributed to the masses. It seems that in the last few years there has been an explosion of indie games and the quality is just as good or better than some big budget titles. Steam has to get a large amount of credit for what seems like sudden growth. The platform for digital distribution that Steam has created seems to do a great job of not only promoting these games, but providing them to the masses as well. I’m beginning to wonder if being naive to the growth of indie games, or preferring to stay within the comfort zone of consoles, has kept me sheltered from the world of indie games. Slowly, I am discovering that there is a wonderful indie world that I need to embrace. 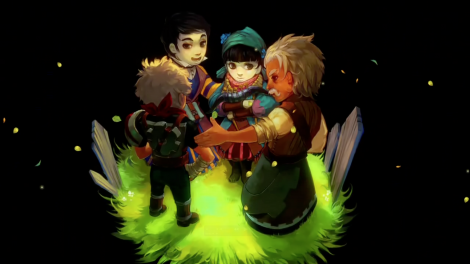 I think it's time we get to know each other.

I have been a big fan of indie movies and music for a long time due to their accessibility. Until the last few years though, I had not looked for, nor knew of an easy avenue to find and consume indie games. To be honest, I really never thought much about indie games until Horrible Night. I was ignorant to the genre’s existence. Now, I find myself wanting to venture out into this new world of gaming experiences. Many talented individuals are creating their games, their art, their labors of love for us to indulge. There is something pure about a game that is created not with the intention of monetary gain, but the intention of sharing their idea, concept, and vision for us to enjoy. Video games have starving artists and these artists need to take the risk on their big idea. I want to see your idea in motion and participate in the story you want to tell. I then want to share that story with my friends and selfishly get that kick out of saying, “I knew about that game before it was cool.” Earlier this year, I downloaded the demo for Bastion and really enjoyed it, but never pulled the trigger. Now, I think I’m finally ready to fire away.

I have to download Bastion. The numerous nominations should be enough of persuade me to playing the game. I do have the Chrome version of the game, but I want my full Bastion experience to be with a controller. I’ve heard so much about dual wielding shotguns, and I want to have the chance to craft my own experience. I also want to see how agitated the narrator could get because of my actions. I am pretty confident that there will be little to no disappointment from Bastion. Indie games are very appealing to me for many reasons, and I can’t resist the appeal of nostalgia. 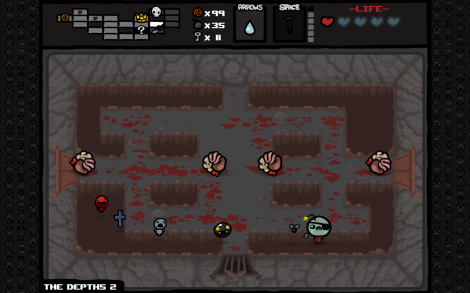 Familiar but new to me.

There is one theme I have noticed from the few indie games I have played: a lot of indie games are strongly rooted in the nostalgic games of the past. The first game that comes to mind is The Binding of Isaac. I know that there have been a lot of things said about Isaac by now, but anything that looks, feels, and plays like the original The Legend of Zelda is right up my alley. Challenging me with one life and no continues reminds me of my NES. Many games at the time purely tested your skill by not allowing you to continue your progress after you die. This was one of the many characteristics that made those games great. A lot of the current indie devs grew up playing these classic games and have been heavily influenced by them. In the end, we are beneficiaries of great new games that have a solid level of familiarity. These developers are creating re-imagined games from years past. The developer’s description of Space Pirates and Zombies (SPAZ) summarizes one of the great ideas in indie games best:

“At its core, Space Pirates and Zombies is an action based, skill oriented, top down space combat game. It’s similar to the ones we knew and loved in years past, but now using full physics simulation and modern graphics for those oh so pretty explosions. But as you dig deeper, SPAZ becomes much more.”

That statement really hit home the tone of indie games for me the first time I booted up SPAZ. I knew at that moment that I need to spend more time with these smaller developers.

We know that 2012 will be a year littered with new console rumors. In some ways, the industry has become somewhat stale and complacent. Yearly title releases that lack any true innovation have created a destructive model. Every once in a while an indie artist comes along and changes the entire landscape before becoming a house hold name. It is very possible that within the next few years we see a game break the conventional model much like Nirvana did in the early 90’s. 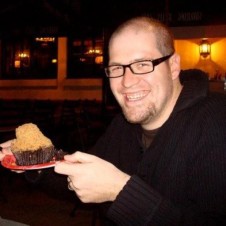