When you think about buying a console, different criteria should run through your head. Can I afford it? Will I get my money’s worth? Does it have games I want to play? Do I write for a gaming website and feel like I need to have one so I can have all three major consoles and cover everything I can cover in the gaming universe? Well maybe all of them except for the last one goes through your head, but they all went through mine.

I’ve been wanting to get an Xbox 360 for awhile now but couldn’t justify the purchase for a myriad of reasons. That is until I bought the “new” Xbox 360 the first day it was in stores.What brought me to that point? Let’s examine my reasoning behind not purchasing and what drove me to finally rejoin the family. 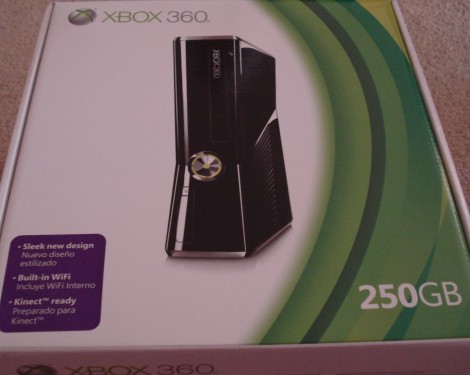 Too Expensive for my Blood

When I say too expensive, I mean the top of the line Elite model because who really wants a 360 with no onboard storage? Not this guy. However, it was not just the console’s actual price that was holding me back. It was what I wanted included in that price. The two other major consoles (Wii, PS3) both have built in wireless (hell, even the DS has it). But in order for the 360 to be able to connect to the internet wirelessly you had to purchase a $100 dongle. Not that I use the wireless in my current set up, but maybe I’ll move one day and have to use it. I didn’t say my justifications were good, but they are my justifications nonetheless.  Plus, Xbox Live cost $50 a year and I got to play online for free on the PS3.

The price is still $299 but it feels like I’m getting a better deal because of the built in wireless and the bigger hard drive. Microsoft made the 250gb drive the standard one in the slimmer model, giving me plenty of space for all the games I want to download that I’ve missed over the years. Even though Xbox Live is still the same price, you get a lot more for your money than you do on the PSN. Since I don’t have to buy the wireless dongle now, it’s like I’m saving money!

Before I got married, it was easy to spend money on frivolous things, such as video games. But now it is more important that we use OUR money to buy things for the house, or for something we both need instead of things we want. Actually my wife isn’t like that at all but it makes for good justification anyway. It’s a lot of money for one thing, especially when she could get a Coach purse or something totally useless like that.

As soon as my wife got home from work on the day of the Microsoft press conference, I had her join me on the couch to watch the Kinect demos. I knew she would be like “This is so coooool.” And I was not wrong. As I’ve written before in “My Wife Wants a Kinect…” she likes the idea of having fun while working out and what better way to do it than Your Shape and Dance Central. She asked me when it came out and how much it was and I knew I was going to be getting a 360. 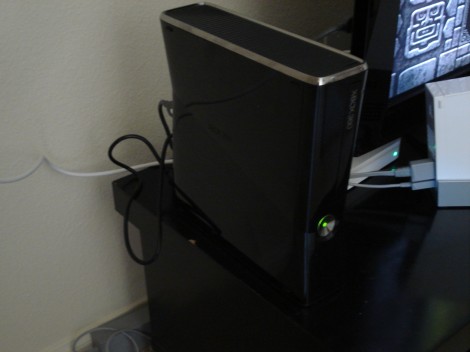 My wife is playing Zuma.

The Xbox 360 was the first current generation of consoles that I owned but I soon grew tired of the lack of releases that really whet my appetite. At that time the PS3 had just dropped in price and I was in the market for a blu-ray player. Plus, Metal Gear Solid 4 was coming out soon and I found myself in the Playstation Store in the now defunct Sony Metreon in San Francisco with the money burning a hole in my pocket. I was a multi-console owner at that point and then I got the red ring. That was it for me. I got it fixed and then I sold the 360 and didn’t look back…

…Until recently. With the launch of Horrible Night I felt like I couldn’t cover all the video game bases if I didn’t own a 360 as well. And if there isn’t a better justification than that I don’t know of one. My wife is very supportive of what I’m doing in terms of the site and she actually understood the reasoning behind the purchase. Getting one also means she gets to get re-addicted to Zuma and find out the joy of all that is Peggle.

I Was Gonna Get it Anyway

All of the above reasons aside, there was going to be a 360 in my house at some point or other. The new slim 360 just made it happen a lot quicker than I expected.

Now that I have one, I have gone back to some of the games that I’ve missed like Shadow Complex, Trials HD and Mass Effect and I’m loving every minute of it. Maybe I shouldn’t have sold it in the first place, but now the games that Ihaven’t played are a lot cheaper and as P. Diddy once told us, “It’s all about the benjamins baby.”