Meanwhile… we’ve actually been playing games. Each week we recap our recent gaming experiences and tell you what we’re looking forward to, so you can use your time more wisely than we have. The last meanwhile of the year is upon us, here’s how we are wrapping 2011: 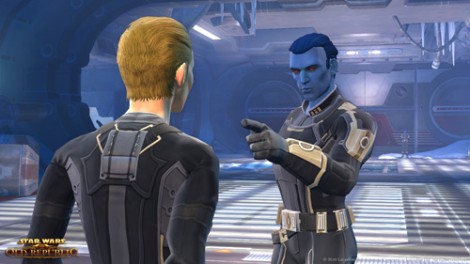 They left you behind.

Honestly, I’m thrilled to have game of the year discussions behind us. It’s time to game for me and not for research haha. That means two epic adventures await me. First off, I cannot wait to waste days of my vacation in Skyrim. I’m really glad I did not try to rush through that game because I just want to wander around and find what I find. Who knows when/if I’ll ever finish the story, but one things for sure, plenty of dragons will die.

Then of course if you’ve been following any of our Star Wars: The Old Republic conversations, you won’t be surprised to find out that I gave in and purchased the game this week. Eventually I’ll need a break from hunting dragons and smuggling/bounty hunting seems like a good alternative. The real trick will be to see where we are at when we come back in 2012 as far as any guilds and what faction our staff is actually supporting because right now, we are scattered. 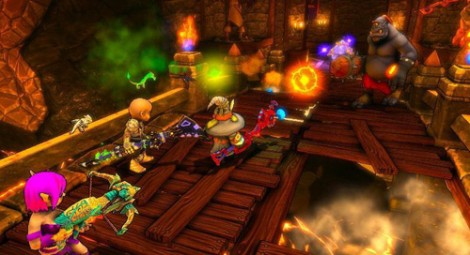 I finally got into Terraria’s hard mode after a couple failed attempts at fighting the Wall O Flesh so I am thinking I’m going to dedicate some time to exploring the more hostile environment. My older brother is going to be in for a big surprise when he jumps back on our server!

I really want to spend a ton of time playing Dungeon Defenders because I really think that is a game I could get pretty good at. I struggle in deciding which character to level up, but think that I will probably continue building up my Apprentice as he has the most capable offensive towers.

Skyrim still lingers but I haven’t found the motivation to dive back into it.  Continue saying this I know, but something is holding me back a bit. However, the latest patch that allows 4 gb of memory has me curious as to whether or not some of the slow down has been resolved on my system. 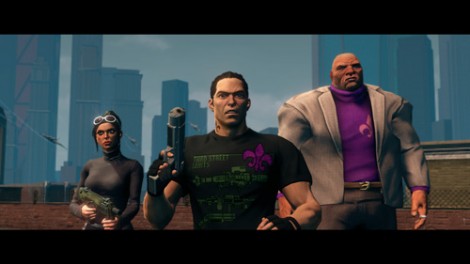 Aww the gang is back.

Long story short? Saints Row: The Third. Oh, sure, I’ve played a little Pentris and Atomic Bomber on my tablet when I’ve been killing 5 or 10 minutes here or there, but when we’re talking about getting actual gaming in, it’s been 100% Steelport mayhem. I’ve leveled up my character all the way to 50 and finished every side quest…and when I thought I beat the game last night, it turned out that I just finished Act II. Saints Row is probably one of the most flat-out fun games I’ve played in a long time, especially considering that the upgrades are ridiculous and are the equivalent of cheats that you’d have to enter on other games. Getting shot a lot and dying? No problem. Just spend some cash on the Damage: Bullets upgrade and you’ll be bulletproof. Need to get from one side of the map to the other? Piece of cake. Call a homie to bring you a transforming VTOL, fully loaded with laser guns and missiles. And if you get bored, you can always beat someone to death with the Penetrator melee weapon or shoot them with chum and wait for the street shark to consume them in a splash of gore. It’s not for the kids, but damn, is this game fun. 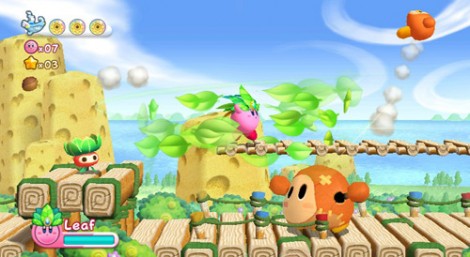 We should all be so lucky.

There’s a serious case of Star Wars overload at my house right now. I’ll obviously be playing more of my Jedi Guardian, Jash-Li, in The Old Republic. I’m also thinking about trying another class. Maybe I’ll roll an Imperial Agent and play with Mr. Lacey (SUCKER!). I’ll be doing all this while watching the prequels, Ewok Adventures, and of course the Christmas Special.

I expect I’ll also get some S.O. gaming in over the break, with Rayman Origins and more Kirby’s Return to Dream Land on our list. Then, when everyone has gone to bed and no mice are stirring, I will contemplate installing Duke Nukem Forever. Of course, I won’t actually do it. Instead, I’ll just play some more Skyrim. 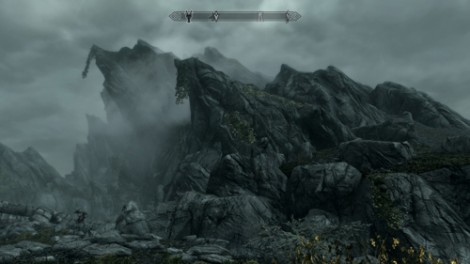 The are other rocks I have yet to see.

I’m finally getting to spend all the quality time I want to spend in Skyrim thanks to my holiday vacation. I’ve been primarily playing that.

When I want some human interaction I have been playing all the multiplayer favorites: Battlefield 3, Modern Warfare 3 and Gears of War 3. I like vacations. 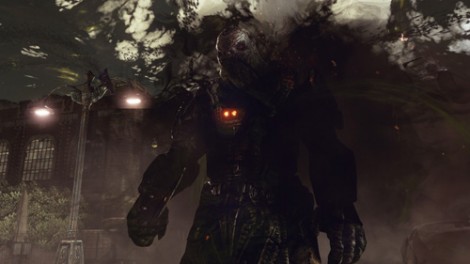 Such a creepy dude.

If I learned anything this year, it’s that I hate my backlog. It seems to be easier to grow the backlog than defeat it. This week I picked up Just Cause 2 because I thought why not? I enjoy senseless violence and explosions as much as the next guy. I also need to finish RAAM’s Shadow in Gears of War 3 and get to level 50 on horde mode (34 is the highest so far). I did play a game of horde recently that had a Berserker in every round. Hey I’m just glad that I have exponentially more friends to game with than ever. With that said I have some Rocket Enemas to deliver. 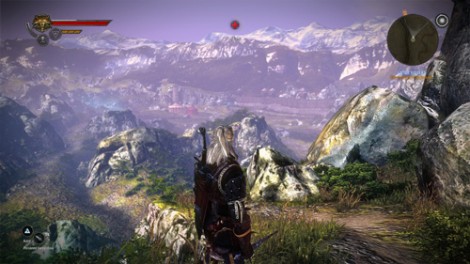 I also have adventures.

Just when I thought December held nothing for me but time and Christmas spirit, the Steam Holiday sale begins and unloads a truck of heavily-discounted games in front of me. The original plan was to catch up on all these older 2011 titles. While I’ve knocked out more than a few, here I am snagging more games and basically negating my own progress. At least there are daily objectives to complete to earn coupons, full games and chances to win every single Steam game currently available in this whole mess. I’m so weak…

While everyone around me talks about Jedis and lightsabers, I’m going to keep on slapping dragons around in Skyrim until the New year’s ball drops (hee hee). I also want to complete my play-throughs of The Witcher 2 and Rayman Origins.  Other less-urgent plans include attempting 100% in Assassin’s Creed: Revelations and Saints Row: The Third for maximum bragging. Last but not least, I’ve got multiplayer games like Battlefield 3, Uncharted 3 and Gears of War 3 that I can bust out when necessary. Yes, I see plenty of rocket enemas, parkour and chainsaws in my Christmas future.