We can’t be informed on every video game purchase. Lucky for us our gaming friends are very opinionated. Unfortuantely, they aren’t all that reliable. What has been a game purchase that your friends have convinced you is awesome but either a: sucks or b: they stopped playing the second you bought it?

Want in on the weekly conversation?
Every Wednesday we pose a question on Twitter and Facebook. You can answer from Wednesdays through Mondays on Twitter with the hashtag = #RE2ALL, and in our weekly thread on Facebook.com/HorribleNight posted every Wednesday. Check out this week’s responses at the end of the post, and add to it in the comments! 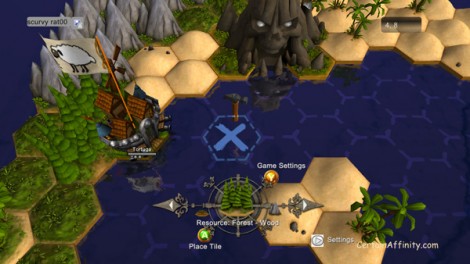 I was told there would be booty.

Haha!… I don’t know, but I’m pretty sure I’ve done that multiple times to my friends. Hey Coop, do you wanna play the BC2: Vietnam pack?… How about some Age of Booty?

Yeahhhh. So, umm, Justin, how about some Saints Row: The Third co-op!?

Josh, you are lucky Saints Row ran so well on my computer. I switched platforms for you! I’ve never felt so violated.

You all should feel lucky that I never pressed my World of Warcraft addiction on you this year. I should be commended for that except as I’m sure as we’ll find out in this thread, I’ve screwed over a lot of people in the past.

I am still bitter that no one has ever visited any of my Animal Crossing towns though.

Then again I’ve agreed to buy a few games to play with a buddy and then never bought the game. Justin?… Blur? That one was my loss, really.

Blur was good you all missed out. One of the few that I actually played online BY MYSELF waiting for others to join in. You are all responsible for Bizarre Creations going out of business. I hope you know this. 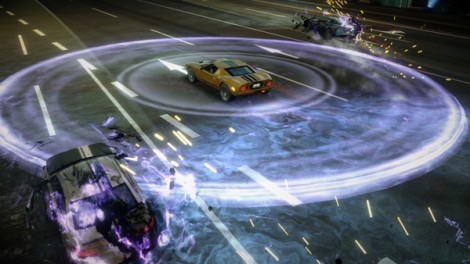 I wanted to hit all of you with this.

This just reminded me, are any of you going to pick up Mortal Kombat ever? I even gave it a 5 star review to try to help make my case.

You bought it on the wrong console!

You have no platform loyalty!

I think I want Saints Row 3, but I am thinking that those that own it will not be playing it quite as much as they may be now. I may be able to be convinced on that, but I’m not sure which console I’d purchase it for…jk it’d be on PC.

It’s been quite some time since I tend to buy single player games and am ok with playing multiplayer with strangers (though I’m not ok with other stranger related activities). Most of the time, I’m the one convincing others to buy games and then I lose interest, but I do recall my brothers convincing me to get Modern Warfare 2 and only getting a couple of sessions of multiplayer in. Gears of War 3 was a game that I thought I’d frequent quite a bit after being indirectly roped in, but I think I ruined that myself by having two gigantic gameplay marathons.

I got roped into restarting my WoW subscription a couple of years ago. Some “friends” said that they would make new characters to play with me. I resubbed, but not a single one of them made new guys. They always had excuses like “as soon as we get done with this raid” and “oh sorry, I just logged in to check my auctions, gotta get back to school”. 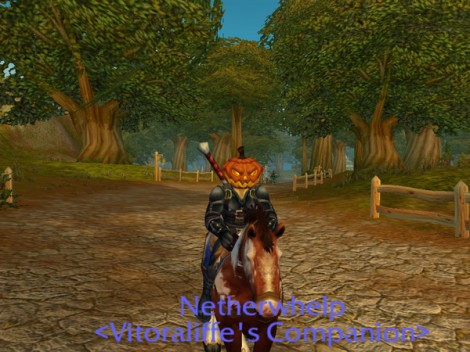 Come on guys, I want to show you my new hat.

Not to name names, but these so called friends were Lance Massengill and Ted Summerseve.

Almost all of my sports game experiences were like this. Which is why it will be an unlikely, rare gem to find me purchasing another sports game in the near future.

Yeah Rob. That Vietnam pack is eating up a lot of hard drive space. I can’t really point fingers though I made another friend of ours buy Left 4 Dead 2 to play with me and Justin and we played with him once.

I was also conned into buying The Club so that me and Justin could play co-op, however, it wasn’t his fault that the co-op sucked.

I don’t know how they screwed up the multiplayer on The Club. That game could have been great.

Also, if it wasn’t for Josh Lee misleading me on how much he’d play Saints Row: The Third, I’d probably be playing The Old Republic with him right now, maybe I should thank him for that.

One of the more honest attempts at getting a group to game was a few years ago when Coop and I setup a Team Fortress 2 server. We had a lot of issues getting it running and were playing on public servers while we were working on it. By the time we actually got our server set up we were kind of over the game and moved back to consoles. You can see all the remnants of the group we roped into that one if you look up the Shotty2ThaFace group on Steam. 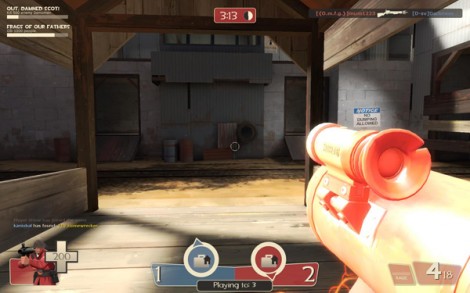 All work, forgot to play.

Long live Shotty2ThaFace! I think we need to keep it going.

A friend and I convinced another friend to get BioShock 2 on the PS3 because we were playing the multiplayer for kicks at the time. I don’t think I ever played it again after he told us he bought it. Whoops.

I feel like I’m way into the gaming universe and plan out most games I want to have been tricked by others into making a lousy purchase. The closest thing I can think of is talking with a friend about how cool Brink might be and we could squad up together. I only playing that game for 5 hours and never again. My poor money.

The first thing that comes to mind is UFC Undisputed 2009. I remember buying that when I was running with the GameBattles crowd because virtually all of them were claiming it to be amazing. There was a lot about the game I liked, but I didn’t really intend to buy it until I was struck by peer pressure. I was also very leery of the purchase with “2009” tagged on the end as though it was going to suffer from Madden syndrome with annual releases with little improvement. In the end, I think I did about 5 matches online with only one of them set up through GameBattles before I turned it in for something else. 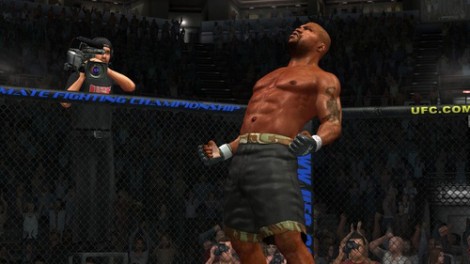 See you next year, maybe.

My brother tried to convince me of buying the UFC game as well, but I held back despite being a huge UFC fan at the time. It wasn’t that I didn’t think the game would be fun as much as I was afraid that if I did play the game, I’d want to start cage fighting again and seeing as I already had a million other pursuits going on at the time, I really didn’t need the temptation.

Looking into the future, I would love to trick some people into playing The Secret World as that game looks pretty amazing and is right up my alley in terms of theme. I am weary of the MMO mechanics, but that won’t stop me from convincing others to play it with me until the subscription costs become too much to handle.

I’ll just come right out and say that none of you will ever convince me to start paying to play an MMO. Surprise!

That sounds like a challenge if I’ve ever heard one. We’ll come back to you when the Fallout MMO launches.

Hey, if it doesn’t have a monthly fee I might try it. However, if we play it as often as we play all of these other games we con each other into buying I’ll probably have to pass.

If there were any time I was happier I don’t buy games based upon whether you dudes are playing online, it’s when I was trying to answer this question. So, as far as buying a game and regretting it because no one was playing online? Nope, hasn’t happened. As for the second half of the equation…my brother’s fond of saying “trust, but verify.” The only time I’ve forgotten to do that, I ended up buying Darksiders, which is pretty much universally loved amongst the Cursed. If you’re unaware, I was…nonplussed when it came to Darksiders. In other words, it wasn’t a steaming pile of crap, like Mercenaries 2, but I thought the pacing sucked and I got bored with it. Other than that, I’m having a really hard time of figuring out a game a friend recommended that I bought and hated and I think that’s partly because I have a pretty good idea of what I like and don’t like and, unless someone makes a really compelling argument (like Alex and Ethan did with Minecraft) I’m pretty cautious about coming out of my comfort zone. Or relying on multiplayer as a selling point. 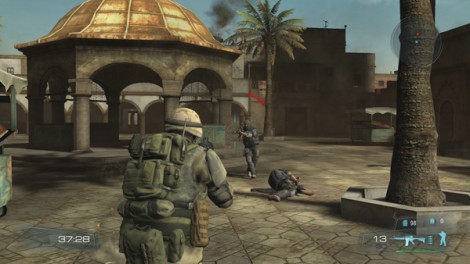 The one major game that I caught up in was SOCOM: Confrontation. I had this one friend/co-worker that would always tell me these seemingly awesome stories about different play sessions he had with his squad. The stories sounded so good that I just had to see what this game was all about. I had never played a SOCOM game and never will again. It wasn’t fun. Coming from Modern Warfare it was a big change in style and gameplay. Maybe that’s why I didn’t get into it. I gave it a good shot but then Modern Warfare 2 came out and nobody played SOCOM anymore. I don’t have the game anymore but I did keep the headset…which I don’t use either. That’s the last time I buy a PS3 multiplayer game.

Maybe a bit off base, but Steam is my worst gaming friend. It’s love/hate. I don’t know how many games I’ve bought and never played because Steam made it seem stupid NOT to buy it. The holiday sale has started, too…

I have never really been in a situation where I picked up a game to find that my friends had bailed on it. Rob makes a fantastic point in regards to Steam. I have starting picking up some of the most random games because someone said it was on sale on Steam. My wallet hates all of you.

Building your Steam game library is a game in itself. Then, when all the game developers get in a boat together that sinks into the deepest part of the ocean, you’ll be glad to have a backlog 100+ games strong.

@IncreaseBlue– LittleBigPlanet. Soon as I got the second game I couldn’t believe how quickly they abandoned it. #lonelySackboy
@Pixelmixer – I have a couple of those It seems the only games that friends play regularly are COD. Worst were BC2 and Madden 11.

Well at least we all do it. We’ve all been screwed over by bad advice and given plenty of our own. Let’s hope we make better decisions in the new year, and that there are more addicting co-op and multiplayer experiences for us to sucker our friends into.

1 Comment → REPLY TO ALL: I Need New Gamer Friends