Josh has traditionally been anti-MMO games but has fallen for Star Wars: The Old Republic, so Justin sits down with him to figure out what has happened and if he should join in. 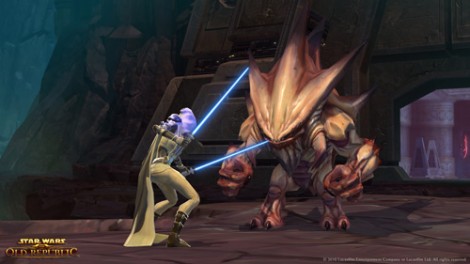 Justin and Josh both participated in the Star Wars: The Old Republic beta recently. Josh wrote about his experience with the beta and went on to preorder the game and spent the past weekend playing with a co-op buddy thanks to the early access granted to preorder customers. Justin has been cautiously watching at a distance and is still weighing whether or not he will purchase the game. Josh has been outspoken about his disinterest to play another MMO but has been raving about this latest entry into the genre, which provoked Justin to question Josh’s logic and opened the way for this conversation.

This episode is recommended for anyone on the fence about MMO’s and The Old Republic in general. If you have questions for Josh or Justin about the game please reach out in the comments.