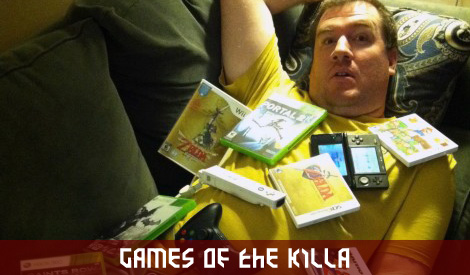 While I can’t say that I’ve played every game that was released in 2011, I have played more games this year than any other. A lot of my time was spent playing games released in 2010, so it’s hard for me to separate the two years. That being said, I’ll be catching up on Mega Release Fall well into 2012 so next year won’t be much different.

Colefacekilla’s Top 6 Games of the Year 2011 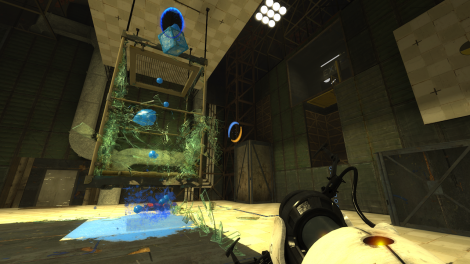 Bouncing above the others.

Portal 2 – I wrote a whole article about how Portal 2 was my game of the year in 2011 and I stand by that statement. Sure, there are some major competitors out there but nothing came close in my book to just the overall level of enjoyment that Portal 2 provided. Not only was the gameplay absolutely solid, the level of humor the game contained is pretty much unmatched. It’s rare for a game to get me to laugh out loud when I’m by myself and Portal 2 had me laughing on numerous occasions. Games just don’t do that. In a year littered with sequels, Portal 2 was the one that advanced the original ideas presented in the first game while providing a challenging yet entertaining experience along the way. Portal 2 is a game I’ll be playing over and over again for many years to come.

Uncharted 3: Drake’s Deception – The Uncharted series is one of my favorite series of all time. It’s got everything I love: mystery, adventure and historical people & places. Uncharted 3 continued the tradition Naughty Dog has been building over the last five years. Once again, the visuals are outstanding. In no other game do I ever just stop playing in the middle of it to appreciate the beauty of the world in which it is set. It’s amazing what Naughty Dog has been able to do with the PlayStation 3 and it makes me wonder why other development houses haven’t done the same. If the world had more Uncharted clones, I wouldn’t be that disappointed. While the advancements from 2 to 3 aren’t as noticeable as from 1 to 2, Uncharted 3 is still a great cinematic experience that shouldn’t be missed…even if the gunplay is a little repetitive after a while.

Batman: Arkham City – It’s the Goddamned Batman. Another great sequel to a great game. What can I say about Arkham City? I love every single thing about it. It wasn’t as big as a surprise like the Arkham Asylum because we knew what to expect from Rocksteady, but that doesn’t take away from the fact that this is one fantastic game. The open world nature of the game really put me into the boots of The Bat – I felt like this is what Batman does on a nightly basis. The cast of characters is fantastic and Nolan North’s performance as the Penguin shows how versatile that guy really is. Sure, he can play Drake like characters in his sleep, but the Penguin? Holy crap! I don’t know if I want to see another Batman game after this one because it can’t be as good as the first two. Can it?

Competing with the big boys.

Bastion – I was excited to play Bastion the moment I first heard about the game and that excitement for this game has yet to wane. I tell anyone I can that Bastion is a must play. Not only is the gameplay completely solid, it looks absolutely gorgeous. If it wasn’t so widely available on numerous platforms (you can now even play it in the Chrome browser!) I would consider it a system seller for the Xbox 360. Taking a pretty standard genre and adding the things that Supergiant did makes Bastion a serious game of the year contender. I’m not just talking about the downloadable scene, either. It contends with the AAA titles that everyone will have on his list this year. It’s that good. The way the story unfolds with the unique narration device will be copied for years to come. Bastion makes me really excited to see where the indie scene goes from here and what kind of heights Supergiant games will be able to reach.

The Legend of Zelda: Skyward Sword – Admittedly I was a little weary of Skyward Sword. I didn’t know if I was ready for another Zelda game on the Wii. I didn’t hate Twilight Princess, but it wasn’t different enough from Ocarina of Time to make it that memorable of an experience. Even after I read some glowing reviews, the desire to play the game hadn’t really hit me. It wasn’t until my wife surprised me with an early Christmas gift of the game that I finally started getting that itch. Once I put it in the Wii, I was sold and quit playing everything else in my queue. Admittedly, I haven’t finished the game, but I love everything about it so far. Yeah, it does start very slowly but once you get past that, it is pure enjoyment. It is different enough that it gives me hope for the future of the franchise.

Saints Row: The Third – This game was nowhere on my radar until I played it. Earlier this fall, Justin L asked me if I’d like to do something on Saints Row: The Third and I had to tell him I had no interest in the game whatsoever. That disinterest didn’t last once I started hearing people talk about how ridiculous The Saints are. This is the most fun I’ve had in a video game in a long time. Not only is the story entertaining as hell, the gameplay is right there as well. There is just enough challenge to remain interesting without being frustratingly difficult or too easy. I’ve been recommending this game to as many people as I can and I can’t say that about a lot of games. Get this game. Everyone needs a game like this on their shelf. 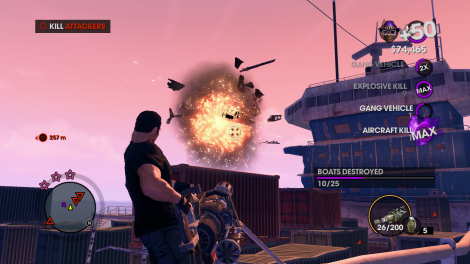 Do you need another reason?

These are my favorite games of the year but I haven’t played them all. Looking ahead I’ll definitely be picking up Skyrim at some point and that might end up changing my list when it’s all said and done. But until then, these are the games I’ve had the best experiences with this year. It’s been a great year and quite possibly one of the best of all time. I look forward to the advancement of the industry and all the great games we’ll get to play in the future.