Serious heroes are not made in one battle, let alone in one-on-one battles. The true test of heroism lies in wars of attrition. Recognizing the against all odds moments and stepping up is the first test of a would-be hero. When the war comes it will come quickly and it will bring an army the likes of which we have never seen. Will you be ready? You can be if you know the lessons of Serious Sam 3: BFE.

The Lessons of Serious Sam 3: BFE

I learned something today. I used to be a hugger. I blame all of those Free Hugs campaigns back in college. Once you hug a stranger it’s not so weird the second time and you start to notice people who just need a little boost to their day. The best hugs though for me, are the loud ones. Where both people just get excited to see each other and run straight for one another barely being able to contain themselves. How can you not smile when you see something like that? Well, now I have an answer for that question: When one of the people is headless, screaming, and has bombs for hands. Hugs are ruined forever. Thanks, Serious Sam 3: BFE.

One enemy means one million more

I learned something today. Unfortunately, that screaming crazy headless hugger was just the beginning. If you see one of these inhuman foes, know that he is not alone. Not only do they come in kamikaze packs, but they have other, more dangerous friends who travel in waves. Chances are you aren’t going to be able to get a way. So steel yourself and assume that there are a million enemies headed your way as soon as you see the first one. They will come at you from every direction and even teleport in out of nowhere if you’re wrong, then the fight will be easy, unless of course there are two million… Rembmer, it’s a murderous marathon not a skillshot sprint. Spray and pray that they underestimated how serious you are. Thanks, Serious Sam 3: BFE. 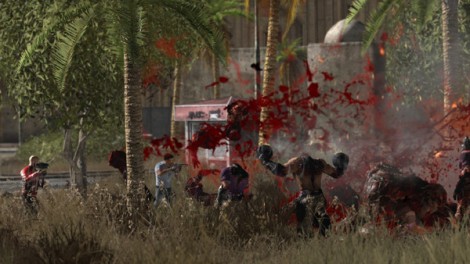 No one seriously has regenerating health

I learned something today. While it may look like the end times when wave after wave of evil begins attacking you and our planet. Don’t be fooled into thinking anything is possible. Just because you are surviving and feel pretty damn powerful, you are not immortal. Sure, that adrenaline may give you the ability to carry as many weapons of any size that you want and as much ammo as they will take, but when you get shot, you are going to bleed. That bleeding isn’t just going to stop in its place and heal on its own. Don’t be ridiculous. This is war. Go pick up anything that is glowing red, only then will your scarred body heal itself. Thanks, Serious Sam 3: BFE.

Only the coordinated can fight

I learned something today. The good news is that when faced with an oncoming flood of freaks your instincts are right, you need to move backwards. Don’t turn and run though, there is no escape. Back up and shoot, and keep backing up and keep shooting. Do not attempt to glance back and see what is behind you, focus your fire in front of you and keep your enemies as far from you for as long as possible. They will follow you, just keep the death train moving and snaking so you can thin the crowd. You can move forward once the bodies are dead, just take note of where they are, because that next wave is of attackers is going to be even bigger and probably push you back to this same area and the last thing you want to do is trip. Thanks, Serious Sam 3: BFE. 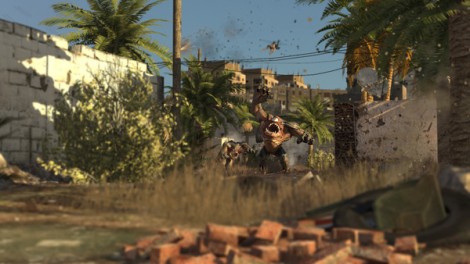 May want to move back.

Things will look bleak, and at times it may look like you are the lone survivor with no one left to fight for. I can’t tell you that others will be as fortunate as you are serious, but when you win at least you’ll feel like a bad ass. Thanks, video games.