Meanwhile… we’ve actually been playing games. Each week we recap our recent gaming experiences and tell you what we’re looking forward to, so you can use your time more wisely than we have. This is the toughest week of the year to play games. All kinds of new trailers and gameplay features being revealed left and right at E3, makes it a bit tough to get excited about something you’ve already been playing. My advice? Shoot someone in the face, because it never gets old and it’ll jar you back into gaming bliss. 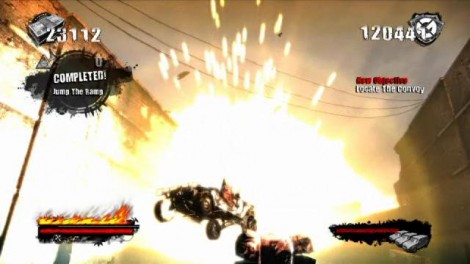 JDevL
Gonna be hard to focus this week as most of my gaming interests are going to involve reading and talking about games as much as possible. However, I will put some time into the campaign of Red Dead Redemption, as it’s about time I actually moved the story forward instead of knifing cougars for spite. Any other downtime will be spent trying to ruin Cole’s records in Joe Danger which is turning out to be a better game than I expected. Of course, if my boy, Coopopolopolis, jumps back online, we are going to keep co-op’ing our way through the riveting 50 Cent: Blood on the Sand campaign. Bitch.

Colefacekilla
I had been playing Red Dead since it’s release but this past week I set it aside for the PSN exclusive Joe Danger. For a pretty simple game that you can get for $15, it contains a ton of different challenges within each level. It’s probably my favorite PSN game so far and I can’t wait to see what awaits me as I get further in the game.

Jadetiger CG
Finally hit lvl 70 last week in Modern Warfare 2. Decided not to Prestige since I still want to unlock a lot more things first. Overall, a lousy gaming week. Had to file complaints against 4 people who were harassing/stalking me. I did get Earthworm Jim which I’m enjoying. Takes me back. So glad that you can unlock the suit for your avatar. Such a weird game. Watching a lot of trailers for E3. Can’t wait to see more. 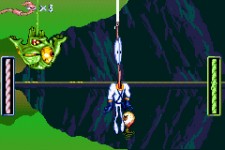 I’ve been playing through Red Dead some more. I’m trying to stay on that (not that it’s a difficult thing to do) and get through the main story. I think I’m getting pretty close and I’m looking forward to shooting Bill Williamson with a Shotty2thaFace! My buddy  has been crashing at my house the past couple nights and we’ve had ourselves a time with some Tecmo Bowl Throwback, too. At first the gameplay just feels too simple because of the updated graphics and being used to Madden. Once I got past that, though, it started getting really fun again and we had some intense games. I’m looking forward to a few more matches tonight! Oh I also tried the Field and Stream demo. Holy shit is that game terrible… you should try it.

Blue Awesome
I’m still exploring the world of Panau Island in Just Cause 2 now that I’m done with Red Dead. I found myself in Panau City after completing a stronghold mission there, and I’ve been amazed at how large it is. Before now, I’d mainly be exploring the rural areas and villages. Assassinating a Colonel on a rooftop with a sniper rifle and then fleeing the seen in a hijacked helicopter is all in a day’s work.

EndlessBen
My time for games this week will be severely lacking unfortunately. I’m still going to try to get some Alan Wake in and will probably do some Trials HD since that requires a little less commitment. I’ll also probably get in on a little XBLA Earthworm Jim action.

Pixelmixer
I’ll be playing Modern Warfare 2 and the new map pack. I would like to get some of the new games but have to wait a few weeks to save up for them.