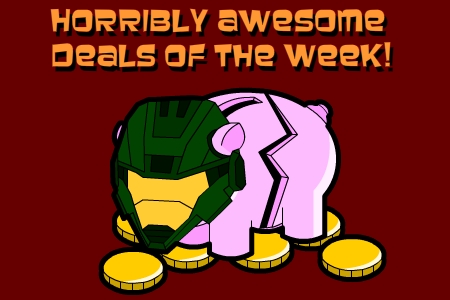 Hey poopfaces, I couldn’t help but notice your poopy faces looking pretty sad. Is that because you don’t have any games to play? Well if that’s the case, then I have some deals for you! If you’re sad about something else, like a break up or the possibility of credit default in Greece then I doubt these deals will help very much. 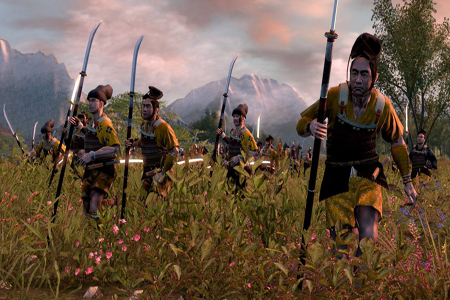 Those are really stupid haircuts

Total War, more like Totally Awesome War, this series is great for fans of both turn based and real time strategy. The big bonus; you can utilize ninjas and their mysterious ninja powers.

Even though most everyone else is playing MW3 or BF3, there are still those that prefer a more cosmic setting where power armor and laser weapons reign supreme over knife swipes and cursing teenagers.

Including such titles as Space Pirates and Zombies (33% Off), Project Aftermath! (50% Off), Frozen Synapse (60% off), Revenge of the Titans (75% off) and many many more! I approve of all of these games and my approval is very important. 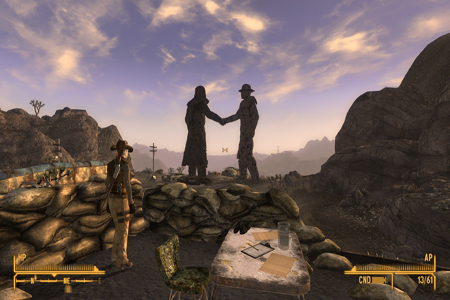 Despite what these statues may be doing, handshakes are few and far between in the Mojave

For those of you that aren’t into fantasy settings, Fallout: New Vegas offers up what I presume is the oposite of fantasy in the post apocalyptic landscape of the Mojave Desert and all the Rat Pack imitators that come with such a locale.

Pursuit of Hat – Free on Newgrounds 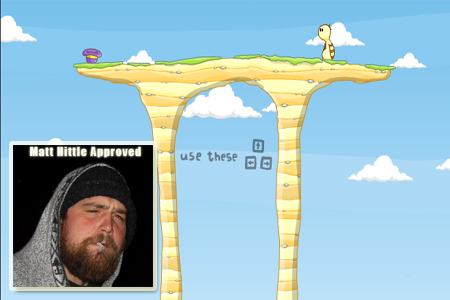 This guy benefits from getting ripped off. BOOM!

Matt “The Matt Hittle” Hittle said this game was pretty sweet and then I played it and I completely agree. Help your little onscreen budy navigate puzzles by ripping off your limbs. Sounds weird but it makes alot more sense when you play it.