E3 is upon us. Of course the best part of E3 is that the most newsworthy bits of information come out before it all actually starts, thanks to the media conferences all of the major companies put on. You can watch the conferences on your tv on G4, and online via UStream.tv and Gametrailers.com. Here’s the conference schedule so you can prepare for the flood of gaming goodness:

Keep up with all the E3 news all week via our Game Media twitter list at: http://twitter.com/horriblenight/gamemedia

In the meantime here is what we are looking forward to from E3 2010:

JDevL is underwhelmed by hardware 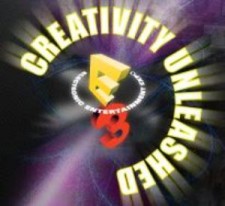 It's better than the slogan

This year’s E3 is an interesting anomaly, in that it is hardware focused, yet no new consoles are expected to be announced. I’m not interested in details about Project Natal / Kinect or PlayStation Move as much as I am in the reactions from gamers. Microsoft and Sony are putting a lot into motion controls, but I have yet to see their audience raise up and say they are actually interested.

I have come around on Nintendo’s 3DS, and I’m extremely excited to see this new handheld officially revealed. I doubted the DS, I doubted the Wii, and both surprised us all. This time, I’m done doubting Nintendo, and want them to show me an effective/casual use of 3D. At the same time, I want them to show the world why I still need a handheld system in addition to my mobile device.

Speaking of 3D, I am not excited about the influx of 3D announcements related to upcoming games. Expect more from Sony than anyone else in this area, as the PS3 has been updated to fully support 3D games and force you to buy a new Sony Bravia TV in order to fully realize them. This is a fad that won’t die, and will only increase as we get closer to new consoles.

Software wise, I’m excited to find out even more about Rock Band 3. A lot has been revealed in recent days, but Harmonix has promised even more details to be uncovered this week. I’m hoping for something related to subscription options for DLC. 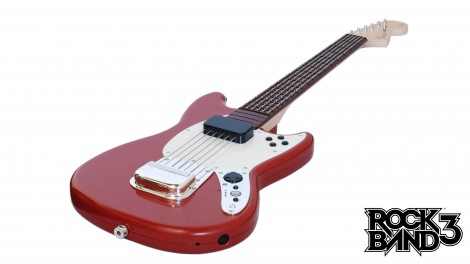 Other games/news on my watch list are: Gears of War 3, Bulletstorm, Xbox 360 Software Updates, L.A. Noire, WTF is the Wii Vitality Sensor going to be used for, say something Valve, Fallout: New Vegas, Insomniac’s first non-exclusive game, New Zelda game, and The Last Guardian. What am I forgetting, probably a lot, I’m too excited.

I always get excited for E3. For the past few years, I’ve watched each major press conference (Sony, Nintendo, Microsoft) streaming online and I plan to do so this year as well. I tend to agree with what Justin has said so far. Natal/Kinect and Move will dominate the event. Although I’m interested to see what both motion control systems are able to do, I already don’t play my Wii. I don’t want to spend money on something I’m not going to use.

Who out there cares about 3D gaming? It seems like with the success of Avatar people are jumping on the bandwagon, video games included. I have no desire for 3D until it can be glasses-free and even then I probably won’t care for it. The new Nintendo handheld rumors have been interesting but again that’s not something I would buy, but I definitely want to see the tech in action.

As far as games go, I’d like to see a new Zelda game announced that changes the stale elements from the series. I also want to see a firm release date on The Last Guardian and for the rumors of a HD of the two other Team Ico games. 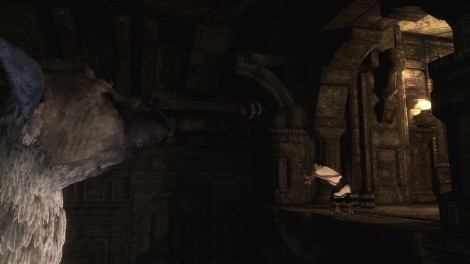 Say Hi, to The Last Guardian

Rockstar’s PS3 exclusive Agent is on my radar. Not a ton of information is out there right now so hopefully we will find out something about this mysterious game.

However, the thing I always look forward to the most is the surprises. I love being shocked at new games or hardware that hasn’t been rumored, which is rare these days with the prevalence of the internet. So, if there is one surprise announcement that I’m interested in, I’ll be satisfied.