If the words “No Russian” are familiar to you, then you know all about the controversy surrounding the fabled scene in Call of Duty: Modern Warfare 2. In “No Russian” players are placed in a violent and evil situation in a Russian airport. Without going into the details, you’re essentially committing a terrorist attack while undercover and innocent bystanders are killed. On Friday morning, a video was leaked across the internet and quickly snatched up by many video game blogs and sites that focused on a shocking scene in the single player campaign in the upcoming Call of Duty: Modern Warfare 3. When a game is as polarizing and popular as each one in the Call of Duty series, it’s going to draw a lot of attention; however, I can’t help but feel the all of the attention is only drawn to the coverage and headline rather than the context of the powerful scene. Most of the sites which reported the story are just aiding the onslaught of mainstream media like Fox to rip this scene to shreds, but I cautiously warn that we reap what we sow. 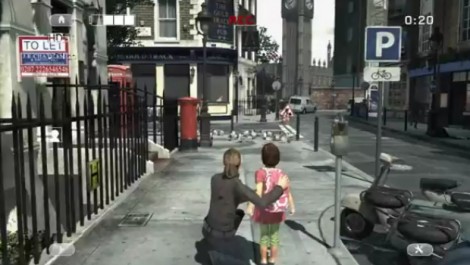 What are we to expect from M rated games?

A quick history of games

Video games have been around for more than 25 years. I’ve been playing video games since I was four, to give some context to the timeline of games. Even before I began playing video games, there was a small sect of games which were very violent for their time as well as some games that were sexually explicit in nature. The point is: video games are growing up with their audiences. As the video game audience matures, the content is coming with it and I may even argue the content is still a little behind the curve when considering the latest video game demographics.

Video games have taken the path of movies. When movies were first available, it took years before blood, gore, sex and in some cases violence were depicted on the screen. The subject matter may be “adult” in nature, but the content itself was presented very conservatively. The approach to video games has not been too different.

Once you realize what's going to happen. It's too late...

The “No Russian” scene was definitely powerful in that it was in first person and, as a player, you had the option to kill innocent bystanders. I can understand the concern due to the nature of the content at the time, but it was no doubt a powerful segment to the story. Could this have been just a cutscene where you aren’t in control of the character? Sure, and it may have been just as powerful, but the scene still played a role in the story as to why your characters were performing the actions you were asked.

However, a scene like this would go by unnoticed in movies or TV these days. I can’t even count all the movies in which a terrorist group marches into a bank, airport, plane or some other public setting and kills people. The main difference is that the movie is usually rated R because the content is mature. Modern Warfare 2 was rated M by the ESRB for a reason. The game and its content is clearly not intended for young audiences.

It is what we make it

The scene in question in Modern Warfare 3 is based in London in which a vacationing family is video taping their vacation. This is done completely in spectator mode, and the player is watching the scene play out. A truck explodes in the camera’s view, essentially killing the entire family including the young child. The young child seems to be the focus of the controversy.

Video games in the past have traditionally not included the on-screen death of children. This is not the first time, as a culture, that we’ve been exposed to the death of children or innocent bystanders through entertainment mediums. Movies, books and television shows have all touched on this subject in some way. In most cases it’s used to drive forward the emotion of the story or some other pivotal point.

Violence is part of the experience for most M rated games

As an industry, the more we look at this type of video as shocking or controversial, the more fuel to the fire other media has to prove a point. The fact is MW3 is rate M for mature. The content is not meant for minors. Most functioning adults should not be new to this type of content and understand the gravity and context of the situation before them. It is also the responsibility of adults to inform parents of minors who may play any game that it is mature content and should be handled with discretion. This scene is only controversial if the game is rated T or lower because you’re not appropriately presenting the content with the right context.

Inform and move on

Do I advocate the death of children in any entertainment media? Not necessarily. I am a father of two, and seeing a child in those positions certainly creates anxiety for me. What I do advocate for is realism and some emotion. I need a call to action. I need to feel why it is necessary to enter the battlefield and put my character in harm’s way. A top-down view of London wouldn’t have been nearly as powerful as the vacationing family. You put yourself in those characters’ shoes. What if it were my family caught by this stroke of misfortune?

While the scene’s circumstances were unfortunate, I don’t believe the video is shocking. It’s powerful. It’s emotional. I’m going to take the position that that’s what the game developers were going for. Capturing emotion and the “why” you’re taking action in games is often lackluster. You usually can get the point, but you rarely get the feeling of “I need to take this guy down.” If this is what they were going for, I’m okay with the scene’s premise. Most importantly I maintain the game is rated M, and the content is going to be mature subject matter. If the content is disconcerting to younger audiences, then, as parents and adults, we need to make sure our children are viewing what is appropriate for their age. The video game industry has the responsibility to provide facts and defend the ratings which are provided with the games. Let me know when the ESRB fails us and gives us a rated E game with the same exact scene. Then you’ll shock me.

6 Comments → It Doesn’t Matter: Modern Warfare 3 has a ‘Shocking’ Scene