Halloween is seen by many as a day for dressing up in silly costumes and parading around town in order to beg for candy. In reality, Halloween is probably the most dangerous time of year due to the shifting proximity of the spirit world and our own. For those of you willing to risk your lives and the lives of your children, trick-or-treat away but the intelligent few should to stock up on supplies and barricade yourselves indoors until the sun rises on November 1st. That being said, connoisseurs make the most of bad situations so once you’ve secured your location, why not play some spooky games?

Oldies but goodies, these games may require a bit of craftiness to get running (or locate) but deserve an honorary place on your Halloween gaming list nonetheless. 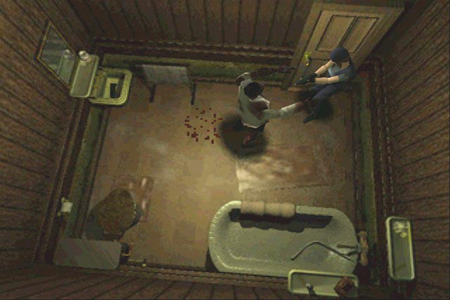 Sorry chief, I thought this was a multi-person restroom.

Resident Evil (PS1, PSN) – The first video game to truly make me poop inside my pants, Resident Evil is a bit difficult to play nowadays due to its god awful control scheme (it was a bit tough to play then too) but the setting combined with the desperation of having limited armaments makes for a truly frightening experience.

Silent Hill (PS1, PSN) – Where Resident Evil had a semi-scientific foundation to its horror, Silent Hill is all about the mysterious and evil forces that lie just beyond man’s comprehension. I still cringe every time I hear a tornado siren, praying that the walls around me don’t suddenly melt away to reveal a rusted mesh cage.

Eternal Darkness: Sanity’s Requiem (Gamecube) – One of my favorite games of all time, Eternal Darkness utilized clever mind games in addition to its onscreen horrors to create a tension filled experience that could literally drive players to madness (or at least make them feel like they are). I stayed up all night to play through this game, which is probably the best way to play it (though my coffee intake spelled disaster once morning rolled around, paranoia doesn’t flutter away once the game ends).

These games benefit from well-developed settings that indirectly illicit fear before the real horror has even arrived. 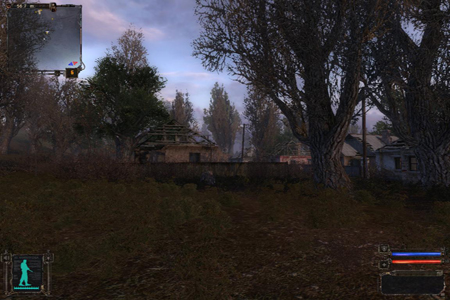 Boy am I tired, perhaps I'll stop in that lovely little ghost town.

STALKER Series (PC) – If you haven’t played the STALKER series, you’ve done yourself a grave injustice. While they tend to be a bit buggy, the experience of strolling through the abandoned Ukrainian wastelands surrounding the ill-fated nuclear facility is chilling and unequaled in gaming today. The fact that you’re dealing with a complex ecosystem filled with mutants, bandits and an unstable environment makes for some interesting scenarios and by interesting I mean varied in the ways your pants will fill with urine.

Left 4 Dead Series (PC, Xbox 360) – The Left 4 Dead series wasn’t exactly scary, per se, but visual clues of a world gone mad and the constant threat of being cornered by a mob of hungry undead makes for a tension-filled journey that can and will go south when you least expect it. There’s nothing like being dragged away from your party by a Smoker or having a Witch wake up while you attempt to quietly slink past her location.

Dead Space (PC, Xbox 360, PS3, IOS) – The very reason why I dropped out of astronaut training, Dead Space goes about the business of giving you cold sweats with creepy noises, a lonely outer space setting and a foe that has evolved for the strict purpose of haunting the dreams of children.

Doom 3 (PC, Xbox) – The king of “jump scare” games, Doom 3 made screaming like a girl (or an even girlier girl if you’re already female) a regularly occurring action as you explored the industrialized portrayal of Mars.

Metro 2033 (PC, Xbox 360) – Where the Ninja Turtles made living in a sewer seem hip, Metro 2033 journeyed to the other side of the stinky, subterranean spectrum to frighten anyone that thinks that escaping below the surface is a safe sanctuary from a nuclear holocaust.

Red Dead Redemption: Undead Nightmare (Xbox 360, PS3) – The Wild West made wilder by the spread of a zombie plague, RDR’s vast setting and isolated towns made for a perfect playground for the undead. Zombie mountain lions, wolves and bears oh my!

It’s pretty easy to feel confident in your ability to combat the force of evil when you have super powers or barrels of ammunition, but these titles not only limit your resources, they often times leave you completely helpless 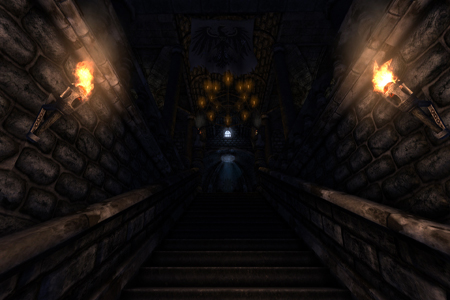 Amnesia: The Dark Descent (PC) – This is the game for people who don’t think that playing games can be scary. If you thought the limited resources from Resident Evil were tough to work with, try surviving Amnesia’s horror without any sort of weaponry and limited light.

Penumbra Series (PC) – Similar to Amnesia (same developer), Penumbra doesn’t require as much killing as it does puzzle solving, which is made difficult when viewing the game through half-opened eyes. Don’t let the mediocre graphics keep this out of you queue, it’s worth your time.

Call of Cthulu: Dark Corners of the Earth (PC, Xbox) – Fans of Lovecraft will adore this game, but its scares are universal. The stealth based game loosely follows the narrative of “Shadow over Innsmouth” with a few added twists to make the short story more palatable for gaming fans. On a side note, the mechanic for restoring health is surprisingly deep and adds to the overall desperation you’ll feel from being outgunned the entire game.

After running and screaming for so long, sometimes it feels good to duct tape a flamethrower to a pulse rifle or grab a chainsaw and turn the tables on the horrible legions that have been stalking your every move. 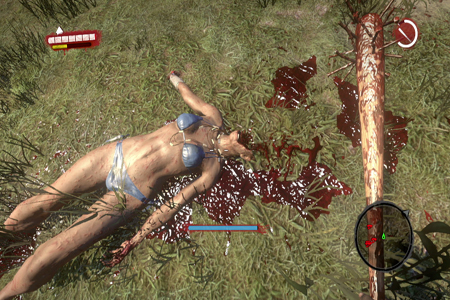 Dead Island (PC, PS3, Xbox 360) – While blowing a zombie’s head off with a shotgun is satisfying, there’s nothing better than going melee on the undead to make one feel truly bad-ass. While it’s not without its technical issues, the fun factor in Dead Island is through the roof and the added component of online co-op allows you to put together the zombie street fight gang you’ve always desired.

Dead Space 2 (PC, PS3, Xbox 360) – Alien is to Dead Space where Aliens is to Dead Space 2. It still has its fair share of scares, but the action is ramped up from the very beginning, giving you ample opportunity to dismember Necromorphs in a variety of ingenious ways (you’ll learn to love shooting electrified javelins into the torsos of your enemies by the end of the game).

The Haunted: Hell’s Reach (PC) – I just reviewed this game and had to add it to the list as it encompasses sticking it to Hell’s minions unlike any game I’ve played for quite some time. Shoot, slash, stab and roundhouse kick the crap out of the demons that think taking over the Earth is going to be easy.

Killing Floor (PC) – When life gives you a mad scientist’s army of bizarre mutants, make bizarre mutant lemonade. The game is an absolute joy to play with friends and, despite being a faster-paced FPS, it still evokes constant feelings of dread as you attempt to find the safest place to let loose a barrage of bullets.