When we first started talking about coming up with a charity arm of Horrible Night, I became excited. Until that point, it had never dawned on me that we could take this passion of ours and use it for a good cause. Video games have been painted in such a negative light by the media over the years that I questioned whether or not we could make a difference. As we discussed it further, I knew that video games could be used in a positive way and that we had to help spread that idea. As I thought about different ways to help, an experience from my past resurrected itself in my head. I had had my own experience with video games and staying at a hospital. 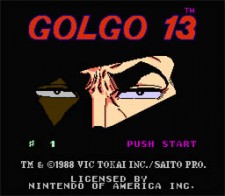 Never saw this anywhere but the hospital

I’ve been in the hospital three different times for three different surgeries. None were life threatening and each time my stay was only for a couple of days. However, during that time I gained a little insight into what it was like to be stuck there. Living in a hospital is a pretty boring existence. One of the times I was there, I got the chance to play some video games. The nurses wheeled one of those television carts we all remember from school into the room and hooked up to it was a Nintendo Entertainment System. The only game I remember playing was Golgo 13 and I don’t recall if I had any other choices. The fact that I was a 11 year-old kid playing one of the most adult and violent games on the NES makes me laugh now. At the time I was just happy to have a familiar friend in my hands.

That day stands out to me above any other day spent in the hospital. We want to help make it so kids have those stand-out days all of the time. Make-a-Wish does it with celebrities like John Cena. We want to give the kids and opportunity to be able to beat up John Cena in the latest wrestling game. These kids aren’t able to go outside and run around with their friends. In fact, some of them haven’t seen their friends in months or don’t have any outside of the hospital. What video games can help bring these children is an escape. They might not be able to go outside and play basketball, but they can have an outlet for their competitive spirt by playing NBA Jam.

Not only will video games undoubtedly help the children break up the monotony of their day, it will also give the parents a break. It is extremely hard to imagine what the parents of these children go through. To try to stay positive in front of their kids at all times must be mentally and physically exhausting. Video games can also provide them a way to relieve some stress. If that means getting out of the room while the child gets deeply engrossed in the latest Final Fantasy or grabbing a controller and challenging their child to the Mushroom Cup trophy in Super Mario Kart, it can make the day easier to get through. 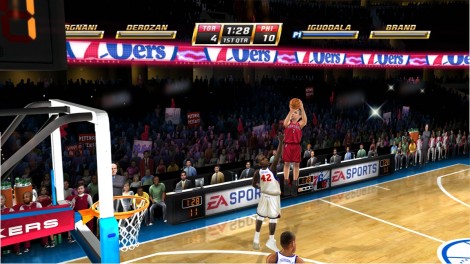 ...because a slam dunk is only worth 2 points

Giving children who are very sick the opportunity to take their mind off of their pain and struggles is something everyone should strive to do. While reading and watching TV can be great ways to help pass the time, video games are an entertainment medium like no other. Nowhere else will you be able to find such a wide variety of storytelling. Whether it be through a spy thriller or fantasy in a far off land, the ability to make choices that affect your characters and the way the story plays out gives a sense of control that you can’t get from a book (Choose Your Own Adventure books notwithstanding) or TV show. But we want to be smart about which games are chosen. Games can be violent, bloody and feature scantily clad women. Even though they might see such things on TV, bringing video games into hospitals needs to be a positive experience for everyone involved. 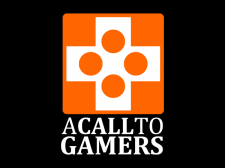 I want to share the positive experience I had playing video games after a surgery with kids who don’t have the chance to leave as soon as I did. It made an impact on my stay there and I would love for other children to experience that as well. This weekend we are doing a 24 hour gaming marathon to help spread the word about A Call to Gamers (ACTgamers.org), Horrible Night’s community service organization. We will be raising money and giving it all to Child’s Play. We hope that this event will help spread the word about organizations such as ours and Child’s Play. Not everyone will be able to meet John Cena or their favorite celebrity, but every kid should get the chance to play video games.