I’m not one of these people who are so into politics that it clouds my judgment one way or the other. Although sometimes when I see or hear some of the stupid stuff being spewed out by the crazy folks over at the Fox News Channel, I am compelled to form an opinion and say something. This is one of those times, so bear with me. Insults will be hurled and I might even stoop to their level of not having all of the information before making my outlandish opinion known the world over. 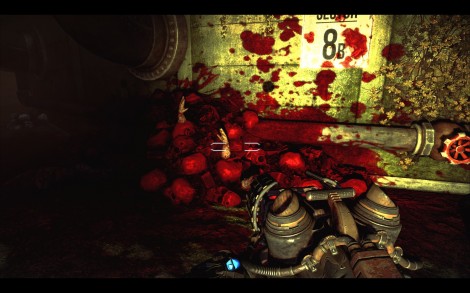 We already covered Bulletstorm. What's next?

Imagine you are a host of a conservative talk radio show trying to get your ugly mug on television. You could talk about the many ways President Obama is ruining this country, chiefly among them, he’s a foreigner. But you think to yourself, “That’s been done so many times before, what will make me stand out?” You start going over the bullet pointed list that is handed out by the Republican leadership to every ultra-conservative media type and come up with a few ideas. You pitch these ideas to the network and they are all rejected. “We have our regular contributors covering these topics already. We like you, so come up with something unique and we will definitely put you on one of our shows.” So you go back to the drawing board and your DVR. You pore over countless hours of The O’Reilly Factor, Hannity, On the Record with Greta van Susteren, and Fox & Friends to try to come up with a topic they haven’t covered in a while. Finally you land on something. Bulletstorm was the last major video game controversy that the folks at Fox News gave impassioned arguments about, what about something like that? You don’t want to cover violence, because it’s a little passe at this point so you think, “What could possibly be in video games that subliminally pushes the liberal agenda? Two games that are at least 2 years old! That’s relevant, I’ll cover that.”

Watch out for those liberal agenda promoting games like flower.

TJ McCormack, the man who the hypothetical paragraph above was referencing, came on Fox & Friends with host Clayton Morris stating that the “green police” have now invaded video games. My favorite part of the whole news piece is the split screen juxtaposition of Call of Duty and flower. The implication here is that a game promoting a liberal agenda is way worse for kids than a realistic military focused shooter. Ummm…yeah. You’re against video games that aren’t fun, is that it? While I haven’t played Sim City Societies, I have spent a ton of time with flower. It’s hard to say that game isn’t fun. Sure, it might not be a game in the traditional definition of the word but it’s trying something different and unique. Something that all art (now you’re going to tell me that video games aren’t art; The Supreme Court disagrees) strives to accomplish.

Last year when NBA Jam was released Peter Moore (now COO of EA, then the President of EA Sports) went on Fox News for a promotional interview only to be asked “is NBA Jam bi-partisan?” Who the hell cares if a video game is bi-partisan? The people at the fair and balanced network, that’s who! Because one of the interviewers “heard” that Obama had special abilities that her beloved Republican candidates might not have, she had to get to the truth. It wouldn’t be fair if Obama and Biden had better stats than Palin and McCain. But for someone to even ask the question is missing the point. Clinton and Gore were in the first game because they were in office at the time. This is just a call back to that, plus both parties are represented in the game to have it be bi-partisan. And only the people who work or watch Fox News would care about the fact that both parties would be represented. That thought never crossed my mind once, although I can see how a network that covers video games once a month when something controversial is discovered would focus on something that has nothing to do with the game.

The green police have invaded my video games. NOOOOOOOOOO!

Maybe Fox News are just trolls. They put out these ridiculous things knowing that it will get people talking. Well, they succeeded with this one. Perhaps that was TJ’s goal. A segment of the population that rarely discuss what kind of content Fox News covers is now talking about Fox News. I fell into their trap. Damn.

That’s the rub with Fox News. They aren’t covering games to let people know about the latest release or how good a game it is. They always present their viewpoint on a controversial topic, even when it’s a made up one just to fit into said viewpoint. Stop using video games to strengthen your agenda and stop blaming them for trying to promote the liberal one. Games are created by people of all different ethnic, religious and political backgrounds. The same people that this country is inhabited by. You claim to be fair and balanced but that is laughable. Your opinion doesn’t matter on video games because you don’t care about that form of entertainment. Quit trying to be sensational and just give ’em the facts ma’am. But then you might actually live up to your tagline.