Meanwhile… we’ve actually been playing games. Each week we recap our recent gaming experiences and tell you what we’re looking forward to, so you can use your time more wisely than we have. The Justins head off to Seattle to play with the future, but until then our games are all about the past. Unless of course your are Alex and have to make do with what you have after a death in the family. 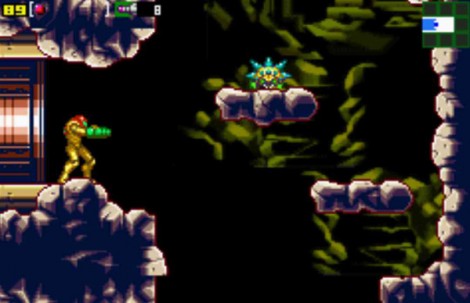 Wow, did that short week kick my ass. Just as I feel like I’m finally settled into my new place and I’m ready to get my game on, I leave town. But hey, it’s to go to PAX to play a ton of new games so I can’t complain. I did manage to put a few solid hours into Puzzle Quest 2 thanks to my Bejeweled obsession on Google+ lately. PQ feels like a much better use of my time though, and the quest structure / dungeon crawling is quite well. I may actually finish this one.

As for PAX and the upcoming games. I’ll be bringing an old friend with me in my Game Boy SP. I plan on focus my time on Metroid: Zero Mission as I’ve just been feeling like playing a traditional Metroid game lately, and I prefer Zero Mission over Metroid Fusion. I’ll probably get some WarioWare in as well. Once I get to the convention hall, I’m looking forward to getting my hands on Borderlands 2 and witnessing a bit of BioShock Infinite and Skyrim. That’s just the tip of the iceberg though, as I’m more excited to find the games that I know nothing about right now, but end up loving by the end of the weekend. 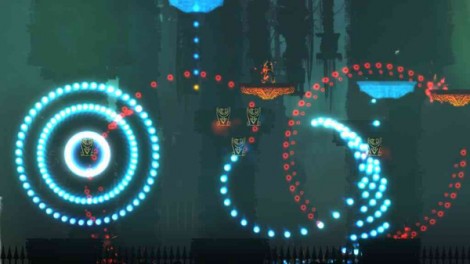 I wouldn’t say that this week has been gaming-light, but between PAX and planning a wedding (NOTE: Guys – if you get contracts signed as early as possible, it cuts down on the well-meaning relative/friend trying to give you great-but-expensive ideas at a later date), I haven’t spent a lot of time in in-depth gaming. I’m still playing some Fruit Ninja Kinect – Coop has joined Justin L. and me in our endless war against evil, flying fruit and gave me some challenges on Tuesday evening after work. On top of my ninja skilz, I’ve continued my quests in Outland before I move on to more MetroidVania gaming with Insanely Twisted Shadow Planet and Bastion, two Summer of Arcade games I have yet to play but am psyched to get into. Finally, I downloaded a game for Android called Spirit, which meets its goal of providing a fun, difficult and totally retro-style gaming experience on the touch screen. It also gives some credence to Justin L. and Josh Lee’s complaint about a missing D-pad, since my finger can obscure enemies…but I’m not sure how else the controls could have been done for the way the game is played. 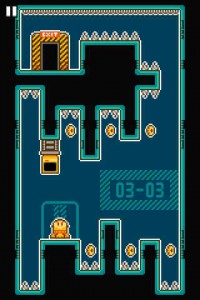 I’m still feeling the pain of being xbox-less. I was even talking about Arkham City with my wife the other day and she said we’d have to get a new one before that game releases since it’s blasphemy to play actual games on our PS3 (one more reason why I love her). So in the meantime I’ve been living the mobile gaming dream. I spent quite a bit of time with Baby Monkey (going backwards on a pig) before giving up shortly after besting 100k points. Next on the list was The Last Rocket by the infamous developer/designer/composer Shaun Inman. There will be a review coming up on this game for sure, but I’ll just say it’s an iOS game with a kick ass retro art style and soundtrack that’s fun as hell to play! The last group of games I’ve been playing lately are some choice titles from Ludum Dare 21, the 48-hour game jam. This edition of LD had almost 600 entries including some amazing entries by Notch (of Minecraft fame), and Adam Atomic (creator of Canabalt and many other pleasant diversions). Now, I just wait to get a new 360 so I can play the Summer of Arcade games and get back to BioShock (which I was playing when my console died) until The Dark Knight and miss Harley Quinn take over my free time once again! 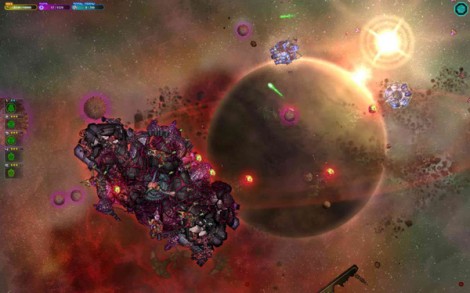 But what about Space Zombie Pirates?

Man, it’s been quite the week and not in the “found a million dollars way”. Work has been pretty busy, but I’ve had a bit of time to sink into Space Pirates and Zombies and have finally gotten to the part where zombies are featured. Very unique take on zombie infestation and it adds a whole new element to the game as zombies can board your giant space cruisers and infect your crew from within. You literally have to release infected crew into space to prevent a complete take over on the ship. Pretty freaking awesome.

I am targeting a long weekend here soon for a Borderlands completion, though I’m getting stuck on trying to finish all the quests and a few are well below my level. Still love that game and it’s getting me geared for Rage, which is different enough but will seemingly play to a similar audience. 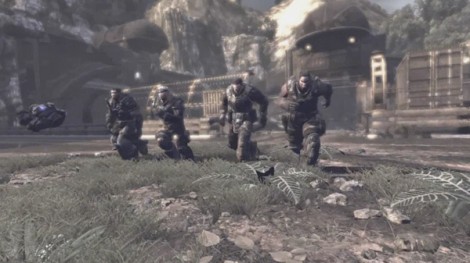 Well my week isn’t going to change that much from last week. I still want to play a whole lot more of both Darksiders and Portal 2. However the realization that Gears of War 3 is coming out really soon is making me think that I should finally finish my second playthrough of Gears of War 1 so I can finally get into Gears 2. What a tough week of hard decisions I have ahead of me.

Plus, PAX is this weekend and I’ll be following the news from Seattle but maybe I should just sequester myself in front of the TV and bang some games out. Its been a minute since I had any really long stretches of gaming so I’m due.