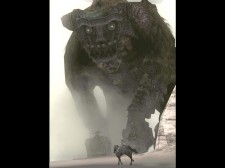 I’m not a fan of being teased, nor am I a fan of commenting on rumors, but having witnessed the possibilities of one of my favorite games of all-time being re-released in high definition, sometimes I can’t contain myself and I have to risk pulling others into a potential letdown. Last week, rumors started that the Team Ico collection will receive the God of War Collection graphic overhaul and they will be releasing Ico and Shadow of the Colossus next year on the PS3 in anticipation of their new game, The Last Guardian. Both Ico and Shadow of the Colossus are two of the most revered and artistic games of the PS2’s enormous library.

To keep our heads spinning, Digital Foundary used PC emulation to produce videos showing what both games could look like in HD. Check out the jaw dropping results below.

There is no way to gauge the likelihood of these rumors, but the timing of the release makes sense and would be a great marketing move for Team Ico’s new game. The fact that the original ICO didn’t sell well in spite of receiving critical acclaim, and pairing it with its more successful cousin that suffered to achieve its true potential on the limited PS2 hardware, this could be the ultimate collection for old and new fans alike. Make it happen, Sony!