When I was a young child, I was used to my favorite action movie heroes dispatching real world adversaries like the Russians. Later in life, I noticed the regularity of middle eastern terrorists and warlords in my favorite summer blockbusters. Running parallel to these conflicts were those I faced in video games, which shared quite a few similarities to those featured in aforementioned films. I was ok with such characterizations as during these times, there was some definite beef going on between us and them. When I played Modern Warfare 2, I recognized an enemy from my past, yet it didn’t feel quite right as Russia wasn’t exactly threatening us with nuclear holocaust in the way the Soviet Union was many years ago. This got me thinking about how these enemies feel in real life when they’re still the villains in American media without a current war going on? 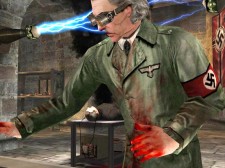 It’s very easy to vilify the Nazis in games because World War 2 was a very black and white conflict; they tried to steam roll Europe in hopes of world domination and the combined Soviet/Allied assault had to stop them. I believe the same can be said for terrorist cells, as well, since they tend to kill innocent people. But Russia continues to be featured as the bad guy and I struggle with this. In reality, I kind of like the idea of Russia and one of my favorite MMA fighters is from there, so it can be a bit tough to get motivated in a game to shoot at them. Are they insulted when they get a copy of a game and realize that, once again, the featured bad guy is them? I wonder how I would react to Americans being the bad guys in a game as it doesn’t happen very often.

Then I think about the other constants in the world of video games, enemies like skeleton soldiers and giant bats. I can’t think of the last time we fought against skeleton soldiers (probably in ancient Greece, but plenty of time has passed since then without any kind of bad blood). I guess that in hindsight, it’s been very easy to destroy these creatures without fully understanding how they might feel being the focus of gamer angst. Skeleton soldiers are just like you and me, except for the fact that they don’t have flesh or organs. We’re merely assuming that the wizards that created them are bad wizards (another issue that’s quite rampant in the video game world as well since good wizards do exist and are poorly represented in the gaming world). 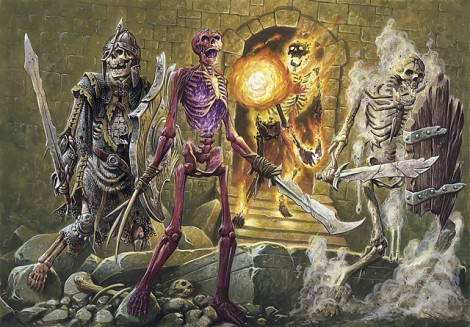 Notice the old weapons? Yeah, we've grown since then...

You’ve done this to yourself

Now, some enemies belong in the category of bad guys, as vampires, zombies and werewolves have that Nazi air about them in the sense that they tend to destroy innocent lives. I’m ok with this; people can continue associating these creatures with evil. Same can be said for demons, blobs and giant squids, they all earned their reputations. But what about aliens and robots? I, personally, don’t trust robots, but that is a personal bias that resulted from watching Terminator and having my father relay to me that machines will take over. This is not exactly the information one can handle at five and still be able walk hand in hand with our cybernetic brethren. Aliens though…aliens are rarely placed in the role of a human ally, which could cause a huge misunderstanding in the future should they arrive on Earth to benefit humanity. The thing is, not all aliens are bad and there are many different types out there in the universe, some of which are in fact into probing but some just want some Reese’s pieces. I’d hate for intergalactic diplomacy to be weakened by the constant thrashing of extraterrestrials in the digital world. 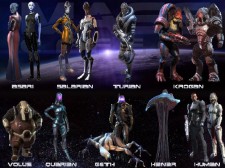 We come in all shapes, sizes and have varying degrees of interest in your anus

I am not suggesting that bad guys have to spring from real world conflict, if that was the case, then games would get pretty boring (terrorists are starting to run their course, in my opinion). However, I do think that we need to keep in mind the feelings of those groups we place in the cross hairs on a regular basis. Perhaps by reaching out to these individuals, we can make for certain that there are no hard feelings. In the case of skeleton soldiers, some kind of outreach could be funded by gaming companies benefiting from the success of a game featuring the bony brawlers. An outreach perhaps focused on connecting these warriors with the families of the people whose skeleton they now control. With aliens, we can make sure that we give them an opportunity to shoot at us, too, as humans probably scare them as much as they scare us. We want to make sure that for every possible wedge we place, we give two chances for bonding.

I know it’s impossible to keep everyone happy in these situations, and I am not one for infusing the political correctness that this country is obsessed with into all of our games. That doesn’t mean we can’t stop and think about the other side of the story when we play our games. The perspective that illustrates a struggling skeleton soldier’s quest to provide food for his skeleton family and the unfortunate wrong place/wrong time scenario that caused a rookie adventurer to incorrectly interpret his bony outstretched arms as an attack and not a hug. Where his family merely lost a father, we lost the chance for a beneficial alliance with an entire race of creatures.